Men’s and women’s cross country opened their seasons on Sept. 10 in the annual Indiana Wesleyan Twilight Invitational. Both teams saw a plethora of personal bests as the men’s team came in second place and the women’s team finished first.

The event contained some of the strongest programs in the country, as four top-10 teams competed in the women’s race and three in the men’s race.

Brennan, who said her goal was to break 19 minutes, clocked a career-best time of 18:39.9, finishing fifth.

“Leading up to the race, I felt really good in practice, and felt like I was running a lot better than I have been, so that helped me stay positive before the race,” Brennan said. “Going into the last six or eight hundred (meters) I just told myself I’m not going to let someone (catch-up) and am going to try to put myself in the best place.”

Finishing behind Brennan for the Trojans was sophomore Ahna VanderWall in seventh place. Freshman Lynae Ackley finished at No. 14, and juniors Madeline Purdom and Brooke Studnicki finished up the scoring five at No. 24 and 26.

On the men’s side, senior Daniel Gerber clocked a time of 24:38.9 in the 8k race. Gerber, along with seniors Alex Helmuth and Derek Van Prooyen stayed in the front pack, until Gerber separated himself late. Gerber’s time was the fifth-best in school history, and Van Prooyen’s was right behind as the sixth-best in Taylor history.

“It’s helpful to have your teammates up there with you,” Gerber said. “We were talking to each other, encouraging each other. You can kind of gauge your pace and work together.”

Gerber said as he reached the final 200 meters, he could see the leader struggling and gave it a shot. His final sprint was just enough.

This senior took home NAIA National Runner of the Week honors for his performance.

Senior Connor White and junior Josh Harden rounded out Taylor’s scoring five at No. 23 and No. 38, respectively.

While the men’s team finished second behind Indiana Wesleyan, TU still saw some of the best times in school history and Head Coach Quinn White thought it was a strong day overall for both sides, and that underclassmen stepped up in replacing those who graduated from last year.

“Wesleyan ran great,” White said. “I can’t be upset that they beat us, because they ran really well. It was a good start to our year.”

12 of the 16 runners between the men’s and women’s teams set personal records.

“They were healthy, they trained well over the summer and they believed in their gift,” White said about the high number of personal bests.

White highlighted that he’s less concerned about the result and more concerned with the day-to-day and believes that it will better orient his teams for the postseason and key races that come later in the year.

That focus has shined through the teams’ “One Word” for the season, which is “present.” This is the ninth year the team has picked a single word to guide them through the year and establish an overarching goal. White said this year’s word is intended to drive the team to be actively engaged in the current moment. 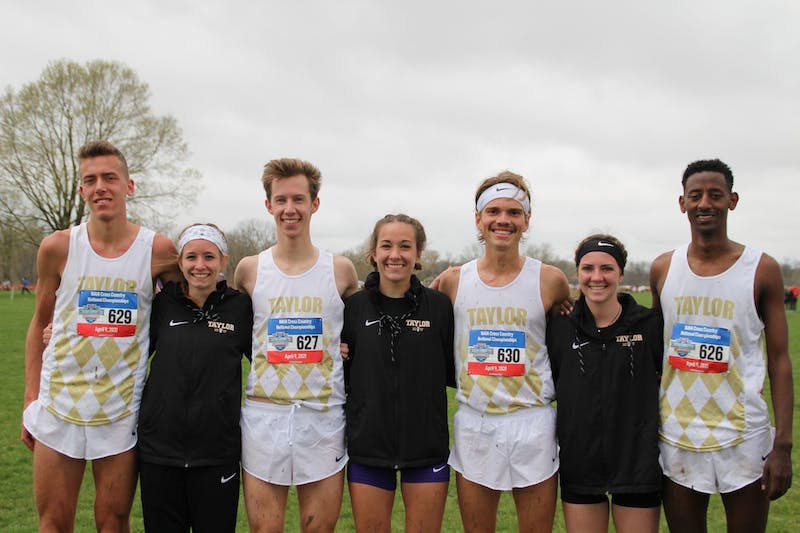