Supreme Court seat up for grabs

The 87-year-old’s death was the result of a battle with her health. A statement released by the Supreme Court announced that she died in her home from complications with metastatic pancreatic cancer.

“Our nation has lost a jurist of historic stature,” Chief Justice John Roberts said. “We at the Supreme Court have lost a cherished colleague. Today we mourn, but with confidence that future generations will remember Ruth Bader Ginsburg as we knew her — a tireless and resolute champion of justice.”

Ginsburg will be remembered for her activism in promoting gender equality and fighting for marginalized groups, all of which were displayed in her rulings on landmark court cases such as United States v. Virginia and Sessions v. Dimaya.

These ruled, respectively, against gender-exclusive admissions policies which then set a precedent of gender equality being a constitutional right, and that certain non-citizens could not be expelled from the country.

“When I'm sometimes asked when will there be enough (women on the Supreme Court) and I say, 'When there are nine,' people are shocked,” Ginsburg famously said. “But there'd been nine men, and nobody's ever raised a question about that.”

Commonly referred to as “The Notorious RBG,” Ginsburg is known for the quote, “I dissent” in the case of Bush v. Gore.

Ginsburg also had the honor after her death of becoming the first woman to be laid in state in the Capitol on Sept. 25. This also made her only the second Supreme Court Justice to have this privilege.

With a new term in the Supreme Court just starting, many are wondering who will fill the newly vacated ninth seat.

"My most fervent wish is that I will not be replaced until a new president is installed," Ginsburg said in an interview with NPR.

Though Amy Coney Barrett has been nominated by President Donald Trump, she will still have to undergo a rigorous confirmation hearing to secure a spot as a Justice of the Supreme Court.

With a Supreme Court seat having never been empty this close to Election Day, the future of the Court is up in the air, just like much of United States politics at present. 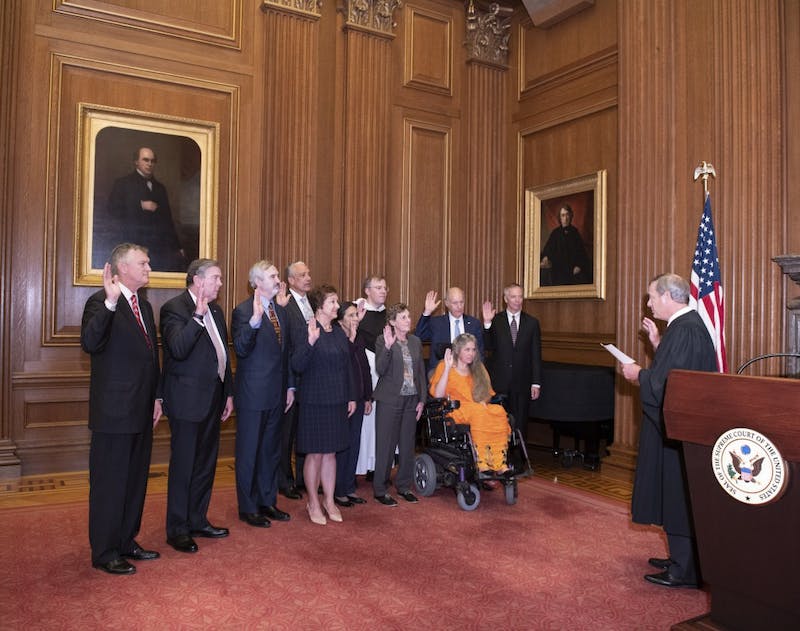 Breath of fresh air for Taylor