Mail-in voting during the pandemic

Of all the things to become politicized this election season, I honestly did not anticipate the post office to be dragged into things.

There are relevant issues to address there, but the United States Postal Service (USPS) has been in an upheaval for years. Although there were glory days of the USPS, where they solely lifted the communication of the U.S. upon their shoulders, it has been in shambles for years.

The USPS provides the only form of communication that delivers to everyone with an address, regardless of where that address is. As an entity of the government, the USPS’s main goal is to serve the public, not make a profit.

Because of this, any citizen with an address can receive communication from the government concerning voting, taxes, etc. It is the very reason the USPS was founded by Ben Franklin in 1775 while the First Continental Congress was trying to become a unified country.

So, why should we care about it right now?

There are a lot of elements to why each political party is making the USPS a point of contention.

Firstly, the USPS is supposed to run by covering the costs of its services with the cost of sending items in the mail. This worked for many years, but the USPS has been losing money since the internet undercut its mail traffic. Although it could adapt in a number of ways, the USPS is often stalled in decision-making as an entity of the government.

Because of this deficit, there is a strong dichotomy in how to fix it. Some politicians propose the government give a one-time subsidy, others suggest funding it indefinitely and others question the legitimacy of having a national postal system at all.

As the post office attempts to address some of these issues, Postmaster General Louis DeJoy made several unfavorable budget cuts, which stalled mail delivery and worried both political parties about mail-in voting, which is expected to be much higher this year.

However, this realistically would not be a huge influx on the USPS. According to the USPS fact sheet, the post office delivers 189.9 million pieces of mail every day. Based on voter turnout in the 2016 presidential election, there would be 139 million ballots if every single person voted by mail.

Seeing how they normally deliver 2.5 billion pieces of mail during the holiday season, election season would be a breeze even if every person voted by mail.

As for those looking to privatize mail delivery, first take into account that UPS delivers just 15 million and FedEx just 6 million daily.

Additionally, FedEx and UPS simply do not accommodate customers in the same way, delivering to every part of the country. In fact, FedEx commonly relies on the USPS to fulfill the final steps package deliveries.

Ultimately, there is one thing that is essential to know: voting by mail is still a viable option.

Although President Donald Trump has blown up Twitter, bringing worries that he would not respect the outcome of the election because of mail-in voting, Miller says this is largely just talk.

“It’s entirely possible that with mail-in ballots, one candidate could appear to win and then another ends up winning,” said Jakob Miller, assistant professor of American politics. “The federal government can’t decide not to count a vote. If you’ve done everything correctly, you have voted and it will be counted.”

To vote by mail, first register on vote.org. On the same website, click your state of permanent residence and request a mail-in ballot. Reference your state’s mail-in voting requirements on the government’s website.

The following are important stipulations for Indiana available at in.gov:

Surely, consider opinions about the future of the post office — it’s still a relevant topic of discussion while it’s bleeding money — but don’t let worries about mail-in voting stop you from voting.

Neither rain, sleet or snow can stop mail delivery — neither can the pandemic, election season or Twitter threats. 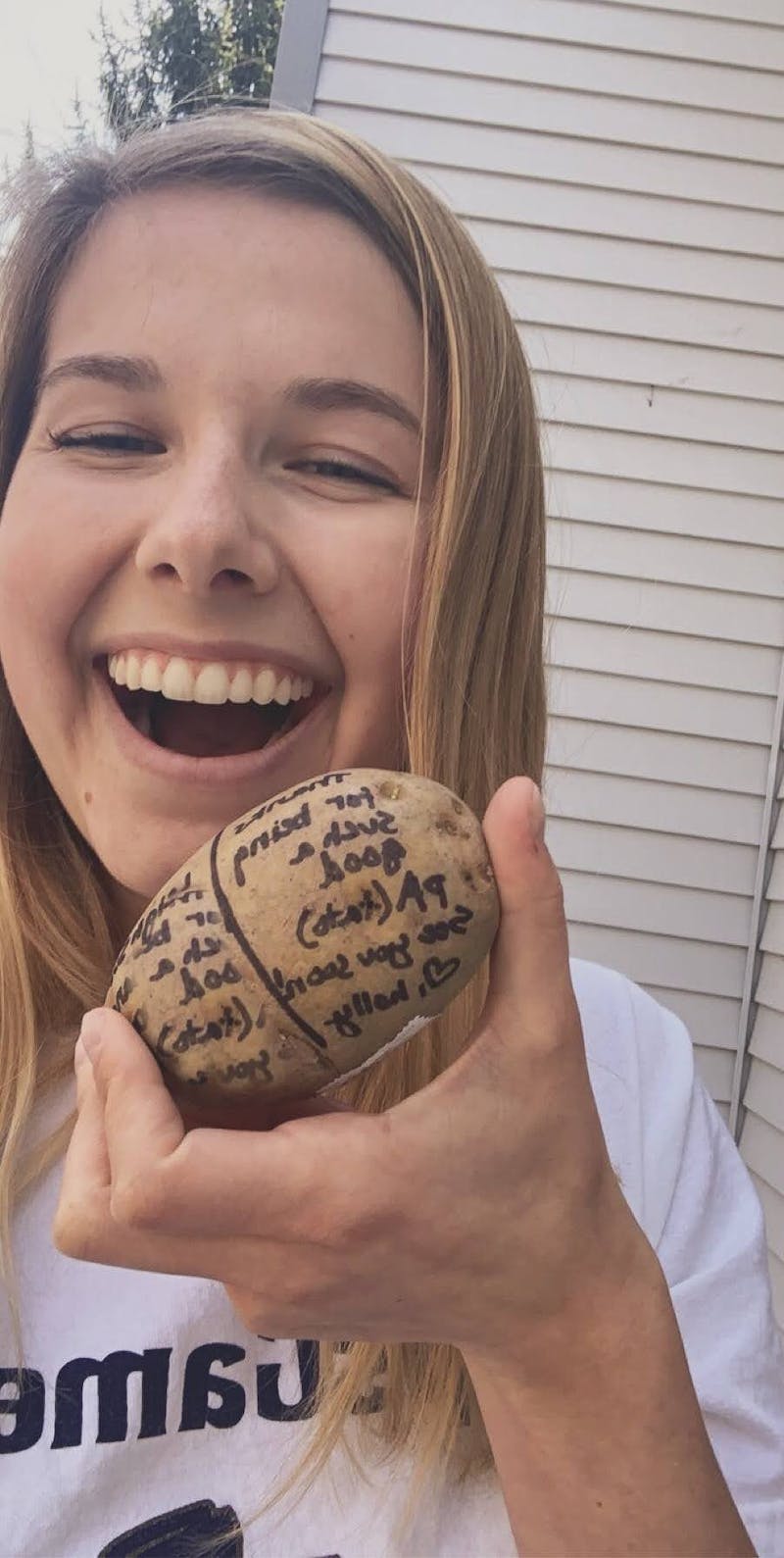 Potatoes in a pandemic