The game was a battle where each side fought for every single point, no matter how big the deficit or lead.

Taylor fell behind early, losing the first set 24-26, but quickly fought back. Thanks to a nine-point lead midway through the second set, the Trojans held fast against Marian’s attempts at a rally, taking the second set 25-22.

The third set also played in the Trojans' favor. Despite Marian taking an early lead, Taylor fought back to create a 19-14 lead and never looked back, finishing the set 25-22.

The fourth set seemed to come from the final act of a blockbuster film. After tying 4-4 early in the set, neither team could build a lead larger than four points. The set consisted of 14 total lead changes and ties, but once the Trojans took a 16-15 advantage, they never trailed. Senior Kacy Bragg set up senior Arlanda Faulkner for the finishing blow. Odle Arena erupted into celebratory screams as the Trojans celebrated their victory.

When head coach Erin Luthy was asked about the team’s fighting spirit against Marian, she said, “That was just an accomplishment; they played so steady and poised, and they had this great balance of being aggressive and smart and controlled with their play.”

Luthy called their triumph their “biggest win so far.” Taylor put to rest a seven-game losing streak against the Knights, their previous victory having come on October 3, 2018. Over 570 fans packed Odle Arena, a season-high for volleyball, creating an impactful home-court advantage. The crowd, Taylor’s own “Trojan Army” one could say, rocked the arena with constant cheering and chanting that any arena would be lucky to have.

Both Czerniak and Luthy described the fans as the team’s “seventh man.”

“You can talk to any team in the Crossroads League, any sport, there's something different about playing in what you're comfortable with. Just knowing that you have people supporting you like that … just brings an energy unlike anything else,” Czerniak said.

After the victory, Taylor’s focus is still clear.

“We continue to seek after a goal of … being ranked and competing at a national tournament at the end of the season. We are centered on Christ, we are centered on who we are and our mission is to love God and to love others really, really well,” said Luthy.

The Trojans continue Crossroads League play on October 12th against Grace College, a team they defeated in straight sets (3-0) earlier in the season. 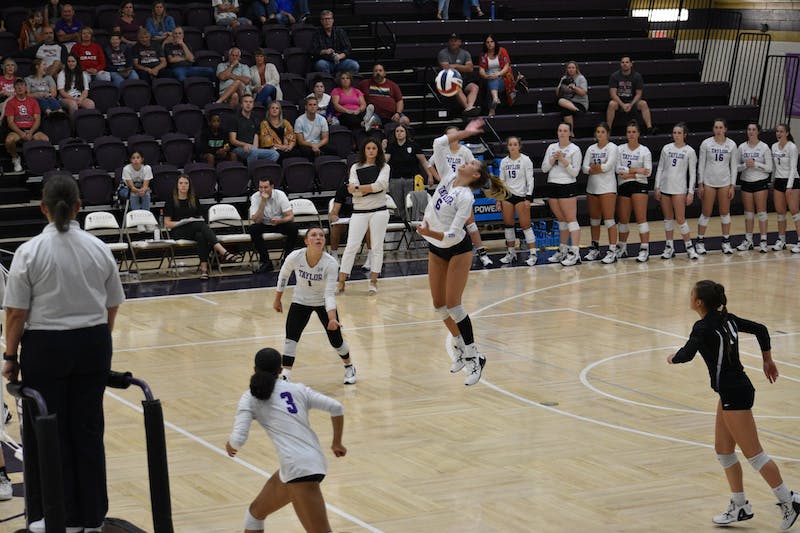 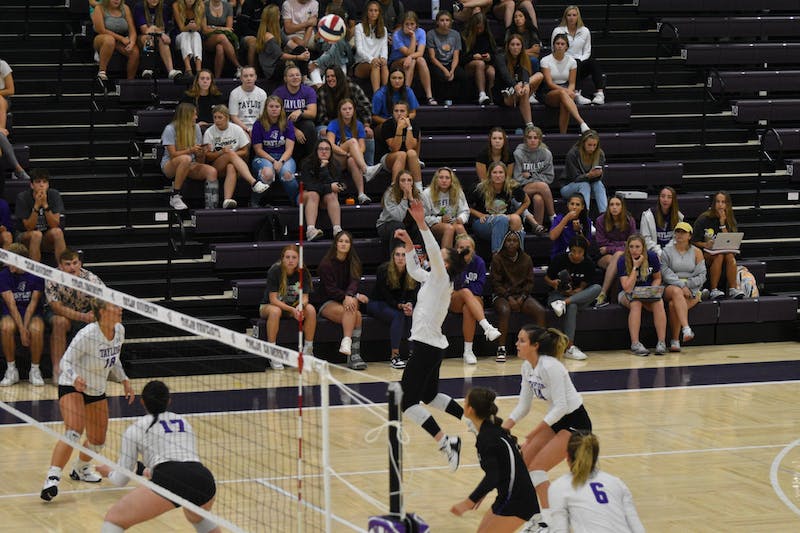