Coming into the match, Taylor played two games that week, a five-set loss to Saint Francis and a sweep over Huntington.

“The Saint Francis game showed us that we were starting to get complacent, and we walked into that gym assuming we were going to win without a fight,” junior Anna Frey said.

The first set was a preview for the rest of the match; a tight battle. The largest lead for either team during the set was three points with Indiana Wesleyan squeaking a 26-24 set win.

Things looked different for the second set as Taylor jumped out to a 20-10 lead before Indiana Wesleyan unleashed a valiant but ultimately unsuccessful comeback, closing the lead to just one point before losing the set 25-21. This was the biggest margin of victory for a set in the game.

The third set of the match was the longest as well as the closest in terms of margin all match. The largest lead was just two points for the duration of the set. Indiana Wesleyan had five set points throughout the set, but the Trojans kept fighting back and eventually prevailed winning the set 33-31.

As you can probably imagine, the fourth set was tight as well. Indiana Wesleyan held a decent lead for most of the set with a lead of 19-14 at one point. Taylor, however, did not quit and at one point held a 23-22 lead in the set before losing 26-24.

Going into the fifth and final set, Indiana Wesleyan had the momentum and it showed as they stormed to a 4-0 lead. Head coach Erin Luthy took a timeout to get the team reset. Often in practice, they work on this particular situation, setting up a game where one side is down five points and they have to work to claw their way back in.

“I have never seen a match that close,” Luthy said.

Every Trojan that went into the game was a key player in some regard. Czerniak had her own Michael Jordan-esque flu game as she was ill but still performed well with a team high of 20 kills.

Frey continued her success on offense and defense with 17 kills and 22 digs. Faulkner added 12 other kills to go along with her game-winning kill. Senior Kacy Bragg continued to do what she does best, producing everywhere with 60 assists, 19 digs and 8 kills. It was a career best in digs for Bragg and the 1,000th dig of her college career. Freshman McKaylah Flagle once again impressed with a team high 31 digs in some of the fastest volleyball she’s ever played.

Sophomores Jaylynn Dunsmore and Grace Ieremia were forces at the front of the net with Dunsmore having five block assists and Ieremia with a solo block and three block assists. Dunsmore also led the team in kill percentage with a 30.8%.

“That was like no other game I’ve experienced before,” Frey said. “It was an incredible team win.”

The team keeps looking to improve throughout the season and not peak too soon. That is something that Luthy feels hurt them last season as they stopped improving after a certain point. Last year, the team lost in the Crossroads League semifinals to Indiana Wesleyan and missed out on the NAIA National Tournament.

The next time the team will be in action is Oct. 5 in Odle Arena against Spring Arbor. 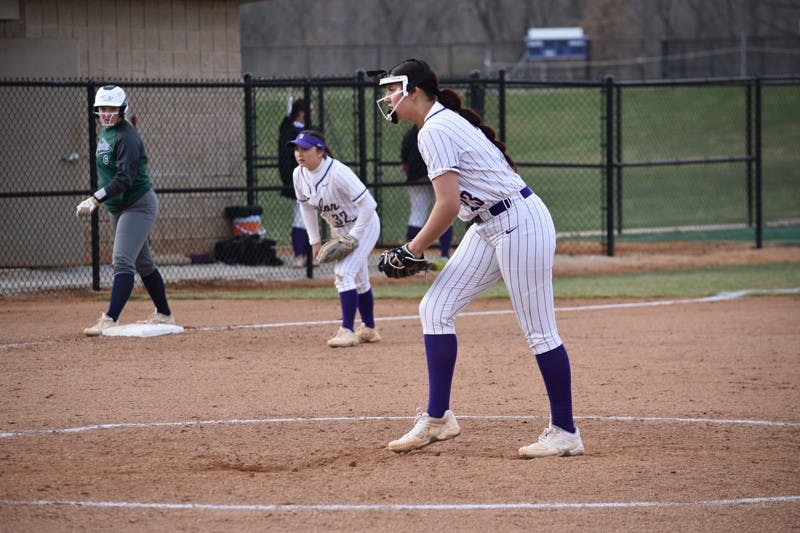 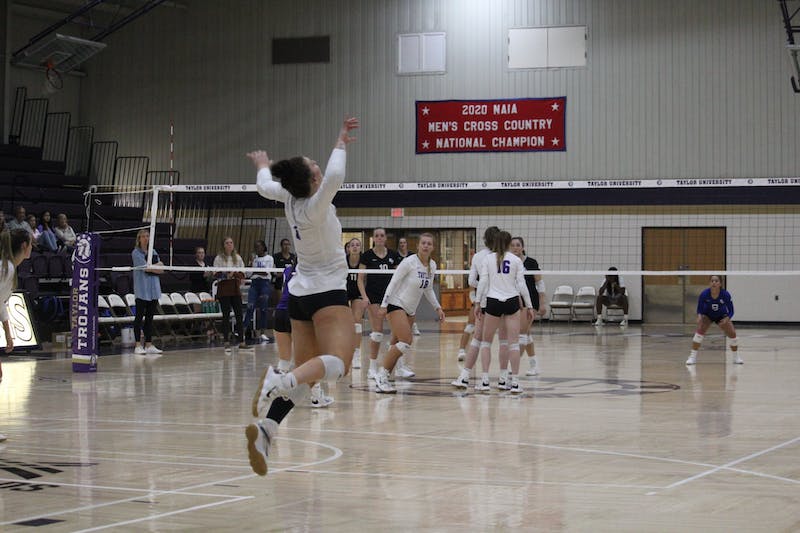