Taylor University’s women’s track and field team recorded their highest national school ranking in their history as they finished 10th at Indoor Track and Field National Championships. The men’s team ended the meet placing 53rd, as results did not go as planned.

“Both the men and women competed admirably,” said Coach Derek Gay. “It was awesome to witness the highest national school finish by the women’s team.”

In an exhilarating 4x800-meter relay final on the second day of the meet, the Taylor women's squad of Abbey Brennan, Giovanna Domene, Corinne O'Leary and Brooke Studnicki finished as the NAIA runner-up. The group claimed the NAIA National Title in 2021, and were able to return all four women to take second place in 2022. TU's crew clocked the fastest time in Taylor history, 9:15.42, one day after already breaking the school record in prelims. TU battled with the Dordt women in all four legs. However, Dordt was able to pull off the victory and claim the title with a time of 9:08.57.

“We work well together, and the race flows well,” senior Giovanna Domene said. “We can count on each other to do their best. It was special to motivate and encourage one another.”

The quartet were the first of nine All-Americans won by Taylor Athletes, with Domene and Brennan winning All-Americans on the final day of the meet as well.

In the 60-meter hurdle finals, sophomore Patience Sakeuh clocked a time of 8.68, tying her career-best time. The sophomore finished in fifth place overall, improving greatly upon her initial seed of No. 20, and bettering last year's eighth place finish.

Brennan raced against a final field of 10 runners in the mile final. Brennan ran a smart and gutsy race from the start, sticking in the front pack and cruising to a time of 5:00.46, crossing the line in fourth place, and earning her second All-American.

Domene wrapped up the meet by setting a new school record in the 1,000-meter finals, as she clocked a lifetime-best time of 2:57.00 and finished in sixth place overall.

“During the race, my whole body hurt, which I hadn't experienced for the other races,” Domene said. “When I was finishing it, I remembered what a teammate (Mollie) did during her race, and I did the same: I prayed to God and asked him to run with me and help me finish.”

In an extremely talented 5,000-meter field, Van Prooyen and Alex Helmuth competed with grit as both men finished in the top-10. Helmuth raced in the top pack from the beginning, even throughout lead shuffles and changes. He ran strong, however Helmuth narrowly missed earning All-American honors, ending in ninth place overall with a time of 14:45.75.

Van Prooyen cruised a smart race from the beginning, before making a move and shifting into the top-eight. Van Prooyen ended with a strong finish and grabbed seventh-place, claiming his first track and field All-American award, while clocking a time of 14:42.78.

“I had the flu the week before nationals and was fighting off some of the symptoms still early in the week,” Van Prooyen said. “It was nice to have my teammate Alex Helmuth there with me each step of the way as I took on a really stacked field, which required a lot of focus.”

In the 60-meter hurdle finals, senior Matthew Sakeuh got tripped up on the second-to-last hurdle and ended up disqualified in the event.

Coach Gay said,“One of our guys summed it up best by saying ‘It wasn’t what we were hoping for, but all we can do is compete with joy for Him and the rest is in His hands.’”

The Trojans will kick off the outdoor action at the Emory Invitational on March 25 and 26 in Atlanta, Georgia. 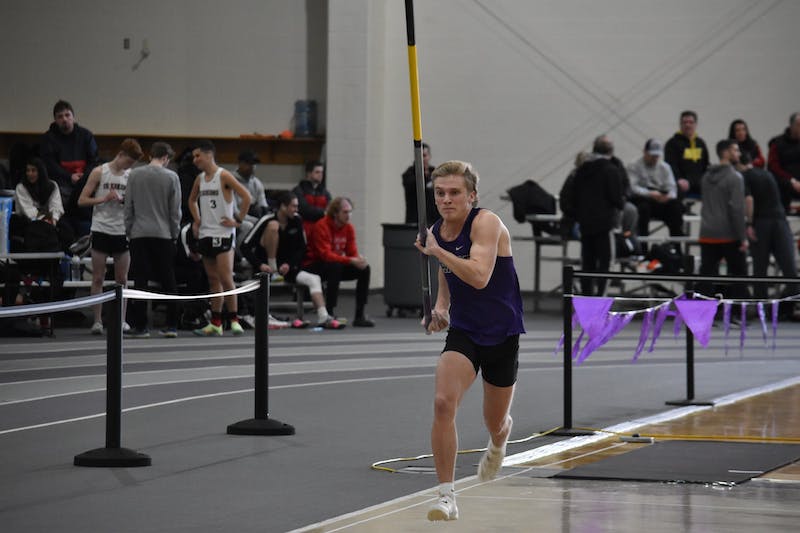 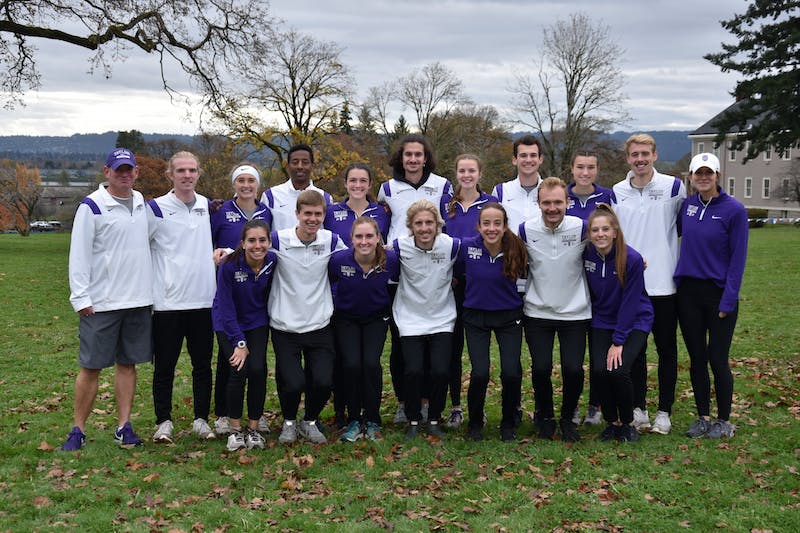