The competitive cheer program is unique, as it features only two male members, which leaves the team at a disadvantage due to routines that have a lower ceiling of maximum available points. This, however, did not deter the team when they competed at the Wildcat Invitational. The team received no deductions from the judges, enabling them to “hit zero” for the first time in their program history en route to posting a program record-breaking score of 73.37.

“We went into this competition with a goal to get a 70, and were able to achieve that in the first day itself,” sophomore tumbler and flyer Emma-Kate Moore said. “We broke our program record high on Saturday, and hopefully we can do it again this weekend.”

The team’s routine began with tumbling passes, which consisted of flips and springs followed by a triple jump. After this, they did basket tosses in which the flyers finished with a back-tuck-X-out, a complicated trick. This was followed immediately by more tumbling passes.

After that, the team divided itself into three groups and performed a fold-down. Here, the flyer is thrown into the air, twists midair and, upon landing, does an extension, which involves them front-flipping off their base teammates.

This was then followed by the mount, which involves a pyramid-like formation by three to five girls.

“(The mount) are the skills we need to work on, to get more consistent, and that’s what we are going to do this week,” said Britney Pappas, freshman back spot and base.

The routine ends with a dance, which is a pivotal part of the cheer team’s routine. Choreography is not involved in a lot of competing teams' routines, but that is something that Coach Hannah Kirby really wanted to be a core part of the Taylor cheer team routine.

Pappas said, “Every time we’re moving from one part of the routine to the other, we always have some type of motion to make it visually more fun for the judges.”

Taylor University students got an opportunity to watch the cheer team perform on home mats for the first time on Friday, Feb. 18. Due to print deadlines, coverage of this competition was not able to be included at this time. 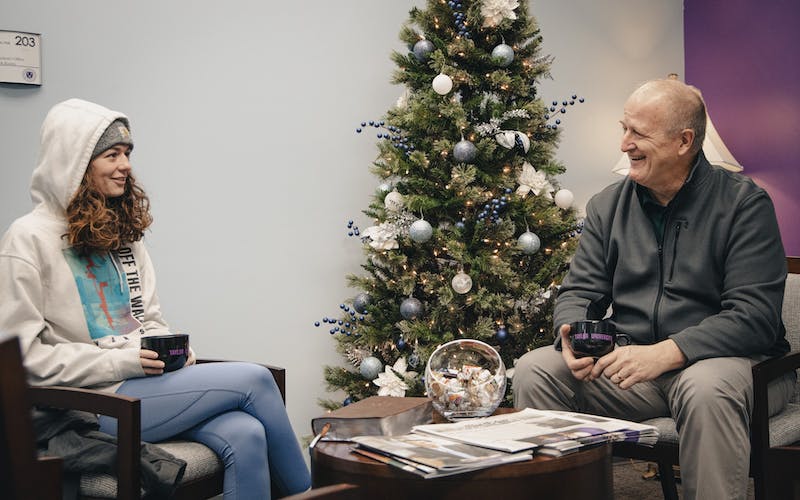 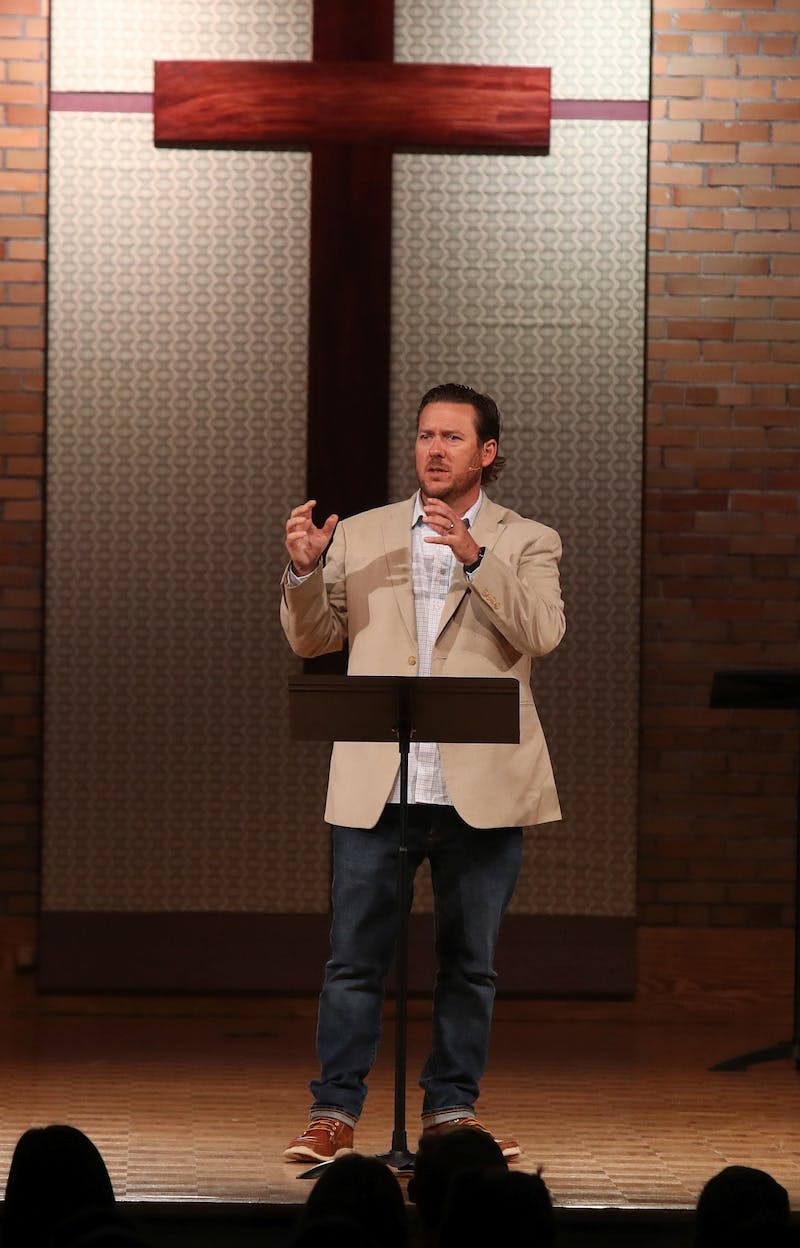 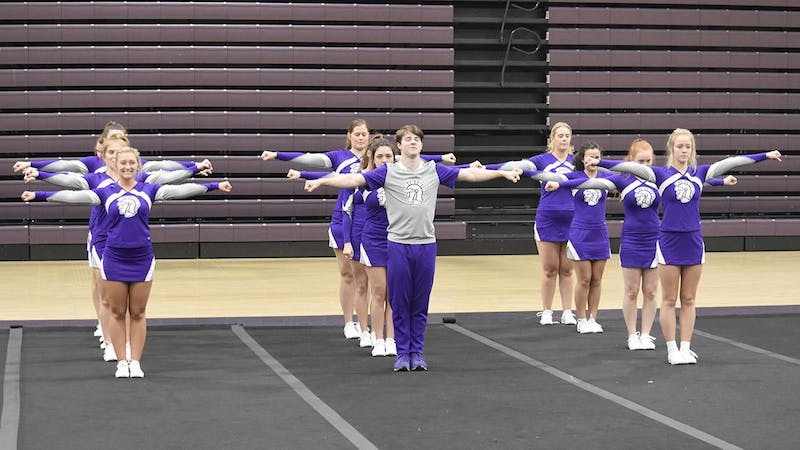