A night filled with student musicians pouring their hearts and talent out on the stage, a hilarious emcee duo and one large performance, unifying Taylor once more. Student Activities Council’s (SAC) 2021 MyGen event did not disappoint.

After readjusting their event to meet COVID-19 restrictions last school year, SAC was able to return to their normal plans: one large performance. MyGen took place Oct. 31 at 8 p.m. in Rediger Chapel.

With this year’s event taking place on the eve of Halloween, the event had a Frankenstein-inspired theme. The theme was executed on stage with senior hosts Joey DiNaso and Ryan Lopez being dressed as mad scientists and offering the audience a mission to help find their lost creation, Frank their “created” Frankenstein.

The purpose of MyGen is to have artists performing music from their generation, as rooted from the name. This year, the music ranges from 1999 to now.

From the opening performance of Sara Bareilles’s 2007 song, “Love Song,” to its upbeat closing of The Killers’ 2003 song, “Mr. Brightside,” performers electrified the stage with their unique acts.

For many musicians, the MyGen stage was no new place. Senior Zachary Winters has performed previously in the event. Even with his past experience with the event, he stated that the excitement of the event is just as high, whether it is a performer's first time or tenth.

“It is definitely a rush when playing on stage, no matter how many times you've done it,” said Winters. “But the more you play in front of crowds, the better you can become at channeling that tinge of anxiety that hits.”

This is echoed by other performers such as sophomore Trent Repass as he describes the rush of performing in correlation to maintaining rhythm and tempo with the rest of his band.

Repass points out how the MyGen experience is different compared to other musical experiences offered on campus.

“Being in a band, I think our biggest victory was staying together and hitting all our transitions just right,” said Repass. “In a setting like the chapel, one that fills with sound quickly, it is hard sometimes to stay together with a bunch of musicians playing at full energy on stage AND a large crowd cheering us on. We were also able to keep everyone engaged, which is very important in a concert setting.”

In the midst of many returning performers, the event gave a new experience for several seniors.

Senior Julia Muehl auditioned this year after having it on her bucket list since she arrived at Taylor. Muehl attributes not auditioning before this year due to her fear.

During her reflections on the event, she regretted not auditioning sooner.

“This was such an unforgettable experience for me,” said Muehl. “Ever since I was a little kid, performing on stage was a dream I had. I can confidently say that the younger version of myself would be screaming with excitement, because the older me is just as equally excited about it. There's nothing like the energy in a room of 800+ people ready to rock out with you. It will by far be one of my top memories at Taylor University.”

From rocking out to “Nine in the Afternoon” with  friends to swaying phone flashlights to a duet mash-up of  “Home,” each group was given the space to come alive on stage. Through having fun with their peers and providing a night of unity for the Taylor community, the event highlighted the power that music has to connect people.

Junior Lynnea Humrichous urged any audience member who enjoyed the event and is considering auditioning next year to do it because of the indescribable experience that the event offers.

“Do it,” states Humrichous. “It is so worth it when you're done. Step out of your comfort zone and just audition. Even if you don't make it, the experience is everything.”

SAC will host Nostalgia Night next spring, which will be made up of music prior to 1999. For more information about Nostalgia Night, keep an eye on their Instagram (@sac_tso) in the spring for details on auditioning and on the event itself. 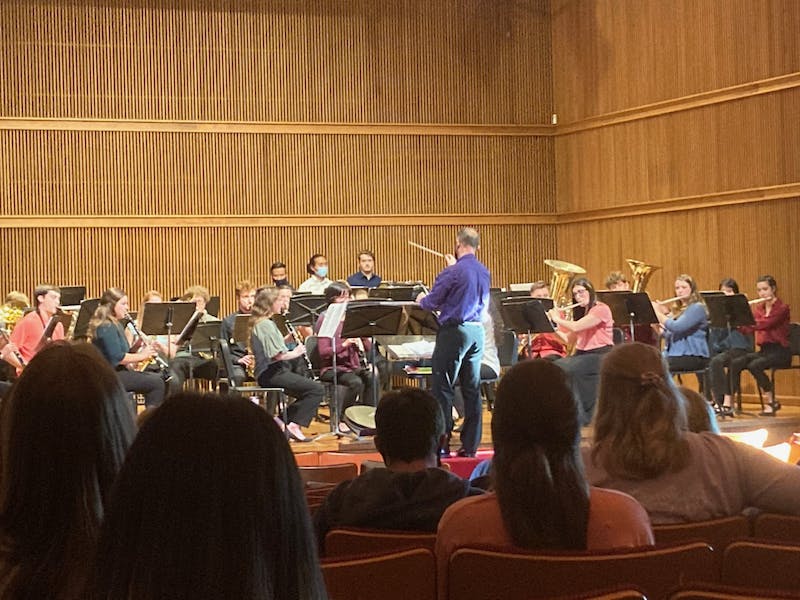 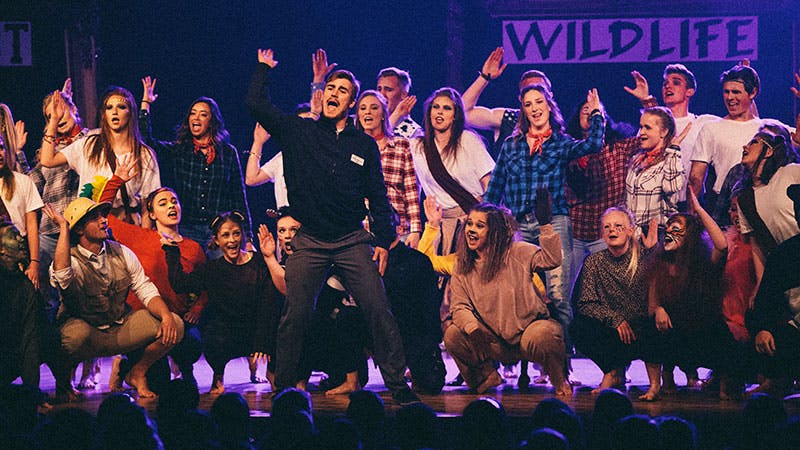 Airband makes its grand return to the stage