Both teams performed well in Louisville

Both Taylor cross country teams punched well above their weight class at the Louisville Cross Country Classic where both races had many NCAA Division 1 teams.

The No. 5 ranked men’s team finished 21st out of 36 teams in a field with over 20 NCAA Division 1 schools such as Wisconsin, who won the event, and Louisville. The Trojans beat Division 1 schools Marquette, St. Bonaventure and others.

Of the four NAIA schools they competed against in the event, they outran three of them: Cornerstone, Olivet Nazarene and Montreat. All three teams were inside the top 20 in the nation.

Just 5.6 seconds behind was senior Alex Helmuth who set the third fastest time in school history and a lifetime best with a 24:13.1.

“I learned a lot more about how to compete and get rid of all the excess factors,” Helmuth said about his race.

Third across the line for the Trojans was senior Derek Van Prooyen with a lifetime best with a 24:36.8.

Finishing the scoring for the Trojans were junior Nathan Streitmatter and senior Connor White with times of 26:07.4 and 26:07.7, respectively.

The No. 4 ranked women’s team finished 38th of 44 teams in a field with over 25 NCAA Division 1 teams such as Michigan, who won the event, and Wisconsin.

Sophomore Ahna VanderWall cherished the opportunity to compete against some of the biggest programs in the country.

The Trojans were able to beat three NCAA Division 1 schools: South Alabama, Tennessee-Martin and UNC-Asheville. Five NAIA schools competed in the event including the Trojans. They beat two of them, No. 8 Montreat and No. 12 Olivet Nazarene.

It was the fastest time of the season for the girls team with a collective time of 94:35. VanderWall was first for the Trojans with a personal-best time of 18:43.6. That was good for 185th of 399 runners.

The last scorer for the Trojans was junior Madeline Purdom with a personal-best time of 19:07.3.

While the Trojans finished much lower than usual, there is no need to worry as they still beat competitive NAIA teams that they will likely see come the Nationals event. This meet was essentially a simulation for the National competition.

“Bottom line was to get big experience,” Head Coach Quinn White said. “Being back in a crowd and fighting through things.”

White hopes that the experience gained from the meet helps both teams to reach the podium in the Nationals race.

Both teams have three meets left in the season: the Great Lakes Challenge on Oct. 23, Crossroads League Championships on Nov. 6 and the National Championship on Nov. 19. 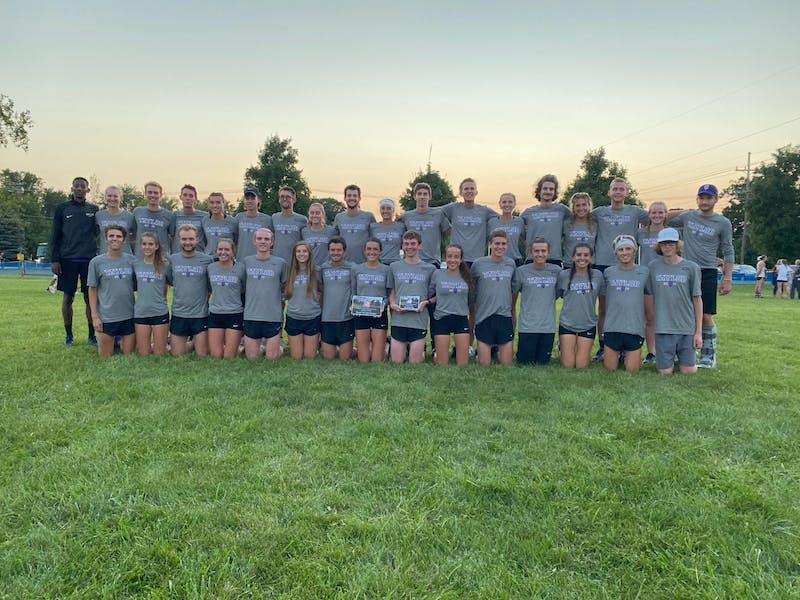