A lesson from a stranger

By Katie Pfotzer
Church pews offer a place of reflection.

One time, my high school choir performed at a church on a tour we did of California. It was one of those small, country churches where the carpet is older than the congregation and the fabric-covered chairs release a mushroom cloud of dust if you hit them with an outstretched palm.

The front of the church was a stained-glass window of Mary and baby Jesus overlooking the church-goers and an organ sat just a little to the left of the stage. As soon as my choir sang our last note a woman came up to the organ.

She sang some old hymn—I think it was “In Christ Alone.” There was nothing extraordinary about how she played. Her playing was too loud and full of too many notes that did not belong. Her voice was gravelly with age and trained in that sort of yell-singing that you find at churches where many of the attendees are a bit hard of hearing.

What was extraordinary was the expression of this woman as she sang. When she said, “In Christ alone, my hope is found,” you heard the belief in her own voice and you could not help but believe her.

When she finished, the room was filled with a charged silence. She turned around all at once and told us about herself and the myriad ways in which she was suffering. And then she told us about the many ways God was faithful even in that suffering. She cried then, in a way that reminded me of that verse in Luke 22 that describes how Peter “wept bitterly.”

The congregation stood up all at once and laid hands on this woman. The pastor found a microphone and prayed for her. As he prayed, we realized that this portion of the service was completely unplanned. The woman at the organ had been moved to bare her soul to us in a spontaneous expression reminiscent of a Quaker meetinghouse.

I think many of us balk at the thought of Paul’s exhortation to boast in our weaknesses. Yet, this woman was willing to put her vulnerabilities on display in front of a room full of 30 people who did not even know her name and about 30 more who would take this memory into every future Sunday service interaction with her.

The church’s response to suffering was customary and expected even though it was solicited in a way that was not. We are told to bear one another’s burdens. I think most Christians would view the idea of helping others with an eager heart. However, the idea of allowing others to do the same for us is much less appealing.

Most of us do not want to be thought of as a burden. But when I think about this stranger, I am reminded of the simple truth that we all need someone to help us bear our burdens.

I think there is a lot of freedom to be found in unlearning the idea that being weak makes you unworthy of love. I think loving well sometimes requires us to get out of our own way. True love lies not in denying that we are a burden to others, but in acknowledging it and then allocating the correct pieces of this weight we carry to the correct people, whether that is our church, a friend or a counselor.

This may not always look like playing our song of lamentation at the front of our church. But no matter how it looks, it always means having the courage to allow others to carry a piece of our suffering, as we carry pieces of theirs with us. 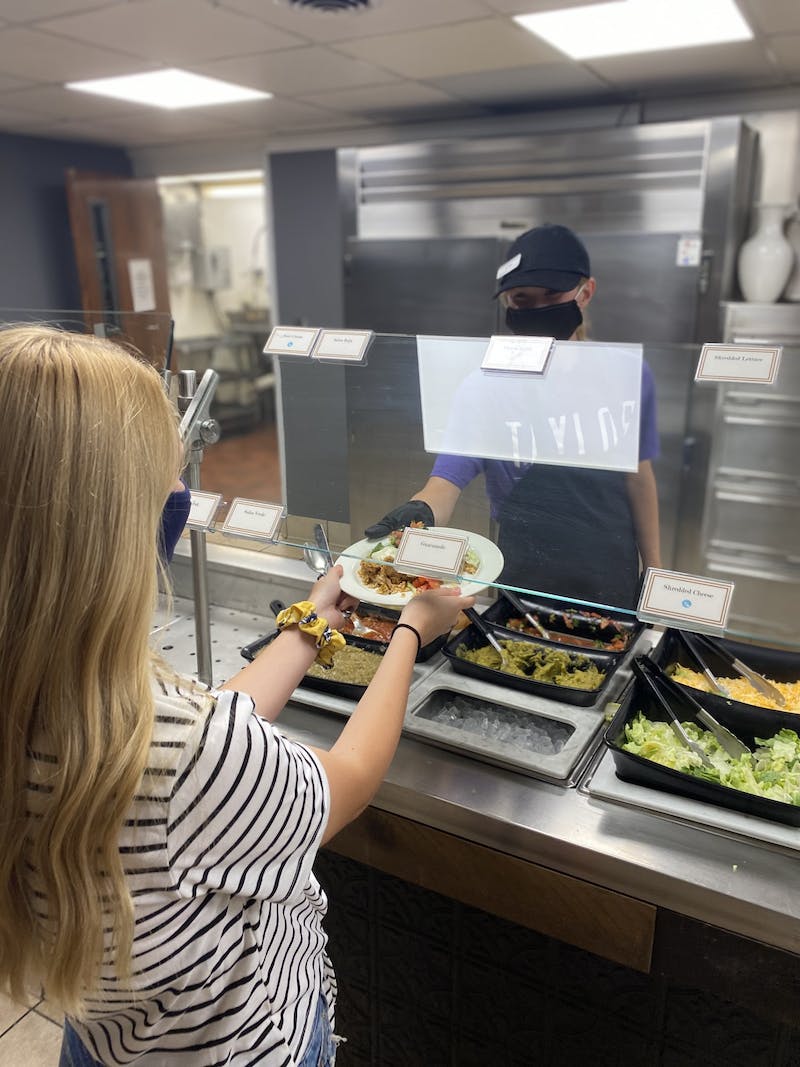