The Lindsay family was welcomed to the Taylor community during chapel on March 17.

On March 16, Taylor University announced D. Michael Lindsay as the next president.

He will officially succeed the role from Interim President Paige Comstock Cunningham on Aug. 16. Cunningham has been serving as the interim president for the last two years, following the departure of President Emeritus Lowell Haines.

In a chapel welcoming Lindsay on March 17, Manuel Rosado, board vice-chair and search committee co-chair, said God made it abundantly clear Lindsay was the right choice through the search process.

“It was a very prayer-filled process that we went through,” Rosado said. “There was a turning point in the process where God answered a question so specifically that it was made clear to the committee, to the board and to the candidate that he was being called to be the next president.”

The turning point in reference was an evening where the committee prayed that if Lindsay was the right decision for Taylor, he would feel a strong sense of calling. Specifically, one board member prayed there would be a sense of conviction, even if it kept Lindsay awake all night. The very next morning, Lindsay, who was unaware of the prayer, emailed board trustee member Heather Larson that he had spent the whole evening awake and thinking about Taylor.

The committee partnered with Jobfit Matters to review candidates for the position. In the original press release, the committee said they were looking for a candidate with strong faith, servant leadership and the ability to navigate through higher education. Throughout the process, the committee also surveyed the Taylor community about desirable values in a university president.

Greg Dyson, vice president of intercultural leadership and church relations, was one faculty member who was able to give some input into the selection process. He sees Lindsay as a good fit for campus and someone who is able to follow the tradition of biblical leadership that Cunningham has set.

“President Lindsay’s worldwide experience particularly in the area of leadership will be an asset to us as a community,” Dyson said. “Seeing the unity of his selection process provides both hope and encouragement going towards the future.”

Lindsay and his family — his wife, Rebecca, and daughters Elizabeth, Caroline and Emily — described their excitement to move to Upland in the family’s first chapel. The initial allure of Taylor for them was the people here.

“The thing that drew me to Taylor was that I think Taylor is, and has the potential to be even more so, the most Christ-centered, student-focused university in the world,” Lindsay said. “I’m really drawn to the way in which Taylor has put students front and center.”

This commitment to putting students first was something emphasized by Cunningham over her past two years serving at Taylor.

Cunningham will finish this academic school year serving the community in the same capacity. She will pass the baton at the end of this summer.

“I have complete peace that God has chosen Dr. Lindsay to be president for the next chapter in Taylor’s remarkable history,” Cunningham said.

Although Cunningham is not certain as to what her future career plans hold, she looks forward to leaving Taylor well poised for the transition, and taking a sabbatical.

“If you participated in chapel (on Wednesday), heard the story of the search process, and reviewed his credentials, I hope you would share my confidence and excitement that even greater things are ahead for Taylor under his strong and proven leadership,” Cunningham said.

During the chapel service students stood to their feet in a rousing applause, recognizing her leadership during the interim period.

Having believed he would serve at Gordon University for the entirety of his career, Lindsay deeply values Christian education and is attracted to Taylor by the ability to have a formative influence on young people.

“I love the sense of helping the next generation of leaders for the church, helping them prepare for whatever God wants to do in their life, it’s very exciting,” Lindsay said.

He looks forward to listening to students and their stories, seeking shared understandings that hinge on the consensus of a Christ-focused life. 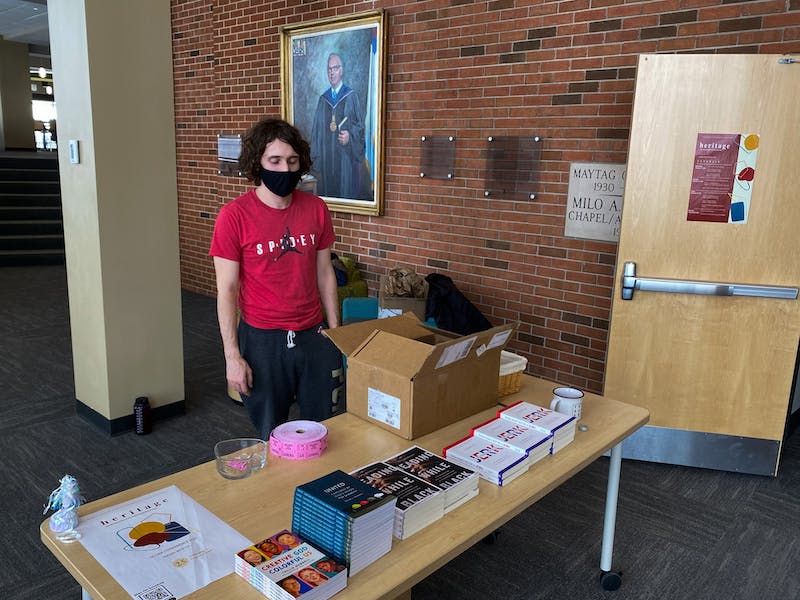