How much are we willing to risk for the sake of justice?

This is the question that led Peter Yeung, hall director of Breuninger/Gerig, to facilitate Taylor students' attendance of Biola University’s Student Conference of Racial Reconciliation (SCORR) for the last two years.

This year the conference was a three-day event hosted by Biola University, with the goal of creating an immersive experience to learn about race and culture through a Christian lense. It is traditionally open to anyone to attend, and seeks to offer perspectives on racial reconciliation through keynote speakers, breakouts, worship, meals and creative expressions of art and writing.

“Preceding us is a multitude of people from all walks of life, laboring in the ministry of racial justice and reconciliation, leaving us a legacy to follow,” said Biola’s overview of the conference. “As a result, we look to the future with hope, trusting that a new generation will emerge to engage the world and the church, continuing to build bridges across social divides that result in the expanding of God’s kingdom on earth.”

In 2020, Yeung led a group of Taylor students to California to attend. After a successful trip, the Rev. Greg Dyson, vice president of intercultural leadership and church relations, asked Yeung to organize a virtual viewing experience at Taylor since SCORR’s 25th anniversary conference, on Feb. 17-20th, which was held on Zoom this year due to COVID-19.

While all of the main keynotes and most breakouts were over Zoom, Taylor students hosted live events on campus. These events included breakout talks and contribution to the Slam Poetry and Slam Story readings. While some elements such as the cultural meals were not able to be experienced, Yueng sees a special value to the virtual hosting.

“Anything on Zoom has its challenges,” Yeung said. “But the opportunity to do some sessions and education here feels like a really great opportunity, in hopes that we would potentially bring students (to California) next year.”

Junior Sam Ranger agrees that while the turnout was not large by Taylor standards, it encouraged him that there were more students that attended than could have gone to California.

The breakout sessions covered a large range of topics. These topics included,  “Friends, Family and Matters of Justice: Engaging in Difficult Diversity Conversations with Loved Ones” to “Majority World Theologies: Theologizing from Africa, Asia, Latin America, and the Ends of the Earth,” to very specific ones such as “The Emerging Hispanic Demographic: Challenges and Opportunities for Christian Higher Education.”

“I went to a couple that focused on how Christianity and religion talk about diversity in a way that I hadn't before,” said Ranger. “So it was really interesting to learn about the nuances of Christianity and how that's involved with expanding The Kingdom. It showed all the color  represented in Christianity, which was fantastic.”

These steps of action, for Yeung, are one of the more important elements for Taylor’s community to experience. A summarized Dr. Martin Luther King quote captured the spirit well for him.

“The greatest problem with racism isn't whites who are antagonistic like the KKK,” Yeung said. “It's the white modernists who say they love people of color, but then on the other side they just don't do anything and I think that's maybe the challenge that we have here now.”

Although SCORR may be over for the year, Yeung encourages students to never stop learning and taking action in order to overcome that challenge.

Ranger hopes that this experience could be a launchpoint for further ideas, discussions and events, and is grateful for the doors SCORR being hosted at Taylor may have opened.

“Especially in the Midwest in a red state, it's uncommon for you to see something like (SCORR) at a Christian University,” he said. “So I think it's a good bound forward for Taylor as a whole.” 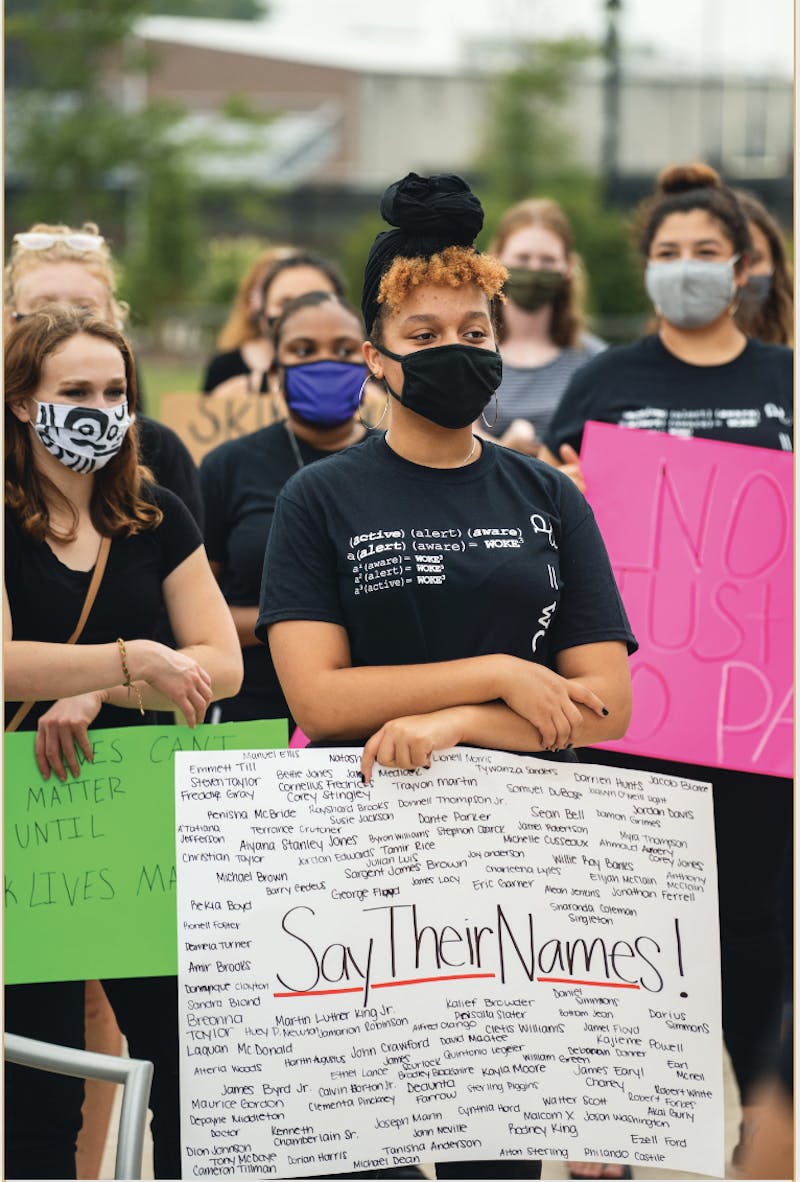