The Creation of Wing Decor

As Taylor students pour into their residence halls at the beginning of the year, wings and floors are abuzz with laughter and chatter. For most, the decorations on the walls are an exciting reminder that a new school year is about to start.

According to junior Personnel Assistants (PAs) Tarah Zumbrun and Sarah Mangan and senior Discipleship Assistant (DA) Caleb Miller, the atmospheres that welcome us into a new year don’t just happen. Instead, they are the result of planning, consideration and a lot of elbow grease.

For Mangan and Zumbrun, selecting a wing theme was not a decision made lightly.

“I wanted it to feel like a place of celebration and rejoicing together,” said Zumbrun. Zumbrun felt that an ‘80s theme would encourage this culture. “It tied in well with the idea of celebration, and it was something completely different,” she said.

Mangan noted that their theme selection was a combination of spiritual and community values.

“We wanted to include an element of what our spiritual theme would be,” she said. “The theme for our decorations was identity, and the idea of what we are reflecting.”

Having an artistic partner was crucial for Mangan in the decoration process.

“My incredible co-PA, Dani Decker, really made most of the decorations on the wing,” Mangan said. “Our wing was mostly her handiwork!”

Miller explained that intentionality is key when it comes to decorating a wing or floor.

“One of the biggest things you don’t want to do is make it look like you don’t care about it, because that’s the first thing that people see when they come on the floor,” he said.

Zumbrun believes that balance is another important factor to consider.

“I think you need to find a balance of too little and too much,” she said. “If your walls are completely covered in decorations, it starts looking a little tacky. And if you have basically no decorations, especially for a girls’ wing, it just doesn’t feel as aesthetically pleasing.”

Zumbrun expressed that the beautification of her wing was important for her at the beginning of her Taylor experience.

“I hadn’t really wanted to live in English,” she said. “But when I came back in the fall, my PA had been there and she had made it look really pretty and really welcoming. When there’s decorations on the wall, it feels more like a home.”

However, according to Miller, aesthetics does not play as crucial a role on men’s floors.

“I think for a lot of guy’s floors, decoration is not necessarily about making it look spotless,” he said.

For Mangan, Miller and Zumbrun, wing decor is an expression of what it means to be home.

“We look at these walls 20 times in a day,” Mangan said. “I think decorations are really important, and it’s something that can get under-looked.” 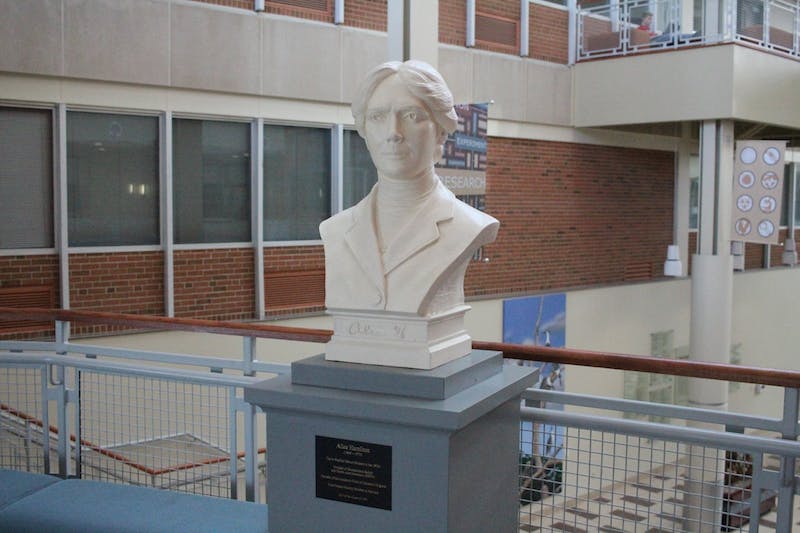