By Marissa Muljat
Marissa Muljat
With the guidance of Political Science professor Jacob Miller, Kay Rideout scans the link to register to vote

The importance of voting spans far wider than winning or losing an election.

Sept. 22 is National Voter Registration Day, a day created to encourage registering to vote and to spread awareness on the subject of voting. This day brings up questions such as “Why is voting important?” and “How does one go about the registration process?”

Assistant professor of political science Jakob Miller believes voting is essential and valuable for U.S. citizens, particularly college students. He said that it is really common for people not to vote because of the thought that their vote won’t make a difference.

“Does your vote make a difference?” Miller said. “A lot of the time, no. If you’re voting for president this election, say, you’re unlikely to be the vote that decides anything.”

Although it’s easy not to vote for this very reason, voting is not all about winners and losers. This mindset is too narrow-minded because the action of voting to help a specific candidate win is just the beginning of the voting process.

Miller explained how one reason voting is so important is that it gives citizens better political coverage and attention. Politicians pay attention to who voted, and this controls many different things about the future.

“Turning up to vote, whether you win or lose, makes you and people like you more represented,” Miller said.

For example, say there is only one person running in a certain district. A person who is not in favor of that candidate may think that they should simply stay home and not vote. Even if a person votes, but not for that candidate, politicians are still able to analyze the data. They may notice that there were many people in the district who wanted a different option, but weren’t given one. So, turning up to vote can change the voting options of the future.

Another important aspect of voting is the civil duty aspect. When citizens vote, they become more engaged in politics and learn more about politics and the environment in which they live.

Miller explained how political scientists have conducted studies on the effects of voting and that voting can have tremendous impacts on political awareness.

“Just the act of deciding that you are going to go vote makes you more attentive and politically aware,” Miller said.

For college students, it may be overwhelming to start voting because there is so much going on in the world of politics, and it’s hard to know who to vote for and what each candidate brings to the table.

Miller encourages students to become educated on politics in their county, state and country so that they may become more knowledgeable on who to vote for. He suggested that students look at the website, “Ballotpedia” because it provides data and information on various political candidates. He encourages students from Indiana, specifically, to use the “One More Voice” website to help navigate which candidate most represents their views.

A lack of understanding often causes people, such as college students, to “check out” of the system, which is why political education is really important, according to Miller.

“Almost every Taylor student I’ve ever met has this thing they care about, a way they want to make the world better,” Miller said. “If you want those issues that motivate you, that you care about to be heard, voting is a great way to make them louder”

To help the students of Taylor register, Miller set up a table inside the student center on Sept. 17. With the provided QR code, students were brought to an online portal that allowed them to register to vote.

Miller hoped that this would help students become more aware of the need to vote and also help more Taylor students register to vote.

Americans have to be given a say in the people who become our country, state, and county leaders.

“Our generation has one of the most important voices in the election,” said sophomore Claire Vock.

Miller urges the students of Taylor University to register to vote and to know that the effects of voting are not just limited to the voter. People who want to register to vote should visit Vote.gov and the site can assist in helping one register online; specific voter registration rules vary by state.

Students who are struggling with this process are welcome to contact Jakob Miller.

“Voting is worth the time and effort that it takes,” Miller said. “You’re part of something larger than yourself. By participating, you make life better for everyone. It’s a way of loving your community and loving those around you.” 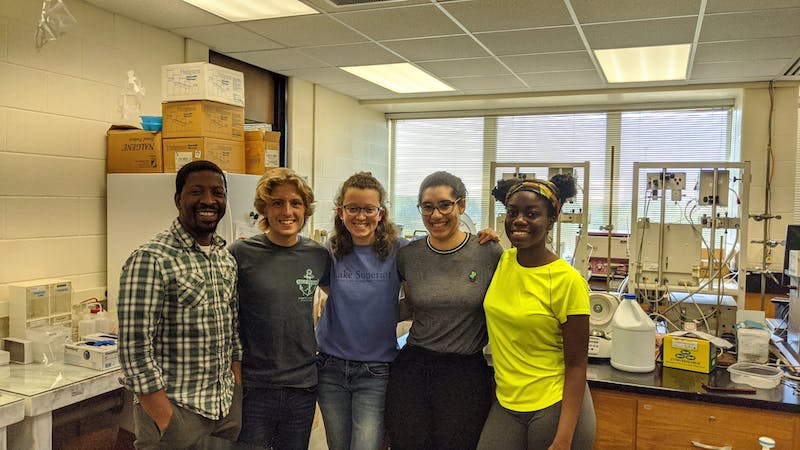