Everybody wants to make a difference, but few know how to do so effectively.

Since 2015, Taylor alumni Greg and Abhineeta Matney have been seeking to inspire change within Indian society through their organization The Skipping Stone.

India is marked by extreme poverty, and the nation as a whole is home to one-third of the world’s poor. Furthermore, Indian society is characterized by a male-dominant mindset, meaning that issues such as female infanticide are more prominent in India than in almost any other country. Both of these realities contribute to the enslavement of thousands of individuals throughout India—–particularly women.

The situation requires intervention, and organizations like The Skipping Stone seek to introduce solutions that will effectively address these issues.

The goal of The Skipping Stone is to interrupt the cycle of poverty and sex trafficking in India by empowering and equipping individuals with the skills necessary to escape those situations.

“In some villages, every other person has a story of domestic abuse or domestic violence, and that largely comes from being dependent on the abuser,” Abhineeta said. “But when a girl is able to make a living on her own, it helps with that stigma.”

Vikas Mission teaches women a trade and provides them with both the skills and materials needed to create items such as jewelry, bags and leather journals. The for-profit portion of The Skipping Stone then buys these products from women seeking to escape human trafficking, and sells them to individuals like you and me. The profit from these products is given directly back to humanitarian aid organizations like Vikas Mission.

“If you make a purchase, that can help pay it forward for someone in need; that could be their salary for the month or the week,” Abhineeta said.

However, purchasing products is not the only way for individuals to invest in The Skipping Stone’s mission and to partner with them.

The Skipping Stone’s goal is ultimately to introduce women in desperate situations to the hope of Jesus, and prayer is a fundamental aspect of that mission.

“Prayer is a big comfort — a big weapon, a big sanctuary — that we can all go to and be united in,” Abhineeta said. “Not just The Skipping Stone, but for Christians who are living in India—–this is a time when they need a lot of prayer.”

The Skipping Stone’s name was inspired by an idea that Mother Teresa once shared: “I alone cannot change the world, but I can cast a stone across the waters to create many ripples.”

It is incredibly difficult for one individual to create lasting change. However, The Skipping Stone seeks to create a ripple with individuals like you and me to fight the cycle of poverty and sex trafficking present in India.

We are given the opportunity to partner with them and to become a part of the solution through prayer and the purchases we make.

“(The Skipping Stone) builds a supportive community where people are introduced to Christ and what redemption can look like,” Abhineeta said. “But all you can do is do your part and leave the rest in God’s hands.” 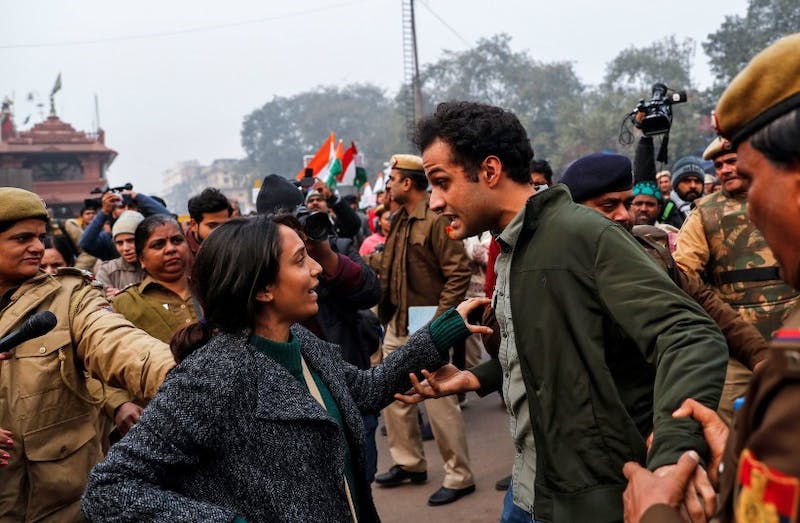