On Oct. 25, Harry Potter author J.K. Rowling released an article through TIME magazine stating that orphanages cause irreparable harm and should not be funded by the public.

Rowling made a comment that institutionalization is among the worst things anyone could do to a child, and wishes to release children from these conditions. She said eight out of 10 children living in orphanages are not even actual orphans because they still have a living parent, and that the largest contributing factor is poverty.

Scott Moeschberger, professor of psychology and director of initiatives for orphans and vulnerable children (OVC), agrees with Rowling in the sense that he thinks it’s important for donors to be aware and knowledgeable about the organizations they’re supporting before they choose to support them.

He does believe that her view is a bit extreme, but is part of an ongoing conversation embedded in larger movements.

“A lot of people who work with orphanages would be somewhat familiar with those tensions,” Moeschberger said. “I think it’s helpful to place it in a bigger and broader context, and movements that are happening that are reacting to some pretty tough things that have occurred in orphanages.”

Moeschberger has been teaching a class on this subject for 10 years. The OVC minor has been around for five years, and the major was established last year.

He recently traveled to Thailand for the Global Forum for A World Without Orphans, which brought together 600 leaders from around the world on Oct. 24-27. Many of the organizations represented desired to find loving homes for children.

An organization that has the same goal is Rowling’s organization, Lumos, which works to redirect funds from orphanages to provide health, education and social services so children can be raised in loving families. Moeschberger is familiar with her organization, but believes there are many factors to consider.

“This conversation is not just (Rowling); it’s a conversation that’s been kind of happening in many circles for a number of years now,” Moeschberger said.

According to Moeschberger, there are a lot of myths surrounding orphans. Several include how children ended up in the places they are, what the best way to care for them is and how the activity can be stopped.

He said poverty, violence and disease are leading factors, but wants to make sure students understand that this is part of a broader conversation.

“What we’re trying to do with the major and minor is help students connect with their passions and their skills and see where they’re going to intervene along the way,” Moeschberger said. “If you’re going to donate, be aware of who the donor is.”

Deborah Stiles, assistant professor of social work, recognizes that Rowling’s argument has some very valid points in her piece. She said a lot of kids still have living parents, and what’s keeping many of these children in these conditions are systemic and poverty-related issues.

Stiles said many faith-based organizations are looking for ways to support communities so families can keep their children. She believes giving kids a more homelike environment and a feeling of family when they don’t have any is the most important thing to keep in mind when evaluating orphanages.

“Look at what is the best thing for the kids,” Stiles said. “A home environment that reduces traumatic environments. One that empowers local leaders and breaks the cycle of poverty.”

Stiles said Alongsiders International, a Christian organization that aims to reenvision orphanages in Cambodia, does a great job of keeping these central values while still working to change the issues that arise in orphanage settings.

Kara Riggleman, OVC program services director, agrees that institutional care is not as helpful as it was once thought to be. She believes society is starting to understand that this is not the best method of care, and therefore, does not believe funding should completely disappear.

“There are still many kids who are being institutionalized and rely on that care,” Riggleman said. “We can look for places that use resources best. Just be careful about how your money is being spent.”

Moeschberger said one of the most important factors to take into consideration is the continuum of care. This means that even with an overloaded foster care system, people will seek to give children a safe and loving home when there is no chance of reunification with family.

The continuum of care ultimately strengthens families, Moeschberger said, and strives to empower both family members and communities. He said the department seeks to place students somewhere along this continuum during and after their time at Taylor.

“It’s still a problem in the United States,” Moeschberger said. “How do we get children placed in homes that are stable, consistent, safe and loving, where they can grow spiritually and emotionally?”

Moeschberger believes that there is a lot of room for people to give back locally. He said the department at Taylor works to establish a practicum that is both domestic and international. Here, continuum of care discusses how to take care of vulnerable children in the best way possible.

Stiles said there are many opportunities to give back in the Grant County area, including the Red Barn, Lift, Basics, Boys & Girls Clubs and ReaLife organizations. She said there are all kinds of evidence that one caring person can make all the difference in a child’s life.

Rigglemann added that people can get involved by supporting local foster families. She plugging students in on local levels in the past has created more meaningful relationships with people in these settings.

“To be a part of a broader movement is a bit idealized, but why not?” Moeschberger said. “Why not dream of a world without orphans?” 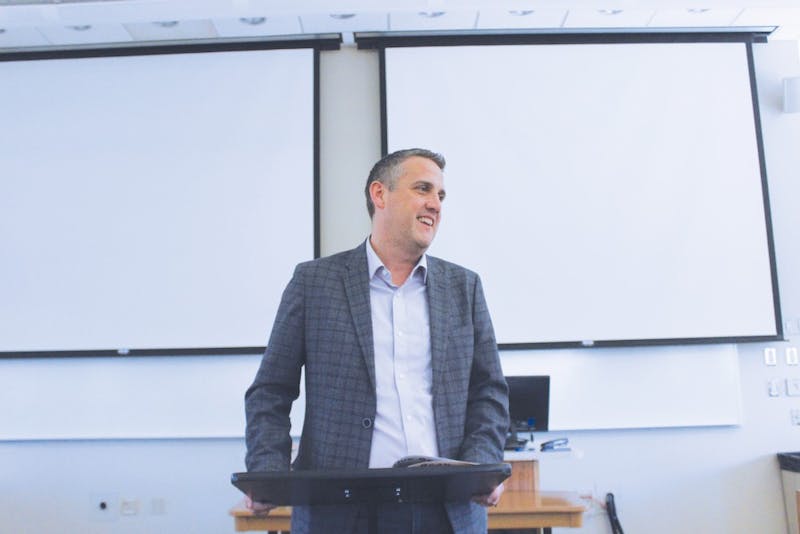 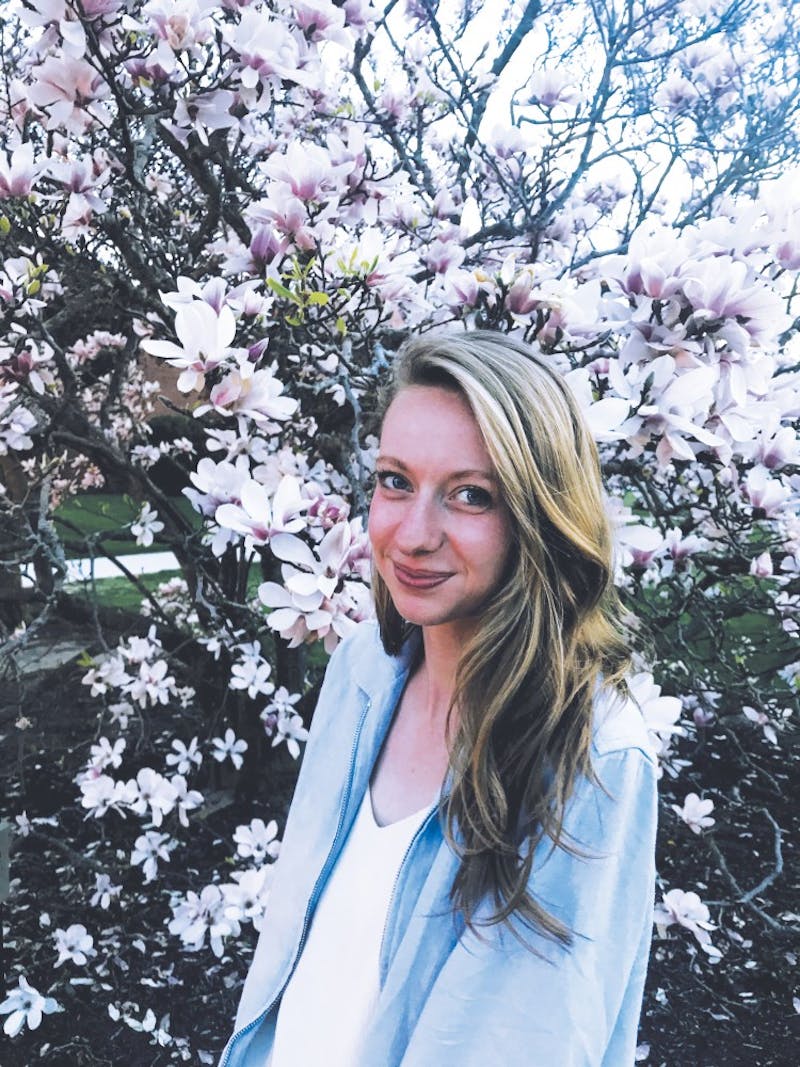 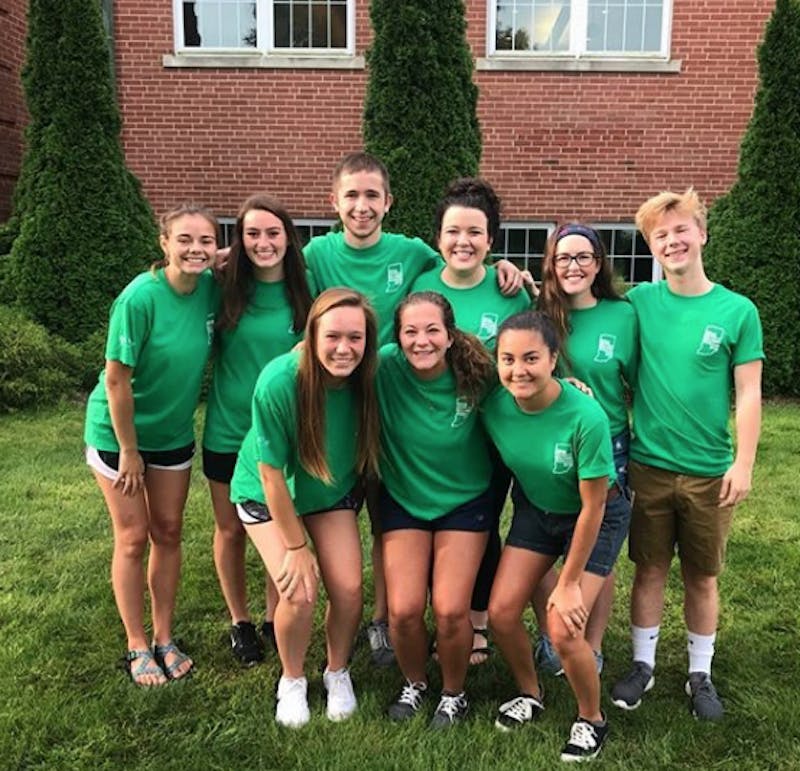 Our View: Two classes become one