Connecting with missions in Myanmar

Junior David Hnanga had the opportunity to teach his home village and other areas about music.

After 13 years away, junior David Hnanga returned with a new mission to the village he had fled from.

For Hnanga, it was like no time had passed. The sights, smells and people all were so familiar — he was finally home in Myanmar again.

With joy, Hnanga was reunited with his family and country after 13 years of separation. Although Burmese culture is not typically emotional, Hnanga felt the love in the sweet reunion with his family. His sister even hugged him.

Senior Thaddeus VanOverberghe, who was thrilled to join his best friend for this moment, was also taken aback by the family’s welcome.

“His grandpa looks me in the eyes and says, ‘My son!’” VanOverberghe said. “Oh my gosh, I could have cried instantly.”

Hnanga echoed this, rejoicing in how it felt like puzzle pieces falling back into place. There was no awkwardness — it was natural.

At that moment, months of planning, days of travel and numerous obstacles culminated in a perfect reunion.

Moreover, Hnanga was able to revisit his homeland while also becoming an active member of the rebuilding process and mission field.

Until recently, Myanmar as a country was relatively untouched by globalization. When the country received independence from Great Britain in 1948, the country formed a democracy, which was later taken over by a dictatorial rule in 1962. The government also changed the name from Burma to Myanmar, which is still not recognized by the U.S.

Also during this time, Christians in the Chin State were persecuted by the country’s majority Buddhists. This conflict led Hnanga’s aunt and uncle to flee with him and his younger brother to Malaysia in 2007 and later to the U.S. in 2013.

Hnanga was 9 years old when he fled from home.

In 2012, Myanmar’s dictatorship was overthrown and has since made strides toward democracy and religious freedom. However, the Chin State still remains relatively unreachable in the jungles of Myanmar, effectively cutting it off from medical supplies or sending missionaries out into Buddhist areas.

Speaking on the struggles of the Chin State, Dr. Taing Saing San, known as Dr. SaSa, was on a speaking tour in the U.S. where Hnanga connected with him. As the founder of Health and Hope, which provides healthcare to the Chin State of Myanmar, SaSa proposed that Hnanga travel to Myanmar to be a part of the outreach last September.

While they had raised enough funds to get Hnanga to Myanmar, it was up in the air if VanOverberghe would be able to buy an airplane ticket. Then, two weeks before they needed to book the tickets, the remaining amount came through.

Departing on Jan. 4, Hnanga and VanOverberghe traveled for two days before arriving in Yangon, Myanmar. At the airport, they were greeted with flowers, KFC chicken and a photoshoot with family and childhood friends.

For the first two days of their time in Myanmar, they explored the city and met with SaSa, the embassy, business organizations and other groups.

Specifically, the two met with the Mission Aviation Fellowship (MAF), who is working to put an airstrip in the Chin State. According to VanOverberghe, the MAF representatives said many missions and health organizations are unwilling to reach out to the Chin State until this airstrip is constructed.

Currently, the journey from Lailenpi to the Chin State takes two days through windy mountain roads. This journey is especially dangerous during the rainy seasons, which was new information to VanOverberghe.

“The hardest part is getting in and getting out,” VanOverberghe said. “It’s one of the most remote places on earth.”

Because the area is relatively untouched by Americans, VanOverberghe was overwhelmed with anxiety about the unknowns of traveling to the Chin State. Trying to find his bearings, he turned to scripture to receive validation about backing out.

“I wanted to turn around,” VanOverberghe said. “I was scared. And I kid you not, I’m hoping he’s going to tell me, ‘Don’t waste your life on things that might kill you’ or something. I open God’s scripture to affirm this fear of mine — as if I thought that was going to happen — and I open directly to Matthew 7 and read for four chapters. ‘Do unto others as you would have them do unto you.’”

Reaffirmed in their purpose for traveling to Chin State, the two embarked on the two-day journey through mountains, jungles and winding roads.

Ultimately, VanOverberghe said the difficult journey became emblematic of why outreach is necessary.

Reaching Lailenpi, the two were washed over with peace. Not only was the prospect of familial reunion closer, but there was a tangible difference in the atmosphere — the surrounding nature was breathtaking and the homes were colorfully painted.

“For two days we’re looking at . . . sad-looking towns, not just the third-world, but poor in spirit,” VanOverberghe said. “Then we get to the Chin State. It is gorgeous . . . you can tell that the Gospel has a physical effect on the culture.”

In Chin State, Hnanga and VanOverberghe took tours of the local schools and churches. Everywhere they went, they were welcomed and greeted as brothers in Christ. At church, they were even asked to speak to the congregation.

Later, Hnanga was also given the opportunity to offer music training to students and church members. Specifically, he and VanOverberghe taught the churches ‘Waymaker,’ taking them through the lyrics and meaning line by line. For Hnanga, a music major, this brought his greatest passion to the importance of missions.

“In (Myanmar) we don’t have any kind of music school or music classes,” Hnanga said. “We just have drums to keep the rhythm and that’s how it’s been for hundreds of years . . . I believe God’s given me a talent in music . . . to serve the (Myanmar) community.”

VanOverberghe affirmed the continual power and presence of the Holy Spirit during their trip. In the original adjustment to a new time zone, in the tole attending stacked meetings took, in the spiritual warfare at hand — God was present in comfort and direction.

Consequently, when the time came to leave Myanmar, Hnanga was downcast. He had finally returned after 13 years. According to VanOverberghe, Hnanga was almost silent the entire journey four-day journey from Chin State to Mandalay, Lailenpi and back to the U.S.

“To leave my country again — it was emotional for sure,” Hnanga said.

Looking forward, MAF expects to have the airstrip finished by the end of the year, the area will be more accessible for organizations like Health and Hope. However, Hnanga and VanOverberghe said the work in Myanmar and the Chin State is not over — there is an abundant harvest waiting.

Although the Chin State is predominantly Christian, it needs support to reach the rest of the Buddhist country. Hnanga and VanOverberghe said they repeatedly saw a spiritual destituteness.

“I remember standing in a pagoda and there was a giant statue of Buddha in gold,” VanOverberghe said. “There was this mom and dad bowing down to it, with this three or four year-old girl in the middle. She wasn’t praying like them, so the dad tapped her and (taught) her to do the same . . . that was a really marking moment for me.”

While both are unsure God plans for them to return to the state, they feel tethered to the mission field there. They hope to proclaim the need for Christian workers in Myanmar.

However, looking forward, they know one thing for certain: they have not returned the same. Both Hnanga and VanOverberghe echoed the sentiment that God had used this trip to mold their hearts.

“We listened to ‘Highlands’ — talk about highlands,” VanOverberghe said. “We were literally in the mountains and the valleys. David looks at me and he’s like, ‘This song means a little bit more now doesn’t it?’” 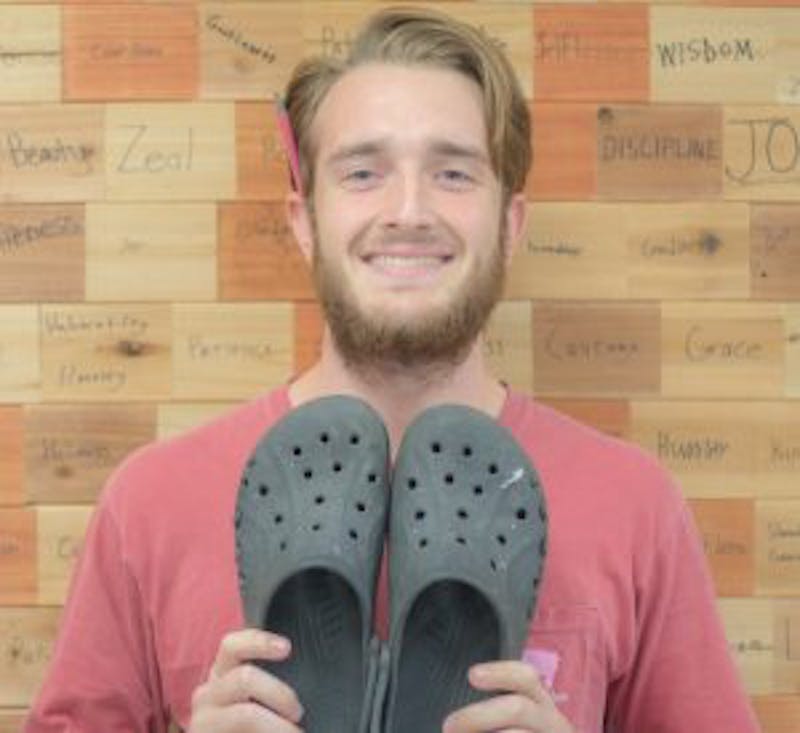