As Hurricane Dorian continues to devastate areas in the Atlantic, Taylor students rally together in an effort to give back.

Dorian has made headlines as it ripped through the Bahamas on Sept. 1 and began to creep into the U.S. this past week. Thousands of homes have been destroyed, at least 20 deaths have been accounted for and millions of dollars’ worth of damage has been unleashed upon the Bahamas.

Still, people fear the havoc that will ensue as Dorian inches closer to the Carolinas. According to NOAA’s Hurricane Research Division, Dorian is the strongest hurricane to touch the Atlantic since the 1935 hurricane “Labor Day,” surpassing 2017 hurricanes Irma and Maria.

Senior Wally McKinney, a Bahamian student at Taylor, stated that the devastation occurring in her home country was difficult to bear. McKinney and others have teamed up to form a drive through the Office of Intercultural Programs (OIP) that will aid those currently suffering in the Bahamas. Yet even these Taylor students are struggling to cope.

“We already feel helpless because we’re here and our families are there, struggling,” McKinney said. “This drive can help us feel connected to our community.”

McKinney hopes that Taylor students will become more educated about the storm as a whole and the drastic impact it has had on students here. She said her friends are picking up rubbish on the streets while she is sitting in a classroom, and added that people from Taylor have lost their homes. Some alumni have even lost family members.

OIP Director Felicia Case hurts for her students during this time. She acknowledges that many Bahamian students would be helping pick up debris if they were back home and sees how hard it is for these students to watch while their country suffers.

“I see (the students’) hearts; it’s hard to be away from their people,” Case said. “This is a national tragedy for them, and that’s not something that goes away in one day.”

Case added she is proud of her students for rallying together to help their country and share their stories, and she is also proud of Taylor students who have come alongside their peers and offered support during this difficult time. Case is one of the many that wants Taylor students to understand the impact a global crisis has on rural Indiana.

On Sept. 1, Dorian reached Category 5 status, the highest level of damage on the Fujita scale. The NOAA states that the hurricane reached between 261 to 318 mph at its most intense point.

“I think who we are in Christ calls us to transcend borders,” Case said. “We have a direct connection with our students here.”

The Integration of Faith and Culture (IFC) cabinet at Taylor has established a movie night tomorrow, Sept. 7, at 3 p.m., 7 p.m. and 10 p.m. in support of this goal. The cost of admission to watch “Spider-Man: Into the Spider-Verse” (and get free popcorn) is $2, and the cabinet stated that proceeds will be going towards relief for Dorian victims.

Senior Sarah Robinson, another Bahamian student at Taylor, added that students have another opportunity to contribute to the cause by donating nonperishable items such as blankets, towels, medical supplies and canned goods to the drive. Robinson plans to take a group down to the Bahamas in either November or December to deposit the goods they raise.

“One of our main goals is to make this a semester-long thing,” Robinson said. “We don’t want to bring awareness just to have it die down.”

Senior Coty Willis wants to provide as much relief to her family and friends as she can. Willis is a native of the island Grand Bahama, one of the 700 islands and cays that make up the Bahamas. She said her home was bombarded by 185 mph winds and raging waters.

Willis said the effect of Dorian on her hometown has brought forth a sort of depression. She fears that with every body recovered, one could belong to someone she knows.

“The Bahamas has never experienced a storm such as this,” Willis said. “70 to 80% of an entire island was covered with 10 to 15 feet of water; I believe I speak for all Bahamians when I say we need help and we’d be eternally grateful for any help given.”

Those affiliated with the drive encourage Taylor students to help in any way they can. Willis said prayers are always welcome. Case noted that donation boxes will be placed in each dormitory on campus along with a list of items requested for the drive.

Bahamian students here at Taylor are grateful for the overwhelming support they’ve received from the community. Both Robinson and McKinney appreciate people asking how they are feeling, wondering how their families are, and offering to help.

“I’ve had so many people ask me how I’m doing,” McKinney said. “I just tell them I’m okay, but really, my country is under water.”

The Bahamian students held a moment of silence for their country in chapel, and a prayer service was hosted by OIP on Sept. 4 in order to honor the country, pray for the hurting and pray for healing for the wounded.

McKinney did not believe many people would come to the prayer service, but was pleasantly surprised when a good crowd joined the Bahamian students in lifting their country up in prayer. Robinson believes services such as these have definite power to bring the Upland community together.

There is still much more to be done in the effort to provide relief to the Bahamas, McKinney said. She noted the island of Freeport is completely submerged underwater and many families are struggling to get by with the little remaining supplies they have.

“More bodies are being found every day,” McKinney said. “Under houses, being washed up at sea. . .some people here at Taylor are missing family members and friends.”

The Washington Post noted that those in the Carolinas were already losing power and hurricane winds are still expected to increase. The National Hurricane Center also advises those in Virginia and other neighboring states to prepare for intense storms.

While Dorian is expected to remain powerful through Friday, many U.S. residents have already put precautionary measures in place. Taylor is not alone in its efforts to help the Bahamas. According to The Washington Post, World Central Kitchen, Humane Society of the United States and International Relief Teams are among the many established programs helping Dorian’s victims get back on their feet. 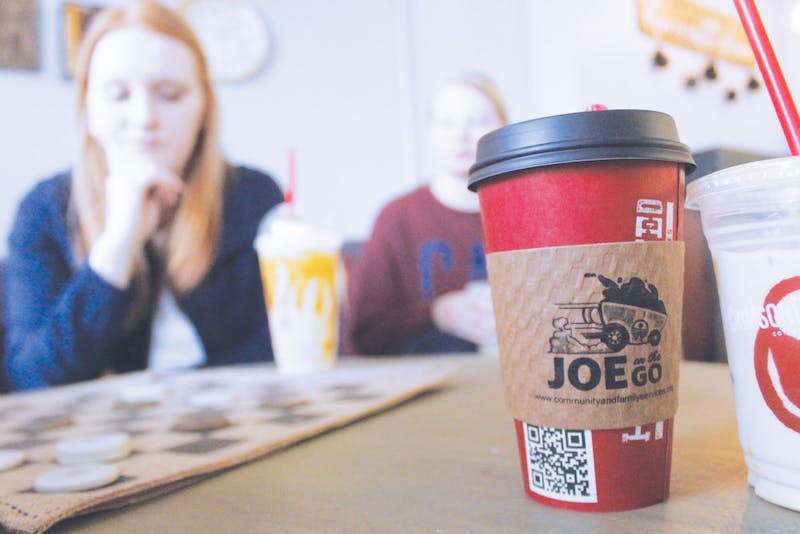