By Ellie Tiemens and Ansley Kary
Marissa Muljat
On Tuesday, Oct. 27, Taylor hosted a service of remembrance for Williams by the LaRita Boren Center fire pits.

Williams was a sophomore film student at Indiana University where he transferred after completing his freshman year at Taylor.

Witnesses said shots broke out on Saturday morning around 2:30 a.m. as Williams and his friends were sitting outside their rented Airbnb. The group was in New York to film a short documentary.

“On October 24, we lost our beautiful son Ethan,” the Williams family said in a statement. “He dreamed of visiting New York since he was a boy and saw the movie ‘Spiderman.’ Ethan was living that dream on a trip to New York when he was struck by a stray bullet and killed.”

Though no suspects have been arrested, police believe that Williams was not the intended target of the shooter.

The family and friends of Williams and former classmates of his at Taylor remember Williams to be a person who loved people, especially those who were marginalized or hurting.

Junior Kate Johnson knew Williams from their time spent living in the same building, Swallow Robin, and serving him at the Jumping Bean.

“I knew Ethan from seeing him at the Bean and visiting Swallow,” Johnson said. “I thought it was so funny but he always got really strong drinks from the Bean. I especially remember him asking for four shots of espresso over ice which felt disconcerting, so I asked him if he was good. He laughed and told me he was driving home for the weekend and needed to stay awake and if he was also jittery, so be it.”

Johnson said that she always saw Williams in deep conversation with his friends and the few times that she got a chance to speak with him she remembered how insightful he was.

After reflecting further she said that she remembers William’s calming presence that was evident to everyone he met.

“If he had the opportunity to say something to the shooter, we know that he would invite him for a cup of coffee and ask to hear their story,” the Williams family said. “He would forgive without delay. Ethan always saw beyond the surface and took the time to help others feel seen, important and loved.”

On Tuesday, Oct. 27, Taylor hosted a service of remembrance for Williams by the LaRita Boren Center fire pits.

Around 75 people stood in the dreary weather, huddled together in support.

Campus Pastor Jon Cavanagh led the group in a time of sharing stories, reflecting and praying together.

The death of Ethan Williams was and continues to be felt around campus.

A Go Fund Me memorial page has raised more than $35,000 of its $30,000 goal as of Oct. 29 to cover the unexpected expenses the family is facing. Those looking to donate can visit the linked page in the online version of this article. 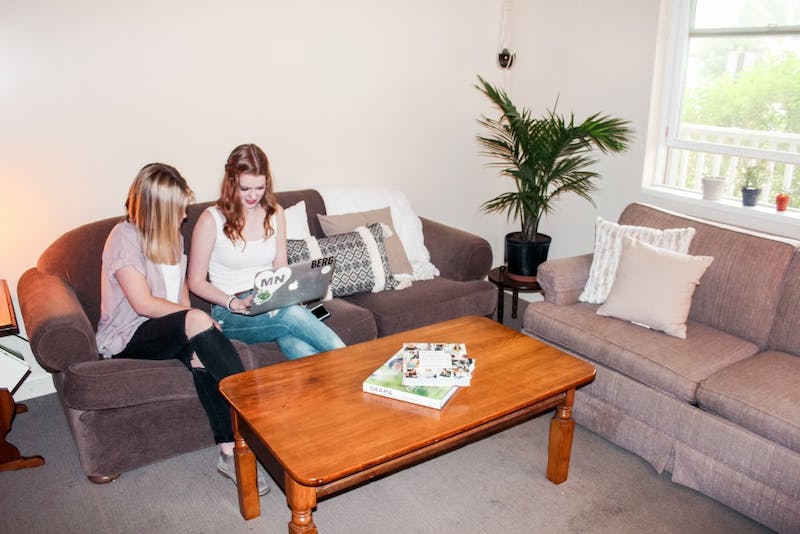 Moving on up (and off campus)