Professor shares her love for cooking

Professor of English Nancy Dayton possesses many talents. She started Taylor’s first Literary Conference, oversees the entire English Department and is a mother.

However, Dayton also has another talent, one which yields many treats for her family and students: cooking and baking. From scrumptious pie crusts to savory breads, Dayton makes food all people can enjoy.

Dayton’s love of making masterpieces in the kitchen began when she was a child with her grandmothers.

“[Cooking] was interesting to me, it was a challenge to me,” Dayton said. “I listened to my grandmothers when they were doing things [in the kitchen].”

Both of her grandmothers have had a great influence on Dayton’s cooking and she has many good memories with them. One grandmother would make homemade mincemeat pie every Thanksgiving and Christmas, which she ground the meat for herself.

Since then, Dayton has been cooking many things in her kitchen. Dayton makes everything from pumpkin pie to persimmon pudding, along with many other goodies which have graced her family’s dining table.

Many of those recipes have come from one very special cookbook.

“I have a recipe book from my great-grandmother actually, it’s handwritten,” Dayton said. “So, I made a recipe book of family recipes from my family and from my husband’s family for my kids . . . they were so excited to get it.”

Dayton loves helping her family in the kitchen. When her kids are home from school she often makes one of their favorites, homemade cinnamon rolls.

However, not every recipe she found was a success. Until recently, whenever Dayton tried to make bread, the loaves never turned out right.

“I’ve had several bread recipes that don’t taste good, and the rolls will be like hockey pucks,” said Dayton. “I finally found [a bread recipe], and now everybody wants the recipe in the department.”

Dayton also loves to make pies and her homemade pie crust is a hit. Dayton said her children won’t eat pie unless she makes it. One time she even taught some students how to make their own pie crust.

Dayton said some of her students wanted to learn, so she took them to the faculty lounge in Reade where she gave a baking lesson. Dayton said she would love to do it again.

Dayton believes cooking is also a great way to bring back wonderful memories for people and show hospitality.

Enjoying cooking is not just Dayton’s passion, but something her children also practice, especially her daughter, sophomore Grace Dayton.

Grace loves her mother’s cooking and said she also enjoys making food with her mother for their family and others.

“She makes these little mice for her majors every year,” Grace Dayton said. “I’ll help her make those because it takes a while.”

Along with those little mice, Dayton makes food to bring to each of her classes every year, wanting her students to have some home cooking.

Through this, food has made an impact on the students of her department in more ways than one, according to creative writing major sophomore Abbey Chandler.

“I love her cooking, and everything that I’ve tried of hers seems like comfort food and homey,” Chandler said. “She really does want the English department to be a family . . . and she brings treats into the office. Everything that I have tasted has just been phenomenal.” 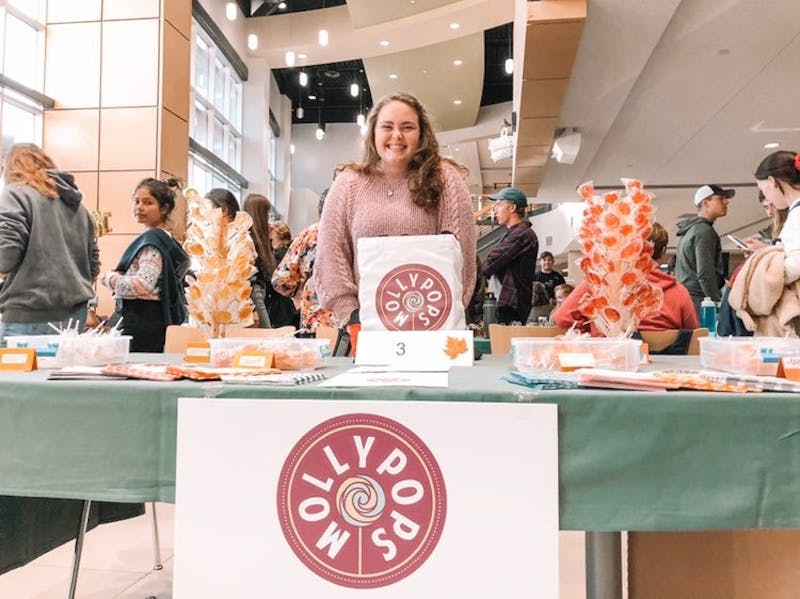