After Jacobs found out her stepbrother Austin Kanis was starting a watch business for fellow students, she decided she wanted to participate. Jacobs offered her social media abilities for advertising, but Austin shut her down.

Because of their sibling rivalry and her desire to prove herself, Jacobs decided to start her own business selling something unique to her: Molly Pops, where she would sell homemade lollipops.

Jacobs started her business by selling the lollipops out of her backpack to students at her high school. Jacobs marketed herself by word of mouth, social media and apparel. She also created merchandise, including stickers and shirts, to reach a larger audience.

However, Jacobs had little idea that Molly Pops would grow into a full-fledged business just three years later.

“It did not start as anything,” Jacobs said. “It was more of a joke, and I brought (in) a ton of different flavors and (they) started selling out in one hour. So, I was like, I could actually make something out of this. It was just competitive; It wasn't like, ‘Oh, I'm going to start a business.’ It's like, ‘Oh, I'm just going to bring these to school,’ and then people loved them.”

Besides the marketing, Jacobs dedicates Molly Pops’s success to its unique flavors and catchy name.

Jacobs explained the name of “Molly Pops” also makes her business successful because the name is automatically associated with her. She also credited her growth as a business to the accessibility of the resources to make the lollipops. However, Jacobs maintains the belief that the name is the most crucial aspect of her business.

“I always like to say I want it to be a household name,” Jacobs said. “You know how everybody calls tissues Kleenexes even if it's not a Kleenex? I want people to be like,’ Oh, I want a Molly Pop. I want Molly Pop to be the new name taking over lollipops.”

While in college, Jacobs has struggled to find time to run the business with the same attention she did in high school. Before, she would typically bake the candies at home with her mother and access to baking resources. Jacobs has since found it more difficult to continue with the same method.

Jacobs’s original plan was to continue to make them at home, which she did while visiting home in Grand Rapids, Mich. However, because of the level of demand, she decided this may not be the most effective method. Jacobs’ solution may be to hire more people to work for Molly Pops.

While maintaining her independent business, Jacobs incorporated her roommate, freshman Moira Decraene, as an unofficial sales associate to aid her in her growing business.

Although she jokingly says she was forced into the position, Decraene also agrees that she loves being a part of Molly Pops.

Decraene finds pleasure in seeing Jacobs establish relationships with strangers on the street with her extrovert personality and her ability to make others feel loved.

Decraene also said although Jacobs is always on the job, she naturally incorporates it into everyday conversations. Because she is so passionate about it, Molly Pops has become a way of life for her.

Jacobs’s mother, Melody Kanis— who is a businesswoman herself—noted Jacobs’s business-oriented personality as a trait she always possessed.

“(Jacobs was) six or seven years old and she just decided she was going to make lemonade,” Melody said. “She would go out while we were out golfing during the league and sell to all of our friends. I think she’s probably had it in her blood.”

Melody also remembered Jacobs coming to her real estate office and answering the phone with the company’s signature greeting, “Hello, Jacobs Real Estate, how may I help you?”

These patterns of interest in business led Melody to believe that it is something natural to Jacobs, even if Jacobs did not discover this until Molly Pops. Melody said that Jacobs, with her big personality, was made to sell.

Today, Molly Pops has catered weddings, birthday parties and graduations. On Wednesday Oct. 23, the business also made its debut at Shop the Loop.

“I think it's her recognizing her ability to have her own business or at the very least, possibly manage something,” Melody said. “I don't think she recognized that in herself before.” 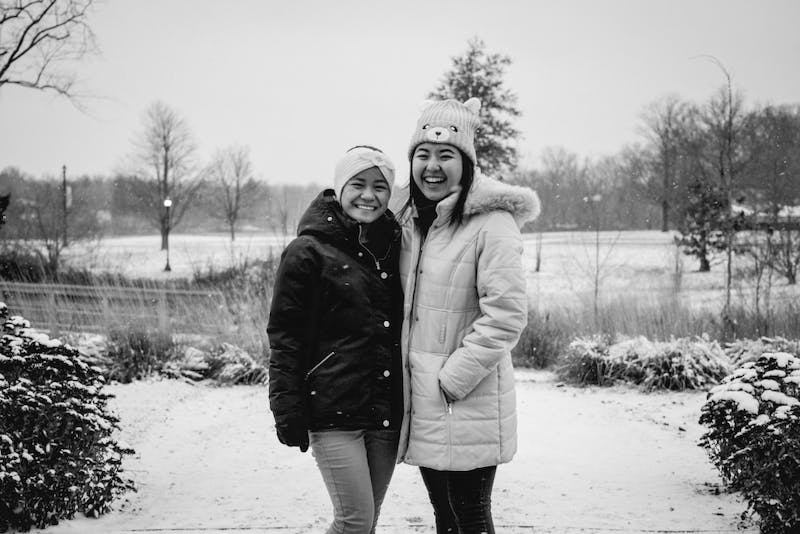