By Madi Turpin
Officers Lauren Yeakle and Samuel Fowler want to serve the Taylor community to the best of their abilities.

Keep a lookout for the new faces of officers Lauren Yeakle and Samuel Fowler, who joined the Taylor University Police Department this semester.

Yeakle has worked as a police officer for over a year, and Fowler has worked for the sheriff’s department since September 2018. Yeakle originally worked for the Marion Police Department but was encouraged by some of her fellow officers to apply to Taylor.

“In Marion, there’s a lot of stuff you see and deal with,” Yeakle said. “Where (Fowler) and I come from, people don’t typically wave at you. They look the other way or say really nasty things.”

Yeakle discovered that Taylor’s community was much different. After her 2-year-old daughter, Kori, encountered some health issues, Yeakle began to debate her call to law enforcement. She said she found a family in the community and people would come to her just to chat or check up on her daughter.

She found out about the position at Taylor and stayed in contact with Chief of Police Jeff Wallace, deciding that if she were offered the position, she was called to stay. If not, Yeakle figured she would close the door to serving in law enforcement.

Fowler discovered Taylor after Yeakle suggested him for the position. He had already been working at a probation department in Grant County when an influential coworker of his, Carla Smith, told him he was good at talking to people. She encouraged him to be in law enforcement.

“I still wanted to serve and continue using my training,” Fowler said. “The cool thing about (working at Taylor) is that it’s not so much your typical law enforcement atmosphere.”

Fowler noted that Taylor is very relational. He appreciates being able to connect with students and particularly enjoys working for Wallace.

According to Fowler, the atmosphere, staff and department make the campus extremely welcoming.

“Jeff displays good relationships in his line of work and with students,” Fowler said. “Every day is odd working here because everybody smiles at you, and it’s not trying to plot on me — it’s genuine and welcoming.”

Wallace believes that while both officers are more than qualified to carry out the job, they also want to engage in the community.

Wallace said one of the biggest things he looks for when hiring staff is how they connect with the community. He said Yeakle and Fowler expressed that Taylor was something unique, but credits the atmosphere to God.

“If God can allow me to be in this role and have all the impact on our students’ lives, He gets all the glory, not us,” Wallace said. “God can work through anybody in any kind of uniform.”

Yeakle said she is extremely grateful for the family she has in the Upland community. As an Upland native herself, she already felt the connection with the people. She has been passionate about law enforcement since her time in the Army and pursued police work when her daughter was four years old.

Yeakle said she originally went to school for nursing, but felt called to return to law enforcement. She knows now that her opportunity here was God’s way of telling her to serve where she was planted.

After relentless praying, Yeakle said she feels cared for by the community; however, she wants people to recognize that the care is reciprocated.

“I want people to realize that there’s a heart behind the badge,” Yeakle said. “Yes, we’re law enforcement officers, and when things get crazy here we’re going to run and do our jobs, but I’m also a mom and have feelings and emotions.”

Similarly, Fowler said just being able to converse with individuals will make all the difference. He desires to meet people where they’re at, even if he’s not on guard, and wants those in the Taylor community to feel welcome to talk with him about anything.

Yeakle, who also has a five-year-old son, Easton, typically works Tuesdays, Thursdays and weekends. Fowler usually works weekends as well and resides in Grant County. Both officers said they are on campus whenever Wallace calls them in.

Wallace looks forward to the unique ways both individuals will contribute to the department and Taylor as a whole.

“Law enforcement can be a difficult job, even if we do everything right,” Wallace said. “Students should feel free to engage with us in conversation, even just to say hi. I want that to be what we’re about.” 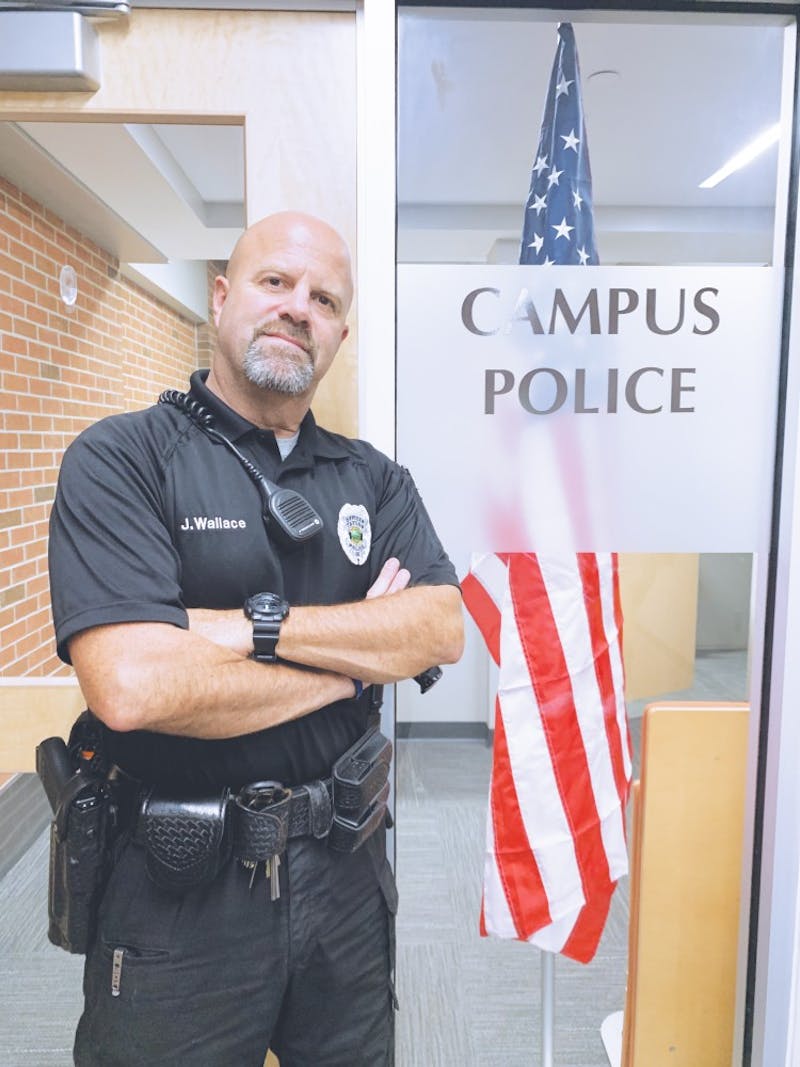