Rick Johnston serves as the broadcaster for TU Athletics.

Fans of Taylor Trojan sports know the voice, and why wouldn’t they?

For one, it doesn’t change regardless of the sport. Football, basketball and baseball? Yep. Volleyball, lacrosse and softball? Sure.

Don’t forget every Taylor soccer game, or the one time that voice described a cross-country meet in the middle of a bean field.

That voice TU sports fans are so accustomed to hearing belongs to Trojan play-by-play man, Rick Johnston. He’s been calling the action in Upland for nearly a decade, and he’s still as all in as he was on day one behind the mic.

Johnston says his mom talks about how he started speaking at two and hasn’t stopped since. He grew up watching SportsCenter anchored by Stuart Scott and Rich Eisen. And something was crystal clear: These guys loved their job. Especially Scott, whose catchphrases — “He must be the bus driver cuz he was takin’ him to school!” — were easy for a young Johnston to comprehend.

“His catchphrases were things that I could relate to,” Johnston said.

To this day, Johnston has a ‘Boo-Yah’ sticker — another one of Scott’s well-known catchphrases — pressed onto his clipboard he uses for calling games.

Johnston started his play-by-play career as a student at North Central High School in Indianapolis. His time at North Central coincided with Eric Gordon, 2007’s Indiana Mr. Basketball. Gordon, now with the Houston Rockets, is currently in his 15th year as a NBA shooting guard and small forward.

Looking back now, Johnston says he was lucky to regularly be behind the microphone for some of the biggest high school games in the state on a weekly basis. In 2007, a North Central versus Loyola Academy (Illinois) matchup aired on ESPN.

Michael Jordan was there.

Johnston called 99 games as a broadcaster in high school. 98 of those games were as a play-by-play man. He served as an analyst for one soccer match.

While he admits his high school soccer analysis that day might have left a little to be desired, Johnston’s play-by-play experiences in high school helped set the stage for where he is now.

“I give all of the credit, anything I’ve done, past, current (or) future, any of that, any job that I get (or) any opportunity that I get, (it) all goes back to me calling those games in high school,” he said.

After attending college at Ball State University down the road in Muncie, Johnston landed a job at the United States Military Academy. There he called a multitude of sports, including men’s gymnastics.

He cites legendary broadcasters like Dick Enberg and Al Michaels as personal favorites due to their incredible versatility in the broadcast booth.

“I love old announcers who were known for calling multiple sports,” Johnston said.

Being a versatile broadcaster has served Johnston well at Taylor, as he has routinely had days where he calls play-by-play for three separate sports over the course of 24 hours.

The versatility has helped since arriving in Upland, but getting to Grant County in the first place required an assist from an old connection.

Cameron Andry is currently the head women’s golf coach at Ball State. Prior to that position, Andry served as the director of golf at Taylor. He and Johnston first crossed paths when they were both pursuing telecommunications degrees in Muncie.

Johnston credits Andry with giving him his start at Taylor University.

It was Andry who confronted Angie Fincannon — the director of athletics at the university from 1992 to 2015 — about offering Rick a position at the school as its play-by-play broadcaster. Andry told Fincannon that if the university didn’t hire Johnston, somebody else would.

Johnston agrees, but says that “somebody else” would have been a Lowe’s or a Target. He didn’t have any other broadcasting prospects when he took the job at Taylor.

“They took a chance on me and it saved my career,” Johnston said. “It really did.”

Assistant Professor of Sport Management Amy Stucky was working in the athletic department during Johnston’s early days in Upland.

She was impressed with him and his ability from the start.

“Once Rick came on the scene that was it,” Stucky said.

She also took notice of his preparation and dedication to the craft.

Others must have noticed his abilities as well, because Johnston is now in his tenth consecutive year as the voice of the Trojans.

While focusing primarily on play-by-play these days, Johnston was the Trojan Sports Network (TSN) video content manager from 2014 through 2022. The role provided him with the opportunity to produce packages on several of TU’s talented student-athletes.

In doing this, he set the standard for other schools in the Crossroads League. Other universities and their athletic departments started dedicating more space on their respective websites to longer form video storytelling.

Johnston’s dedication to video storytelling and sports packages brought fans closer to the athletes and action in a way that hadn’t been done before.

“Just like anything with sport or with media, it’s breaking down a barrier that then people can become a part of, and they develop a relationship with the athletic department,” Stucky said.

If your dreams don’t scare you, then they’re not big enough.

Rick Johnston has some big dreams. He wants to eventually score a network level gig calling the biggest games of the week on either TV or radio.

It’s a dream that will eventually (and most likely) require him to leave Grant County; however, while he works toward what’s next, Johnston remains as dedicated as ever to calling the action for Trojan athletics.

“They took a chance on me, and I just keep trying to pay them back,” Johnston said. “They kept my dream alive, they really did.”

In his tenth year at Taylor, Johnston isn’t letting up at all on the gas.

Or, in the famous words of Stuart Scott, “Just call him butter ‘cause he’s on a roll.” 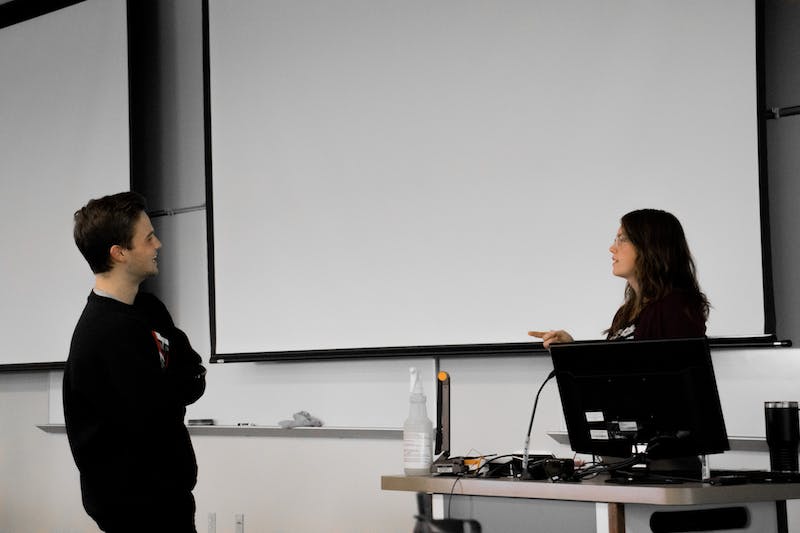 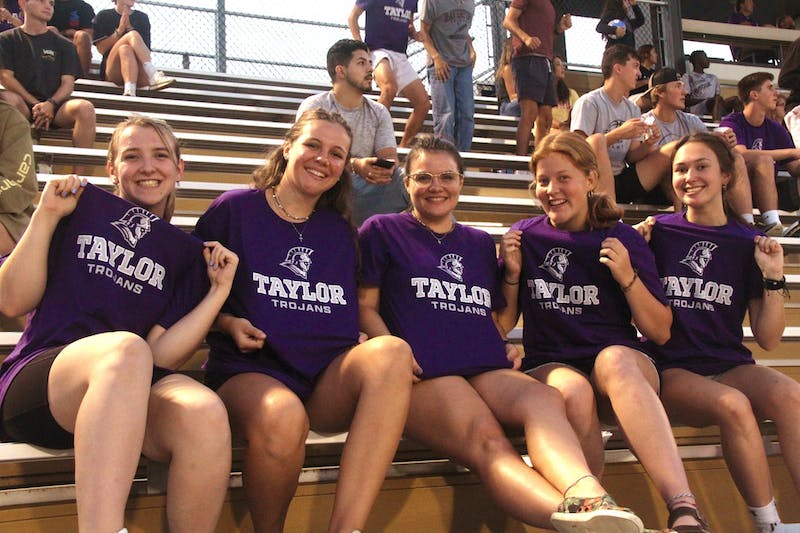 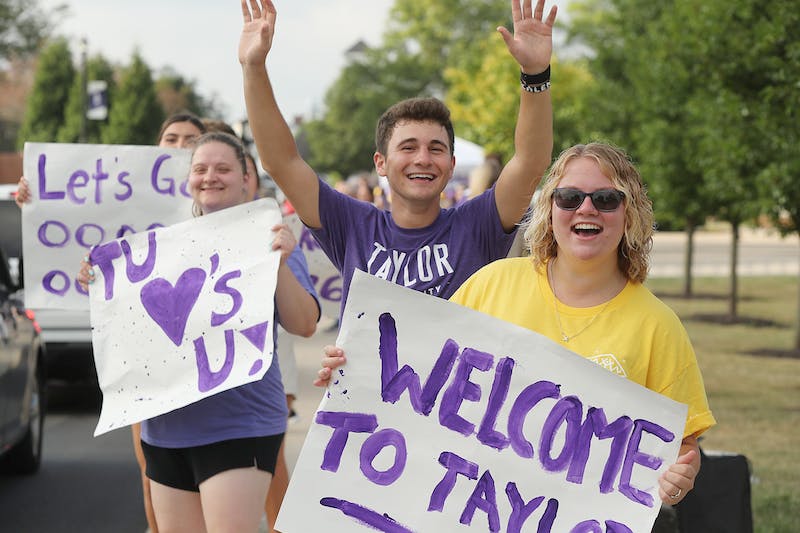