Behind every production, there is at least some chaos behind the scenes. In a school production, “some” becomes an understatement.

All of these factors can be overcome. Despite everything going on, a decent director can make it work consistently. The show gets put on, and it almost always goes well. The students have fun. The audience enjoys it. People make memories.

This was the play freshman Caleb Heffron, a student director, attempted to create in 11th grade. What happened next is a tale of organizing, success, defeat and learning. He definitely made memories, that’s for sure.

The project started as an idea of some of the students in Heffron’s homeschool co-op, who decided with their teacher’s help to put on a show after studying Shakespeare in class.

“So you know, for each play we read, we’d do a scene. And then the first book we wrote is Much Ado About Nothing,” he said, “We all loved it. We all had so much fun reading it and acting it out. It was a lot of fun. And so we decided, hey, why don't we put on a production of it?”

So they did. With only thirteen students and one teacher, they decided to put on a show. Heffron asked if he could direct it, and he was given the honor. However, the job came with some struggles.

First, Heffron had to edit the script. With so few students, many minor characters had to be cut out of the production. Many lines had to be cut for the sake of shortening the play. Some lines had to be edited for simplicity. To accomplish all of this, Heffron enlisted the help of a friend. Together they broke down the lines and figured out what needed to be cut.

“What I would do, I would go through the scene, read it, cut out some stuff, add in some stuff, send it to my friend Adam, and he would then look at it compared to the original script,” he said.

Second, Heffron had to direct the play. At that point, the script had been edited and classmates had been cast into their roles. It was time to get them to learn their lines. At first they did read-throughs of the script. Then they began blocking, that is, planning the movements of the actors on stage.

The read-throughs turned out to be the easy part. It was just reading lines, after all. The difficult part was the blocking. Once the actors were put on a stage to practice, Heffron found it hard to get them to focus. Since practices were after school, general tiredness was the main enemy.

That, and two other things. First, Heffron was acting as well, which only added to the stress he experienced. Second, uncertainty of where they would be performing made it difficult to precisely plan the movements out.

Throughout most of the practicing, they were having trouble finding a venue for the play. They wanted to pick a church to perform in, but finding a good one for the play proved to be difficult.

“The church where we met at for our homeschool group, it was great, but their sanctuary was very, very echoey,” Heffron said. “The acoustics were not great for a play. So unless we had microphones it would sound really bad. So we were hoping to get it at a different church and later down the line.”

However, once the venue was found, blocking became much easier. By then, the actors had a much greater memory of their lines as well. Costumes were being fully put together by the teacher, and props were acquired. Heffron and a classmate even taught the actors how to ballroom dance for a scene. All they needed to do was set the time and date for the event and perform on the day. Everything was going smoothly.

Until the COVID-19 pandemic occurred, that is. Once schools began to close down, the project began to collapse. Attempts to reschedule the event were made, but the final blow was delivered when one of the students who played a major role in the play decided to leave the project. For Caleb, the abandonment of the project was crushing.

“COVID was rough,” he said. “Having the play canceled was a super huge part of it. It was rough for everybody, but that was one of the things that made it hurt the most for me.”

Eventually, Heffron got over it. However, it still stung for a while. He had worked so hard on the project, only for it to never happen. There was one good thing to come out of it, however. Heffron became more patient and became more able to let things go.

“It wasn't until senior year that I was finally able to kind of breathe at that point, and let go of all of the sadness… that I had,” he said. “God wasn't going to let the play happen. That's it. And he's using this on how to train me to be more like him. So I feel like through the process, I've become a lot more patient. I've been able to let things go a lot easier because of that.”

To this day, Heffron still loves film and theater. However, he is more patient now than ever. He lets things go easier. The abandonment of the project made him search for a silver lining, and he found his. 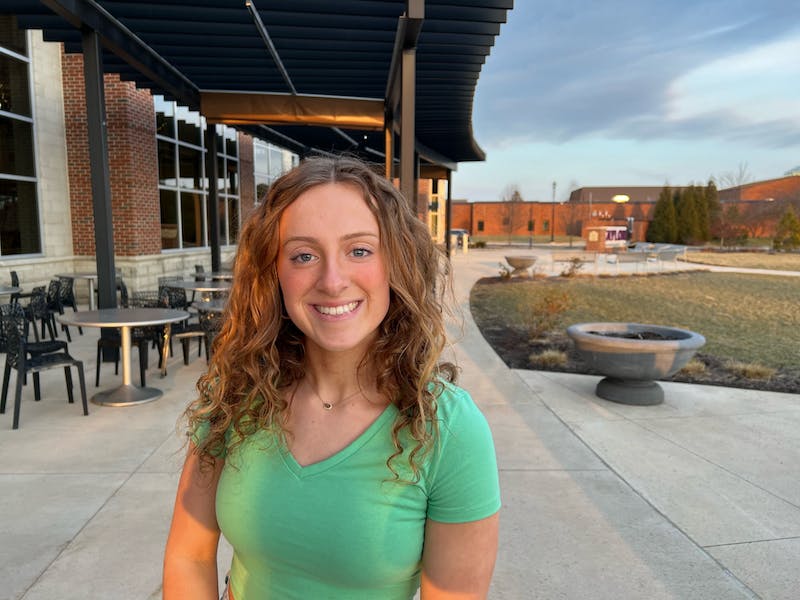 An unforseen journey to Taylor