By Ethan Jackson
Film majors are able to get hands-on experience through Taylor’s Film department.

From the outside, being in the film department might sound like a lot of fun — and while that might be true, many students outside the major might not realize the time and effort film students put into their projects.

Film majors create many film projects, from short films to documentaries to commercials. Film professor Kathy Bruner said that students in the department are taught a plethora of filmmaking procedures and abilities, such as writing, directing and editing narrative films; using advanced technology like cameras, lenses and lighting; and creating film content for marketing, advertising, promotions and storytelling in general.

With so much to learn in four years, the film department uses a hands-on approach to their classes, having students create their own unique film projects to learn the ins and outs of the filmmaking process.

“The first day of class, you have your syllabus, and you're looking at all the things that you have to do, and you're like, ‘Oh, my gosh, I have to do this huge thing by the end of the semester,’” said senior Abigail Cox. “It seems really intense, but all of our professors have a way of walking you through step-by-step.”

Cox said that learning the film process step-by-step also has helped learn her own strengths and weaknesses, as well as how to prioritize her time based on her skill sets.

“It helps you realize what you actually want to do and what you're actually good at. You can come in and say, ‘I’m interested in this,’ but you don't actually know because you've never done it before,” said Cox. “So for me, it's helped me realize creatively what direction I will probably want to go in after I graduate.”

The hands-on approach does not help only upperclassmen students.

Sophomore Patrick Marsh said that the larger senior projects have plenty of opportunities for other underclassmen to volunteer and get involved with the productions as well.

“Being with the seniors, you'll learn a lot about how a bigger team functions because all of the crews are probably between six to eight people,” Marsh said. “So you get a chance to see how a crew with an actual director, an actual cinematographer and actual editor works, and there's no pressure on you because you're just helping out where you can.”

“You get to learn through your peers,” said Cox. “They teach you things as they are learning things.”

Senior Jon Bomers said that collaborating is a crucial part of the entire filmmaking process. In his own recent documentary project, his team combed through the same three hours of interview material only to pull out entirely different perspectives of the same story.

“You kind of work off each other, and it winds up being this beautiful amalgamation of everyone's vision and ideas coming together,” said Bomers.

Bomers said that much of his inspiration for his work comes from hip-hop and action movies, while others might find more ideas in Hallmark movies and folk music.

Working with other people means that there are going to be multiple creative perspectives, which can often work well together.

“The film program has so much collaboration and so little competition,” said Bomers. “It’s a kind of iron sharpens iron type of major.” 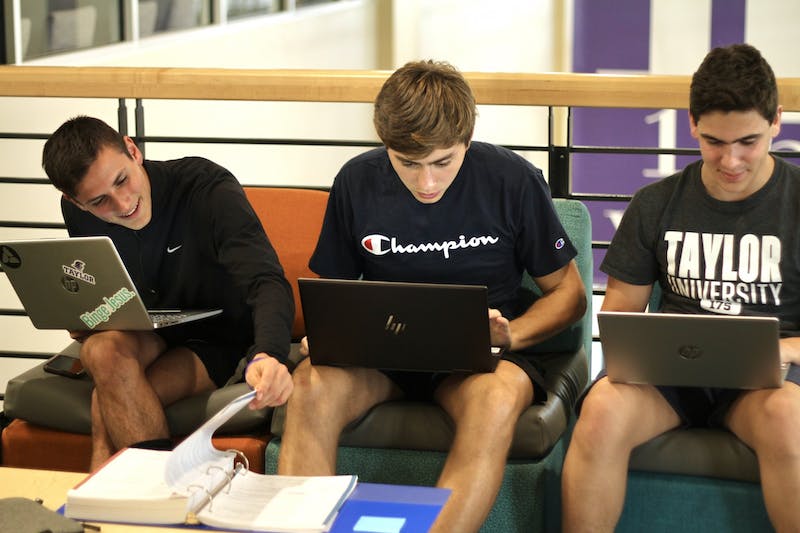