Oke brings many years of coaching experience to Taylor.

On August 29th, Lorne Oke was hired as the men’s and women’s head golf coach for Taylor University.

Oke takes over two programs that have had incredible success in recent memory with the men’s team winning the past six Crossroads League titles and the women’s team winning four out of the past five, falling just short last season by two strokes.

“This is obviously the premier golf program in the conference, nobody is going to argue with that,” Oke said.

Oke has never coached at Taylor, but he is familiar with the school. He was good friends with former Taylor golf coach Cam Andry and has had two stops at Crossroads League competitors, Indiana Wesleyan University and Bethel University. He also studied with current Taylor women’s basketball coach Jody Martinez at Bethel.

He has experience coaching more than just golf. He was a successful volleyball coach at Bethel, winning three NCCAA National Championships and earned Crossroads League Coach of the Year in 1996.

In terms of golf coaching experience, he brings many years of experience. He coached the Bethel men’s team from 1994-2000 and led the women’s team in their first season. He took a break from coaching to spend more time with family as he was already the Chief Information Officer at Bethel. At Indiana Wesleyan, he coached men’s and women’s golf from 2016-2019, helping the teams finish top three in the Crossroads League in each season.

He also brings an extensive background in higher education with many years of teaching as well as being the associate vice president of the Talent Ladder at Indiana Wesleyan for many years. The Talent Ladder was an effort to take people to the next level, no matter where they were in their career.

Oke says his priority at Taylor is coaching, but has already done some consulting, and is not against helping out wherever he may be wanted.

With the amount of talent on both teams, Oke says he will focus more on the mental side of golf rather than focusing on the physical sides of golf. Part of this is because he has not had a ton of time with the players before tournaments have started.

“(He teaches us) how to react to a shot on the golf course, how to plan a shot and execute it to the best of our ability,” sophomore Sabrina Langerak said.

Both teams have already started playing tournaments. The no. 16 ranked women’s team won the Battle at Brookwood in Fort Wayne, beating three conference teams, Huntington, Grace and St. Francis. Taylor swept the top five with Langerak winning, freshman Shayne Lim in second, sophomores Alyssa Schmidt and Ellie Beavins tying for third and junior Elizabeth Kemper finishing fifth, At the Players Club Invitational in Yorktown, the team finished second, losing out to No. 9 Indiana Wesleyan, but beat No. 4 Dalton State and No. 8 Cumberland. They also beat three conference opponents, Marian, Huntington and Mount Vernon Nazarene. Lim won the tournament and the team finished with a school record of 291 in the third round.

The men’s team finished second out of 15 teams in their first tournament of the year, the Players Club Invitational, finishing 7 strokes over par. No. 19 Lindsey Wilson College won the tournament with an even score. Senior Noah Ross and junior Adam Kasitz both finished in the top five with senior Javan Johnson just behind, tying for sixth place. The team beat conference foes Indiana Wesleyan, Grace and St. Francis.

“For us, the team atmosphere doesn’t seem any different,” Johnson said.

Both teams have set the goal to win the Crossroads League this year. Both teams will have to battle with Indiana Wesleyan and they have both played them already. The men’s team beat them by 15 strokes and the women’s team narrowly lost by five strokes to them. 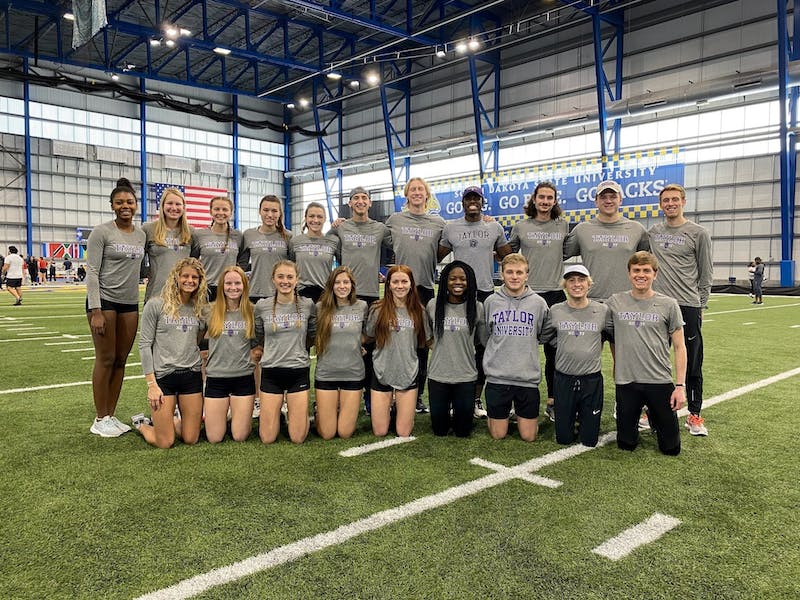