By Markus Miller
Huseman has put together a number of impressive seasons in his baseball career.

“I said, word for word, you will never see me as a MAHE student,” senior Noah Huseman said. “Two months later, I applied to MAHE.”

These kinds of unexpected switch-ups aren’t uncommon occurrences for the fifth-year senior. His time at Taylor has been defined by doors opening and closing, even when it isn’t obvious.

He’s filled many leadership positions on campus, including working as a personnel assistant his sophomore year and a Calling and Career Office intern. He’s risen to an elite level on the mound, leading the Crossroads League in earned run average in 2021 and being named to the All-Crossroads League team.

Now, in his fifth and final year, he’s working as a Presidential Fellow, continuing to pursue excellence on the diamond and looking forward to his time in the Master of Arts in Higher Education and Student Development program.

However, it wasn’t always that way.

“I was an annoying little kid as a freshman sometimes,” he said. “There was a time where I irrationally thought about if (Taylor) was the place for me sometimes, and if we had 12 pitchers on our team, I was like the 15th best guy.”

He only threw two innings his freshman season, and it wasn’t until his third season on the diamond that he became a foundation in the Taylor rotation, where he’s remained since.

But as time went on, Huseman began to feel more at home. His teammates took him in, encouraged him to work on his craft, and things began to shift for him. He noticed improvements in his mechanics, which would lead to improvements on the mound, and as he began to step into a more prominent role on the field, COVID-19 robbed him of his first season in the starting rotation.

Once the NAIA announced they would allow athletes that lost a year of eligibility due to COVID to return for an extra year, it was an obvious decision. He wanted to keep playing baseball as long as he could.

“I was starting to break-out,” Huseman said. “I had a really good fall, went out to Boston to train, and was having a great spring, and then it got shut down. Think about the headspace I was in, sitting on my porch when it’s 75 degrees out, and baseball is just not happening, versus right now, and the reasons I’m thankful I came back. It’s crazy”

Now, it’s more than just baseball. For him, it’s about another year of playing with the teammates he’s called friends for four or five years and getting a chance to pour into other opportunities.

“Everything else in my life was going to be there 12 months later, right?” Huseman said. “If I graduated in 2021 or 2022, everything I wanted to do in life would be there, besides baseball. And so it was an opportunity to be in the locker room for another year, meet another class of freshmen.”

At that point, there was also a professional dream for the right-handed hurler.

While Huseman didn’t fit the perfect mold for a pitcher, his results on the mound and fastball velocities took leaps in each individual year after his freshman season. To the point that when the 2021 season was coming to a close, a contract wasn’t far off.

A Los Angeles Dodgers scout was in attendance to watch him pitch at one point, and he had made connections with the Cincinnati Reds and Chicago White Sox. In Huseman’s words, if he hit 94 or 95 with the fastball, he would have a contract waiting for him to sign. The offspeed was never the question.

So, as he had done up to that point, he worked at it. He was hitting 93 in 2021, and he felt he could push himself and gain just a tick or two more.

It didn’t start as anything too bad, but it kept progressing to the point where Huseman couldn’t sleep at night, and was having a hard time running and jumping. For a point, throwing a pitch would temporarily render his right leg limp, before he’d regain feeling and control.

So, he got an MRI, and found out he had ruptured a disc in his back.

The doctor wanted him to have surgery the next morning.

“I said ‘What happens if I don’t?’” Huseman said. “(The doctor was) like, ‘Well it could get worse, and if it gets worse you need to.”

Huseman pitched the next Friday against St. Thomas, a top 10 team in NAIA, recorded eight strikeouts in six innings, touched 91 on his fastball and has proceeded to throw every start this season with a ruptured disc in his back to the tune of a 3.58 ERA and 88 strikeouts in 71 innings.

But, he said the professional dreams are gone now. As he puts it, no one wants to sign a fifth-year collegiate player with a ruptured disc.

This caused his priorities to shift. Instead of playing for a scout, or to sign a professional contract, he’s playing for a group of teammates around him.

“It took that dream away,” Huseman said. “But it made it to where none of this has been about me this year. Even if I’m having a bad start, instead of me saying I need to pull it together for my ERA to keep my ERA down so the Dodgers will be interested, it’s about ‘I need to get it together so I can hold this deficit and give our offense a chance to bring it back.’ That’s been the defining moment for this year.”

It also opened him up to MAHE, where he’ll be studying organizational leadership and working closely with President Michael Lindsay as a graduate assistant. The program wasn’t an option for him until earlier this year and opened up as his future plans shifted from baseball.

“There’s been a lot of things that have fallen into place that are out of my control,” Huseman said. “They’ve given me opportunities, like these. This isn’t just me doing all these things on my own, there’s a piece that’s beyond my control.” 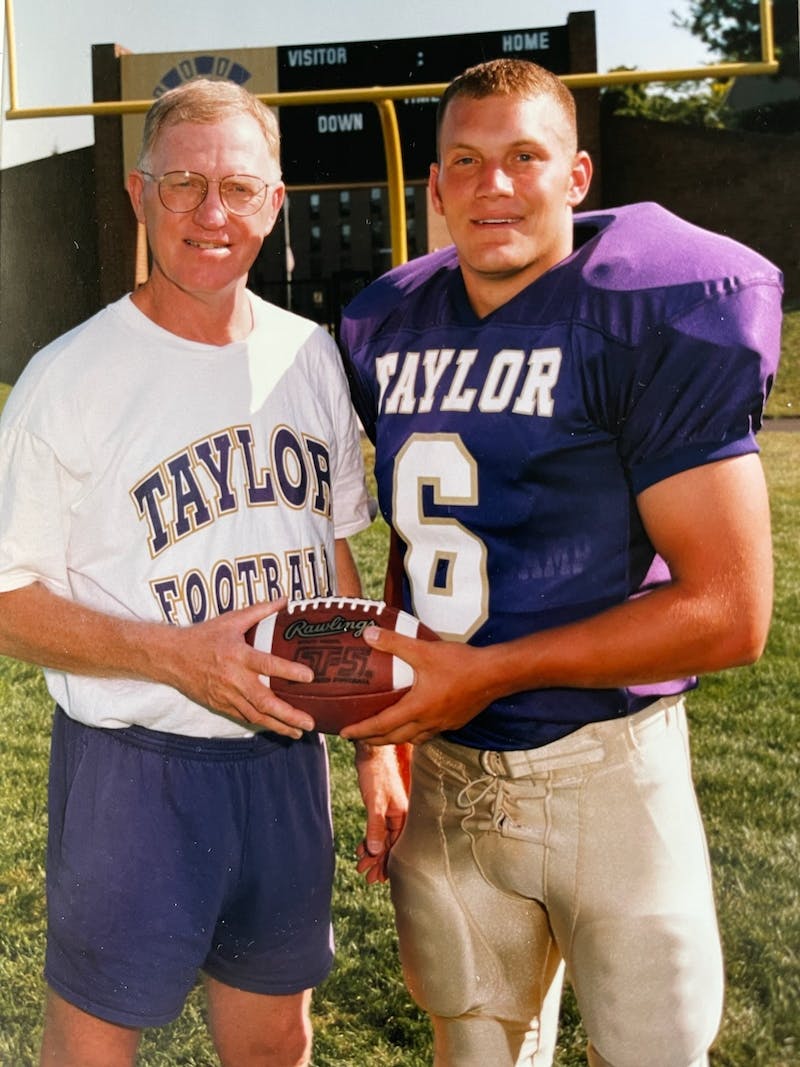