Work has begun on the athletics weight room above the Odle Arena lobby, as renderings, designs and pricings have been finalized.

The $1.1 million investment, which comes from direct donations to Taylor Athletics, will cover the entire project –– from new equipment to a renovation of the Odle lobby. The space in front of the Odle lobby and the lobby itself have been closed off as work begins on the project.

Much of this initial work started after the conclusion of the women’s basketball season at the end of February.

Aug. 1 remains the expected opening date of the new space, in time for fall athletes to use the weight room before the beginning of the 2022 season. Kyle Gould, director of intercollegiate athletics, said some of the finishing touches for the weight room and the lobby will come later in the year as Taylor undergoes a rebranding, but the equipment will be in place in August.

“We’ll have some temporary weights, but the actual equipment will be there, and our athletes will be able to lift then,” Gould said.

Each athletic program at Taylor will be able to use the weight room in some capacity as a priority of the project was creating a central space for Taylor’s athletes. As constructed before the renovations, the upstairs weight room was not able to house all of Taylor Athletics’ weight training and had begun to show signs of age.

In addition to the equipment, new flooring will be added to the weight room and exterior windows will be built along the east end of Odle Arena.

With the project also comes changes to the Odle Arena lobby and entryway.

“The parking lot between the baseball field, Odle and the (Dining Commons) is the number one entry point at Taylor when visitors come,” Gould said. “So we’re just trying to make the lobby a more welcoming place and have it fit the rest of the campus.”

The ticket boxes have already been removed from the lobby as space will need to be made for a second staircase that goes up to the weight room. The Odle bathrooms will also be updated and the rest of the space will be modified to fit the changes in university branding. 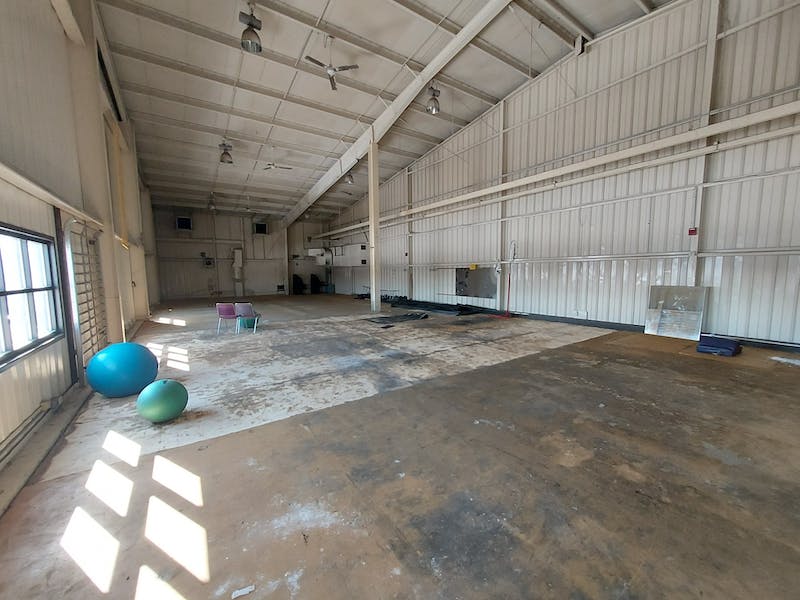