The following article, which first appeared in both print and online editions of The Echo Monday, April 11, has been revised to correct errors of fact and to provide additional context about a civil court case involving Gordon College – Editor.

The U.S. Supreme Court recently decided to allow a lawsuit by a former professor against Gordon College to continue in a lower federal court in Massachusetts without a “ministerial exception,” technically called a denial of certiorari.

“In practical terms, the decision by SCOTUS not to accept the appeal of the Gordon College case is that it leaves in place the decision of the lower court,” Jeremy Dys (TU ’01), special counsel for litigation and communications at First Liberty Institute, wrote in a statement to The Echo.

In a written statement emailed to The Echo, former Gordon College President Michael Lindsay, now president of Taylor University, said he is encouraged by the U.S. Supreme Court’s decision.

“Although I would have preferred for the U.S. Supreme Court to adjudicate this case now, I am gratified by the Court’s Statement and their evident attention to the importance of the First Amendment,” Lindsay wrote. “Since any case needs the assent of four justices to be heard by the Court, it’s heartening to see a supportive Statement from four justices, indicating their openness to hear this case eventually or a case like it. Meanwhile, I remain convinced that Gordon handled this situation appropriately and am praying for justice to occur through the proceedings.”

“While the nation’s high court was considering the college’s certiorari petition, the plaintiff, former professor Margaret DeWeese-Boyd, filed an amended complaint that raised federal claims,” said John Bursch, Alliance Defending Freedom legal counsel, representing the college before the U.S. Supreme Court. “Those claims allowed Gordon College to remove the case to federal court, and so, technically, the case will continue in a Massachusetts federal district court rather than in the state-court system.”

DeWeese-Boyd had filed a lawsuit against the college and several former members of its administration, including current Taylor University President Michael Lindsay, in 2016. In the case filings, DeWeese-Boyd alleged she had been denied promotion because of her criticism of Gordon’s policies regarding LGBTQ issues. She stated that she believes her actions supporting the LGBTQ community and the scrutiny she faced as a woman violate Massachusetts’ anti-discrimination laws.

The defendants (Gordon College) said that, given the nature of the institution, DeWeese-Boyd’s role should be free from government scrutiny, as would members of the clergy. The college’s legal team cited precedent for this in the U.S. Supreme Court case Our Lady of Guadalupe School v. Morrissey-Berru.

DeWeese-Boyd is represented by Americans United for Separation of Church and State and the defendants, Gordon College, are represented before the U.S. Supreme Court by Alliance Defending Freedom.

In a note included with the decision, Associate Justice Samuel Alito Jr. wrote that nothing would prohibit the U.S. Supreme Court from hearing the case, should Gordon lose in the Supreme Judicial Court of Massachusetts. The statement was also signed by Justices Amy Coney Barrett, Brett Kavanaugh and Clarence Thomas.

“Although the state court’s understanding of religious education is troubling, I concur in the denial of the petition for a writ of certiorari because the preliminary posture of the litigation would complicate our review,” Alito wrote. “But in an appropriate future case, this Court may be required to resolve this important question of religious liberty.”

“The U.S. Supreme Court receives approximately 10,000 requests for review each year,” Bursch wrote in a statement emailed to The Echo. “Over the past two years, Gordon College’s is the only case where four Justices wrote specially to say that, while the Court is not taking the dispute for now, they see obvious problems in the lower court’s ruling and are interested in hearing the case in the future. That is an extraordinary testament to the strength of the College’s case and the weaknesses in the Massachusetts Supreme Judicial Court’s constitutional analysis.”

Alito had made similar comments in the case Seattle Union Gospel Mission vs. Matthew S. Woods in 2021, stressing the importance of 1st Amendment protections for religious institutions.

Alito also dealt closely with the case Hosana-Tabor Evangelical Lutheran Church and School v. Equal Employment Opportunity Commission. Dys explained that in this case, Alito stressed that the principle of religious liberty requires the state to respect the choice of religious institutions in choosing ministers.

“That decision by the Supreme Judicial Court of Massachusetts leaves a conflict, at least in Massachusetts, on a doctrine of law called the ‘ministerial exception,’” Dys wrote. “... Their argument is that professors at a Christian university are tasked with, among other things, inculcating their faith to their students. The ministerial exception would allow Gordon to insist that all of its professors adhere to its faith tradition. The (Supreme Judicial Court of Massachusetts) disagreed, which means Gordon will not be able to fully hire/fire according to their religious beliefs and, in all likelihood, must permit professors to remain on staff who hold theological and related social positions inconsistent with its religious mission.”

From the Council for Christian Colleges and Universities, President Shirley V. Hoogstra said it is vital for Christian institutions to maintain this ability.

“Member and affiliate schools of the Council for Christian Colleges & Universities (CCCU) offer a variety of courses, approaches and disciplines that are unified by one common theme: the integration of faith and learning from a Christian perspective,” she said. “We wholeheartedly support a comprehensive definition of the First Amendment right to select staff based on this understanding. The Constitutionally required ‘ministerial exception’ protects the right to pass on our Christian faith to the next generation free from government interference.”

“At Gordon, there are no nonsacred disciplines,” Lindsay testified. “Every subject matter that we pursue is informed by, shaped by, the Christian tradition.”

In her legal brief, DeWeese-Boyd stated she had been hired by Gordon in 1999 on a tenure track to be an assistant professor of social work. In 2016, her application for promotion was denied by Michael Lindsay and Janel Curry, the college’s president and provost at the time, citing a lack of scholarly productivity among other reasons.

DeWeese-Boyd alleged this was in direct violation of her contract and filed a lawsuit against Gordon College, Lindsay and former provost Janel Curry. In January 2022, she expanded her lawsuit to include two former board of trustees members, Herman Smith and Myron Ullman III.

Similar to Taylor University’s Life Together Covenant, Gordon College’s Life and Conduct Statement says the institution does not allow any behaviors forbidden by Scripture, which includes homosexual practice.

The statement reads as follows: “The following behavioral expectations are binding on all members of the Gordon community. Those words and actions which are expressly forbidden in Scripture, including but not limited to blasphemy, profanity, dishonesty, theft, drunkenness, sexual relations outside marriage, and homosexual practice, will not be tolerated in the lives of Gordon community members, either on or off campus.”

As identified in DeWeese-Boyd’s lawsuit, she had opposed Gordon’s policies, namely organizing discussions for LGBTQ-identifying members of the campus, writing and circulating three different petitions against the college’s LGBTQ policies and wearing a rainbow pin at commencement. DeWeese-Boyd’s legal brief also stated that she was not the only employee taking these actions, but alleged that the women on faculty were dealt with more harshly than the men.

Chief Justice Scott Kafker wrote in Massachusetts’ high court ruling, “Her duties as an associate professor of social work differ significantly from cases where the ministerial exception has been applied, as she did not teach religion or religious texts, lead her students in prayer, take students to chapel services or other religious services, deliver sermons at chapel services, or select liturgy, all of which have been important, albeit not dispositive, factors in the Supreme Court’s functional analysis.”

Rachel Laser, president of the Deweese-Boyd’s legal counsel, agreed with this statement.

“The ministerial exception was meant to ensure that houses of worship could freely choose their clergy,” Rachel Laser told Courthouse News Service. “It was never intended to be a free pass for any religious employer to discriminate against its entire workforce and sidestep civil-rights laws.”

The case will continue to be heard in federal courts without the ministerial exception.

“The ministerial exception is an important defense for religious institutions. It is rooted in the principles of the First Amendment, but articulated best in a case Justice Alito authored called Hosana-Tabor Evangelical Lutheran Church and School v. Equal Employment Opportunity Commission,” Dys said.

Dys continued, saying, “In it, Justice Alito explains that the principle of religious liberty requires the state to respect the choice of personnel religious institutions make when it comes to selecting its ministers. Justice Alito explained for the Court's majority that "ministers" are those who "preach their beliefs, teach their faith, and carry out their missions." If that were not the case, then the state may insist, through the enforcement of employment laws, that those who do not share — or may outright oppose — the faith tradition of a particular institution remain employed.”

Representatives from Gordon College declined to comment about the lawsuit given the nature of the ongoing litigation. 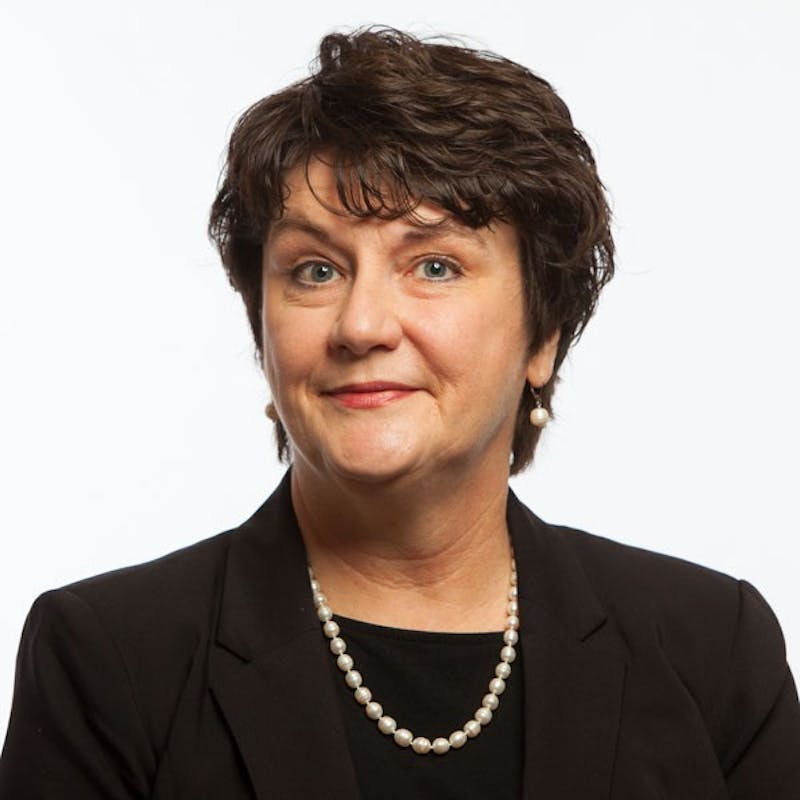 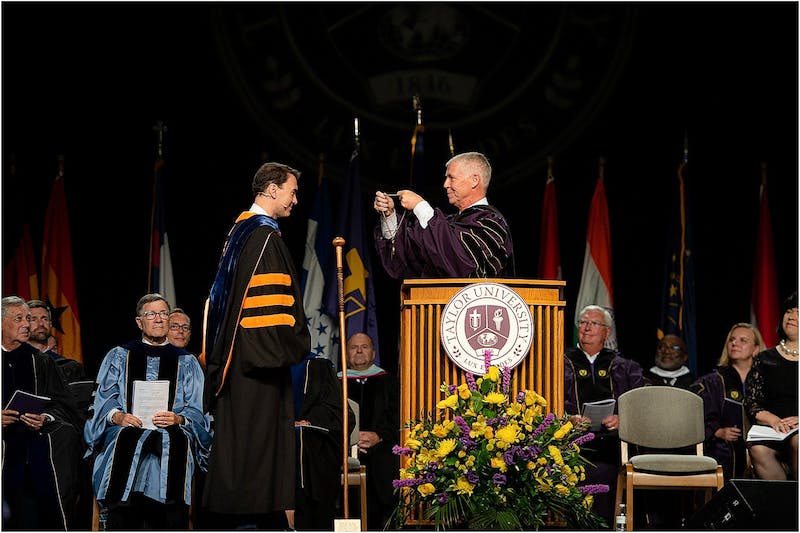