By Stephen Wiznewski
Jeff Aupperle is associate dean of calling and career.

On April 5 in the Cornwall Auditorium, Taylor University will be hosting Q Union for the fourth consecutive year.

In 2018, Taylor University began its partnership with Q Ideas, which was founded by Gabe and Rebekah Lyons in 2007 and is headquartered in Nashville, Tennessee.

The goal of Q Union is to equip leaders in the church to grapple with difficult social issues that are relevant to this time and place in history.

Typically, an event consists of two or three Christian speakers with differing perspectives that help to inform the audience on current issues through video lectures. Additionally, a few students present on the topic.

This event, however, will be different.

“Q Ideas made the decision to really decentralize Q Union and provide autonomy to the institutions to make decisions based on what is best needed for their campus,” said Jeff Aupperle, Director of Calling and Career. “This includes giving us access to all of their library of talks that we might use as part of our event.”

The upcoming topic of conversation will be, “How do we restore the credibility of the Christian faith and the local church in light of present cultural realities?”

The peer led event lasts about two hours. The hope is that through these conversations young people in the church will be encouraged to think deeply on issues and better form their own views on them.

These conversations are set up as a discussion rather than a debate, so students are able to see both sides fairly represented without feeling too much external pressure to conform to a certain perspective.

After a topic was selected, students applied to speak via online survey. They are given nine minutes to present on how they understand the issue.

After applications were sent in, students who had differing views or backgrounds were selected to garner conversations that create some tension to help the audience think critically about it.

The four students selected to speak for the upcoming event are junior Marissa Williams and seniors Angela Loh, Anna Moore and Caleb Rolling.

Over the past few years there has been a decline in church attendance.

Aupperle said there has been a gap in training and equipping over sensitive issues regarding young people in the church.

“There is a concern over the church losing its voice and credibility,” he said.

Q Union is geared towards college-aged students to help them grow and impact the next generation of Christians.

In addition to video lectures for discussion, Q Ideas helps with the training of college-aged individuals who will engage with their peers and the church to help revitalize the impact of the church on society.

“The conversation should be more than the two hours they meet,” Aupperle said.

For Aupperle, the event is as much educational as it is a call for others to continue the conversation on their own. 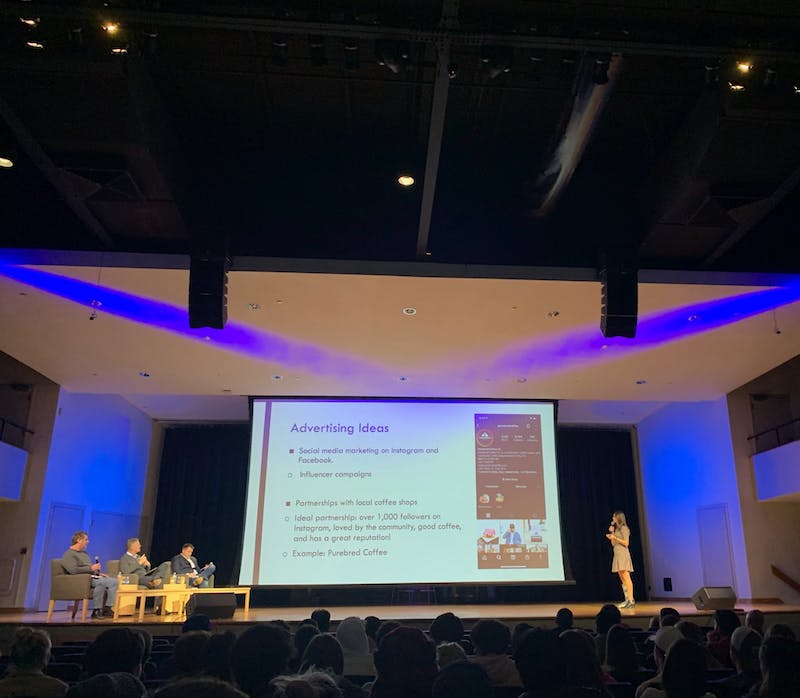