Event celebrates songs of the past

The Taylor community crammed into Rediger Chapel on Saturday, Feb. 26 to pay homage to old school.

Compact disc decorations hung from the ceiling. Records were carefully laid out on tables. Peppermint straws and a vintage popcorn machine were present as well.

Fueled by a ’50s retro diner theme, students rocked out to everything from Journey to Bon Jovi. A heavy dose of country and even a “VeggieTales” medley made their way into the mix. The latter included a cameo from President Michael Lindsay in one of the highlights of the night.

Original performances of songs like “At Last” and Elvis Presley’s “Love Me Tender” provided a softer side to a night largely dominated by punchy power chords and beating the poor drum kit on stage to a pulp. Not that anyone was complaining.

After The Swampers opened the evening with Lynyrd Skynyrd’s iconic “Sweet Home Alabama,” the crowd was up and out of their seats prior to intermission for “Livin’ on a Prayer,” courtesy of Brosis Mitosis. Senior Annelise Gonzalez, fresh off a fall semester in Nashville, supplied powerful vocals along with junior Wesley Jones, who was not to be deterred by a leg injury.

No stranger to high-energy performances, Jones helped close out MyGen back in October with a performance of The Killers’ 2003 single “Mr. Brightside.”

Jones wasn’t the only performer back in the spotlight after participating in MyGen earlier this school year. Seniors Joey DiNaso and Ryan Lopez showed off their fancy footwork with a little help from MC Hammer’s “U Can’t Touch This.” The duo served as the hosts of MyGen back in the fall.

Other top moments from the first half included a sparkling cover of the Eagles’ 1973 hit “Desperado,” along with the band Panda Express bringing a little swag — and a little saxophone — to George Michael’s “Careless Whisper.” Aside from the robust vocals, “Desperado” also featured a medley of instruments that included piano, violin and multiple guitars.

A brief intermission gave way to a solid second half of the evening, jump-started by Mixed Greens and their “VeggieTales” medley, which included the show’s opening theme and other favorites like “His Cheeseburger.”

Freshman Stephanie Aguilar then took everyone south of the border with “Como La Flor,” the 1992 single from Selena’s third studio album, “Entre a Mi Mundo.” It proved to be a breath of fresh air from a night largely dominated by American hits.

Of course, no night dedicated to nostalgia would be complete without a tip of the cap to the musical juggernauts across the pond. Sophomore Aidan Merck paid his respect and showed off his falsetto with Elton John’s “Rocket Man,” originally released back in 1972.

The second half also contained performances of Paul Anka’s “Put Your Head on My Shoulder,” Charlie Daniels Band’s “The Devil Went Down to Georgia,” and “At Last,” originally released in 1942 by Glenn Miller and His Orchestra.

The coveted closing spot this year went to the Zach Street Boys, and they did not disappoint with Journey’s 1983 “Faithfully.”

Thanks to junior Daaron Fleeger anchoring on the keys, senior guitarists Zach Hoekstra and Tyler Newitt were free to jam accordingly, along with the rest of the band. Like Gonzalez, Newitt spent his fall semester in Nashville performing at the Contemporary Music Center (CMC). “Faithfully” marked the end of an era for the Zach Street Boys, with the band’s founder, Hoekstra, set to graduate in May.

Still, with all of that ammunition in the form of guitars, piano, drums and the vocals of sophomore Trent Repass, the Zach Street Boys went out with a bang. And in the process, they capped off a night dedicated to community and classic hits. 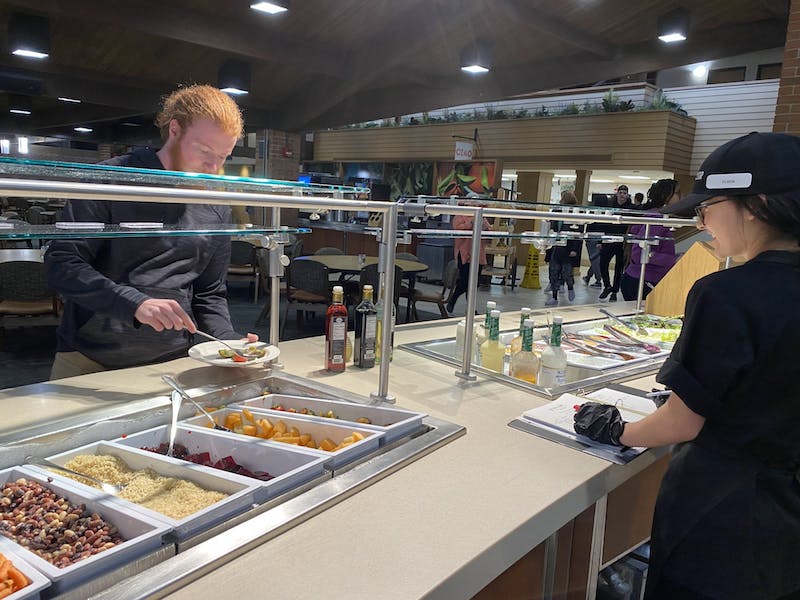 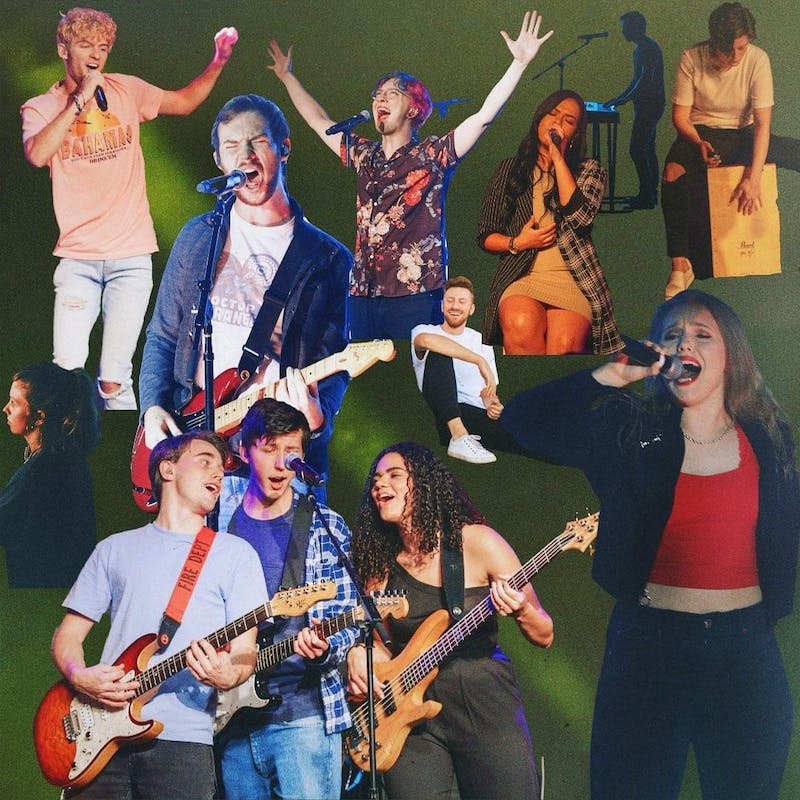 Students take the stage in Nashville with CMC 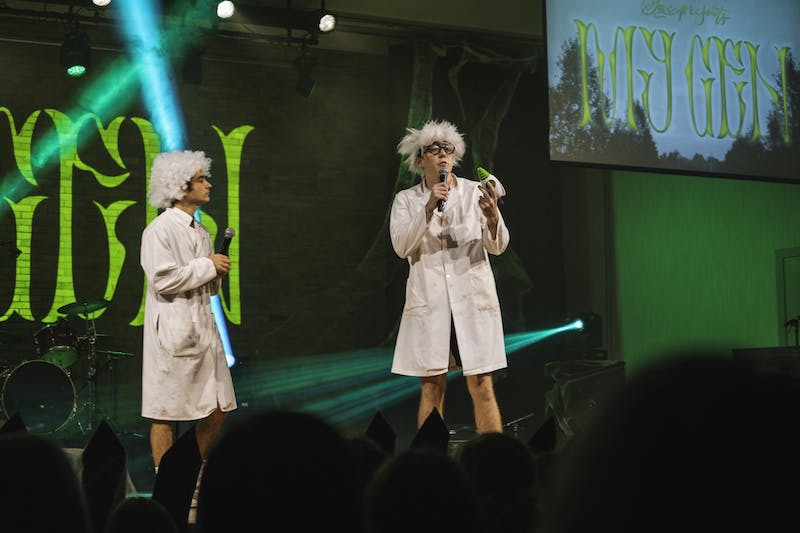