By Will Riddell
The One-Act Festival directors prepare for the event by holding auditions in Mitchell Theatre. (Photo provided by Hannah Embree)

Though it's one of the busiest seasons for a senior theatre major who also has the one-act festival quickly approaching, Seltzer always keeps her composure.

Seltzer is one of seven students, the majority of them theatre arts majors, who will be directing productions as part of the festival. For Seltzer and the other directors, this is the culmination of everything they have learned as undergraduates at Taylor.

Like Seltzer, senior Hannah Embree has also been tasked with serving as a director.

“It’s a really great space to just try directing and to practice directing without the high stakes of working in the professional industry as a director,” Embree said. “It’s really just a learning environment, because we’re all doing this for the first time and we’re all young directors.”

All of the productions have concluded their auditions and callbacks, and now each one is moving into the rehearsal stage. Aside from directly working with the cast, directors like Seltzer and Embree are forced to deal with all aspects of production.

They are also required to analyze their respective plays multiple times in order to develop a greater appreciation and understanding of the material. For Seltzer, that was one of the most enjoyable parts of the process.

“The most rewarding part has been being on a deeper level with the text,” Seltzer said. “You have to be (on that deeper level). You’re kind of forced to look at the play from its purest sense of what it’s really trying to get down (to). It really forces you to take it on a level other than face value, and I think that’s what I really appreciate about my play.”

Like the other students, Embree is not as familiar with taking on the role of director. However, her background as an actress, along with her other theatre classes at Taylor, have helped make the transition more fluid.

“In order to understand how to work with actors, it’s nice to have been on the other side of it,” Embree said. “(It’s nice) to understand what it’s like to read a script for the first time and learn about a character and not know what they’re going to look like.”

The senior theatre one-act festival is not just about providing students with directing opportunities. It also provides the Taylor community with a chance to experience messages and stories they might be unfamiliar with.

“I picked my play because I thought it had an important story to tell, and I know just speaking for the other directors, they all picked their plays because they felt that they had important things to say and important things that the community could hear and interact with,” Seltzer said. “(We are trying to) expand their view of the world and those around them.”

For students unfamiliar with live theatre, Embree says that the festival should serve as a nice introduction. Seltzer says that the entire department has been working feverishly to make this year’s festival a treat.

To Embree, nothing compares to watching actors and actresses bring a story to life on stage.

“There’s also something really beautiful about live theatre that’s unlike any other art form,” Embree said. “When you step into a theatre and you’re watching real people on stage, breathing the same air that you’re breathing in the same room as you, that’s a different experience than watching Netflix alone in your room.”

The senior theatre one-act festival will take place on Saturday, Dec. 11 from 5:30 p.m. to 11:30 p.m.. There will be 30-minute intermissions along with 15-minute breaks between shows. Admission is free. 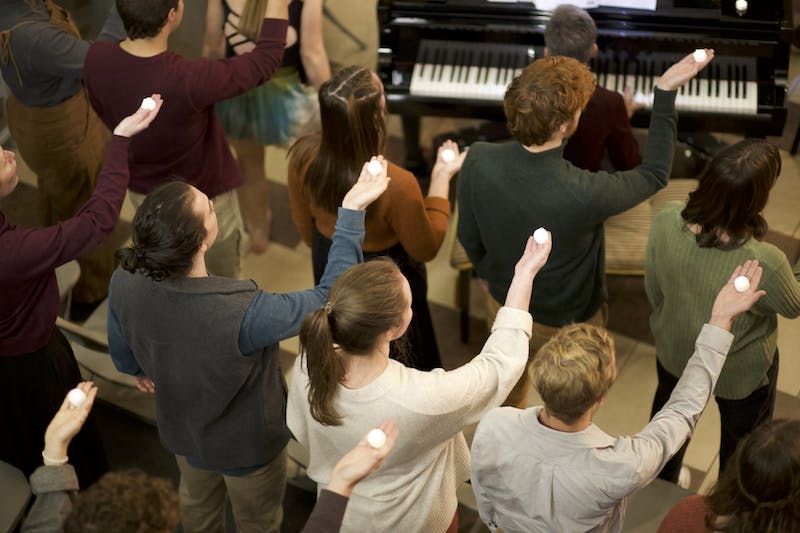