The location will be equipped for dining in and taking out.

Dairy Queen (DQ) has begun building a new location for a Grill and Chill Restaurant in Gas City.

The fast food establishment will be located at 6091 E 500 S, west of the Starbucks.

After a $1.9 million dollar investment finalized in February, construction on the site began. The original timeline projected an opening in June or July. That date has been moved back by about six months.

“The DQ location will be equipped for both dine-in and to-go orders, giving our guests multiple ways to enjoy their treats whether they be sweet or savory,” O’Neil said in an interview with Franchising.com. “We are also excited that the restaurant will help support our local economy by adding additional jobs to the area.”

As a Grill and Chill location, the restaurant will offer hot food, treats, table delivery and self-serve soft drinks. The store will be larger than the typical, older stand style. DQ soft serve cones, sundaes and Blizzards will be offered in addition to Grillburgers, Chicken Strip Baskets and hot sandwiches.

It has been nearly 30 years since a DQ was located in Gas City.

Junior Elizabeth Eckert, is very excited for the new addition to Gas City.

“Dairy Queen is consistent,” she said. “When you go to a DQ, you know what you’re going to get. It should be interesting to see the way that it will compete with Ivanhoe’s and Sophie’s.”

The Gas City business is expected to employ 25 full-time workers with possible expansion to 40 employees for the summertime rush.

“It just brings in more tax dollars, more Tax Increment Financing (TIF) dollars,” said Rock. “Just excited to get that piece of property that sat empty for the past 15 years to finally get on the tax roll, become a utility customer, an electric customer and to have employees there that could possibly move into the city.”

When Gas City was established in 1867, it became a “boom town” for the natural gas found in the local area. However, most of the gas has been depleted since 2012.

Yet, the new location has the local community inspired again.

“People are starting to contact us and ask about land that we have available,” Rock said. “So, it looks like we’re going to explode here probably in about the next six months to a year.” 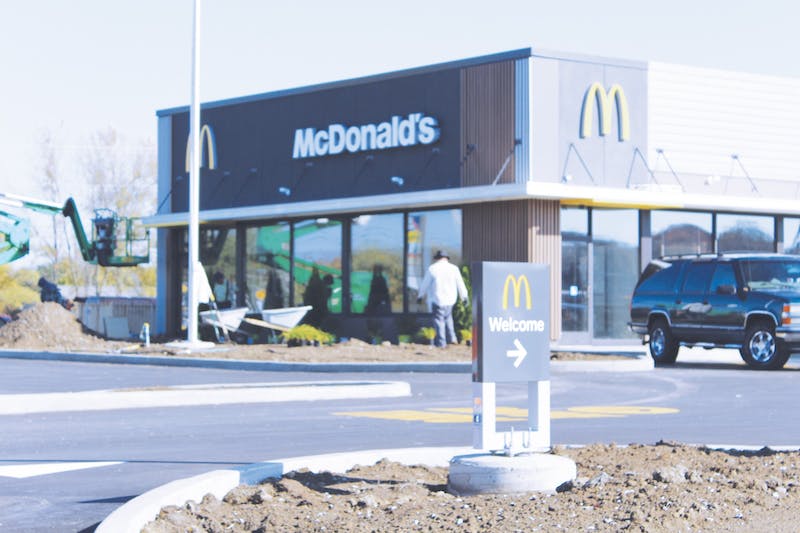 Local McDonalds gets an extreme makeover