The life of a Taylor athlete

How students balance sports and school

Sports, school and social life. Dealing with two of them is hard enough, but as Taylor student-athletes have discovered, they’re expected to juggle all three.

While some may view the scholarship money in their accounts and notoriety on campus and in the media as an advantage to that of the typical Taylor student, it also comes with its drawbacks.

Many student-athletes have morning workouts, classes during the day and practice in the afternoon and evening.

No matter what the individual schedule is, all college athletes will be expected to do strength and conditioning workouts in addition to team practices.

Additionally, gamedays usually entail missing numerous classes with some athletes opting to complete homework on the bus to ensure that they stay on top of their academics.

“Staying ahead of your academics really makes a lot of things easier,” senior soccer player Owen Hardy said. “Especially since that means that during sports you don’t have any external thoughts lingering in your head.”

His words were echoed by Golf Head Coach Cam Andry.

Andry, who coaches both the men’s and women’s teams, recognizes the challenges his athletes face and tries to be flexible in letting them manage the different aspects of life as a college student and golfer.

“I attempt to help them see that learning to balance these different aspects of their lives as student-athletes is in large part what makes being a student-athlete such a worthwhile and formative experience,” Andry said. “Is it difficult? Absolutely. Will they learn and grow through it? Without a doubt.”

Another aspect that some athletes are forced to sacrifice is their connection with their wingmates. Free time that is usually spent playing Spikeball on the lawn has to be foregone for their practice, and invitations for late-night drives to fast food restaurants have to be turned down due to the high amount of sleep that is necessary for athletes.

However, senior cross country runner Abbey Brennan was quick to dispel the notion that athletes prefer to spend time with their teams or in workouts.

“I think that sometimes people think that we aren’t interested in doing things with the wing and with friends just because of how busy we are all the time,” Brennan said. “But we also really like to be a part of things.”

Exercising daily takes a physical toll on the body, but it is the intensely competitive nature of sport and uncontrollable circumstances that can take a mental toll on an athlete.

Brennan gave an important reminder about mental health, and how imperative addressing mental health issues are.

She talked about how a loss of a family member a year ago led to her feeling very sad and low, had impacts on her performance and was something that she had to balance with her athletic responsibilities.

“While I wasn’t necessarily diagnosed with anxiety or depression, I did have those feelings,” Brennan said. “I think that even though not everyone is diagnosed with something, I think everyone has hard stuff that they go through and which should be addressed.”

The athletic department has taken steps to take care of the mental health of athletes, including having Kathy Chamberlain from the university counseling center come in to address the teams and sharing with them the resources available at the campus counseling center.

Athletes have to juggle all of these things, on top of their training and preparation.

“You know, there are times when athletes are not able to do things, hang out with people, whatever,” Hardy said.  “And a lot of times people misinterpret these things as the athlete not wanting to hang out with them, while the athlete probably has a game tomorrow, or has to catch up on homework, or sleep early.” 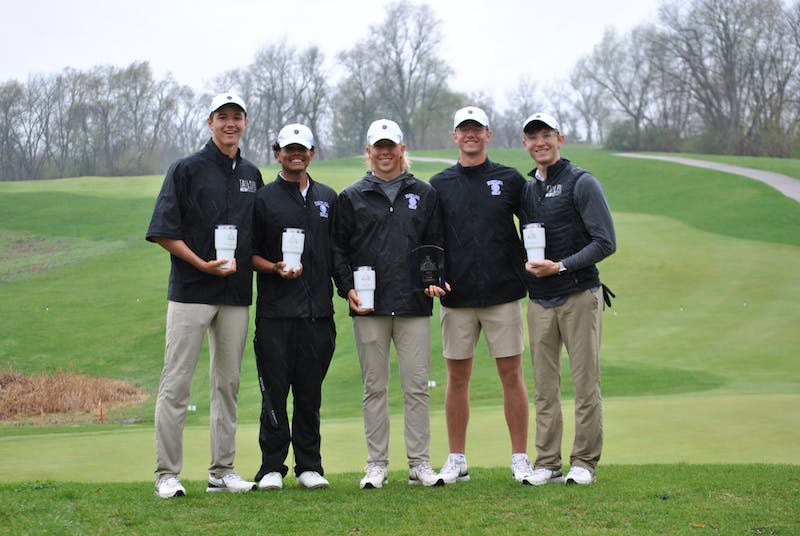