Since its start, the Taylor University Film and Media Production department has garnered over 450 recognitions and film festival acceptances.

These awards include 12 Crystal Pillar nominations from a regional Emmy organization in  the last two years.

While COVID-19 has limited almost every facet of life in the last two years, these restrictions haven’t stopped Taylor filmmakers, directors and producers from doing what they love.

The film department has received 44 awards and film festival acceptances since June, with some of the top projects receiving recognition in multiple different categories.

“Wild Winds: Spirit of the Bison” was the winning entry in the non-fiction and short form category. The 10-minute documentary tells the story of a dedicated preservationist’s call to educate people on the history of bison in North America, and their importance for the future.

This short film was directed by senior Sawyer Pasma, produced by junior Evan Wardell and Kim Ferrell and edited by senior Jack Kersey.

“The student team thought it was unique and unexpected to find a thriving buffalo ranch in Indiana and decided to explore how that came to be,” Kathy Bruner, associate professor of film and media production, said.

Not only is a thriving buffalo ranch a rarity in the Midwest, but the man behind it all is unique as well.

John Trippy, owner of Wild Winds Buffalo Preserve, set out to pursue his dream of preserving bison, and in turn, North American history. The preserve is now home to over 250 of these massive animals, with over 400 acres to roam freely.

“Wild Winds: Spirit of the Bison” won an award for television videography from the Indiana Society of Professional Journalists and gained entry into multiple film festivals including the upcoming Wildlife Conservation Film Festival in New York City. It was also one of the eight Taylor winners of the Crystal Pillar Student Production Award from the regional Emmy organization.

“Students worked in teams for the whole semester … it’s a remarkable work effort, but that’s what filmmaking requires,” Bruner said.

This documentary features two outstanding high school wrestlers from Indianapolis, and their journey in overcoming the obstacles of the past few years. This film tied for the win in the sports story category.

Nora is a 5-minute short, directed by Jake Vriezelaar (‘20) who won top honors in the craft category, as well as sharing the craft category win for photography. “Nora” was produced while Vriezelaar was home in quarantine, which was truly fitting for a film about the effects of COVID-19 on seniors who were set to graduate at the end of May 2020.

“In some ways, those lasts are rites of passage, and missing out on them while also missing each other was devastating,” John Bruner, the associate professor of film and media production, commented on Nora. “Jake managed, with his beautifully crafted approach and a wonderful performance from his lead actress, to express the sorrow that so many were feeling.”

“It’s so encouraging to hear someone connecting to a story that means so much to me,” Vriezelaar said.

He expressed great pride in his film, showing an immense amount of investment in the project.

John Bruner said that Vriezelaar was able to take a very universal experience and explore the pain and growth that were produced by such a tumultuous time. “Nora reflects those feelings, but also serves as a reminder that those feelings are okay. Necessary. Important. Even universal. It’s beautiful storytelling.”

“(The) faculty in the program all have students producing award-winning work,” Bruner said. “As a team, we set high standards for both storytelling and technical skill, and our program has a culture of creative collaboration that leads to strong work.” 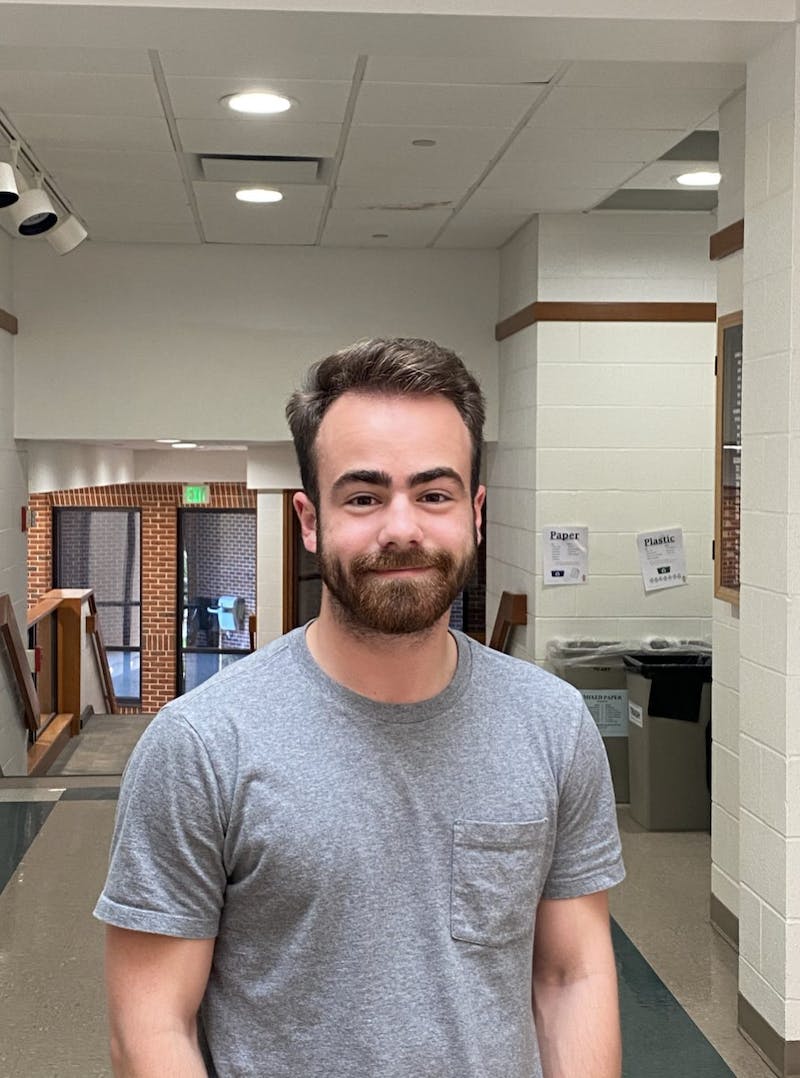