Interim Provost Tom Jones has been an integral part of Taylor University for 48 years.

Jones began his journey at Taylor as a student in 1967 and he now sits at the right hand of President Michael Lindsay.

“The Taylor family is blessed to have such a capable and experienced campus leader in Dr. Tom Jones, and I am deeply grateful for his willingness to step into this strategic role as our Interim Provost,” Lindsay said. “It’s been a joy to work with him in recent weeks, and I know all of us at Taylor are grateful for his wise, godly, gifted servant-leadership.”

He anticipates the national search for his successor will conclude by Homecoming Weekend, or early October. However, Jones’ term as interim provost extends through December to allow for a full transition to occur.

Michael Hammond had been Taylor’s Provost for three years before accepting the presidency role at Gordon College in Wenham, Mass. in April of 2021.

Jones stepped in the provost position as someone who knows Taylor culture and faculty well, he said. He also fit Lindsay’s request of an individual who had previously been a dean.

“My role in the meantime is to be a bridge, helping Lindsay transition to Taylor and helping Taylor faculty connect with Lindsay,” Jones said. “The most important part of my job is to make sure President Lindsay knows who we are, and as he’s making his plans, takes into account the Taylor culture as part of the implementation of those plans.”

From serving as a dean to interim provost, Jones continues to oversee faculty, but at a holistic capacity rather than only art, humanities, business and higher education as had been the case prior.

Now, Jones works with two of Taylor’s deans. These include Grace Miller, dean of the school of natural and applied sciences and Nancy Dayton, interim dean of arts, humanities, business and higher education.

“The provost and president engage in ongoing conversations regarding curriculum and academic issues, and both are responsible for ensuring that members of the university trustees are informed regarding implementation of the academic vision,” Jones said.

Following his interim term, Jones plans to retire from Taylor, but will remain a senior adviser during the new provost’s transition period in January.

Senior Matt Bolander offered his opinion on the hiring of Jones as interim provost.

“Nobody dedicates half a century to a location, a school, people,” Bolander said. “They are really passionate about what they’re doing. I think it’s an excellent choice for the university, somebody who has a lot of experience under his belt with constant change in presidency over the last four years.”

Bolander said he is optimistic that Jones, and whoever succeeds him, will retain and defend Taylor’s foundational biblical doctrine in an often-wavering world. He said that the decision to have such a well-tenured man as Jones working alongside Lindsay is setting up a very sustainable future for Taylor.

Jones referred to Lindsay as a deep listener who seeks to really know the ‘why’ and ‘how.’ He said he could immediately identify Lindsay’s effort for transparency when updating the Taylor community several times over the search for a permanent provost.

“I think that everyone — faculty, staff and students — will find that Michael Lindsay is very forthcoming in communication, and wants the community to know more, not less about the ‘why’ of decisions,” Jones said.

His time as provost may be short, but Jones continues to lift up a community he knows so well.

“While we are certainly not perfect, Taylor is one of those places where the Spirit of Christ prevails over all obstacles that otherwise would divide us,” Jones said. 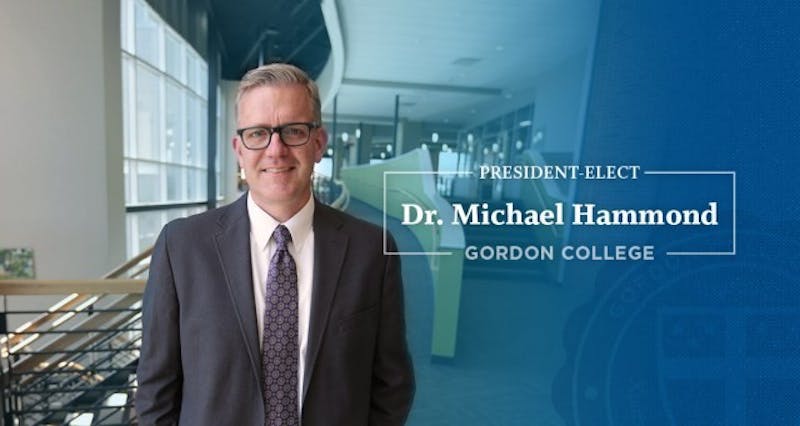