Students are bringing energy to the stands of Taylor University football with the TU Trojan Horse.

The revival of the student fan section started when sophomores and roommates Parker Neuman and Nathaniel Boer attended a football game showing their support for their third roommate by painting his number on their chests.

That simple expression of support was all it took to make the two realize that Taylor football fans had the potential to be full of energy. Their vision evolved into what is now an organized student section.

At that time, the next game was two weeks away. Neuman and Boer got to work brainstorming action items to make this hopefully the greatest student section Taylor has seen, creating the name “TU Trojan Horse” to represent the effort on social media.

Neuman and Boer are not the only ones optimistic about their efforts. Leading up to the big game, the football team caught on to the potential of this and shared Instagram posts to spread the word.

“It’s always nice to see students want to be a part of something,” Bartu said. “For other people to enjoy what we do (is) really fun.”

The game, on March 20, was not an ordinary night. As Taylor football prepared to face Concordia, a top-ranked team, students were getting ready to bring the hype. Over 200 students filled the bleachers to make an energetic atmosphere. Neuman and Boer led the crowd in interactive cheering from chants to the wave.

“It was easy to get the crowd involved when they played well,” Boer said.

Neuman and Boer’s passion for TU Trojans goes beyond the sport. Many of the athletes on the field are their friends from First Bergwall, and they are the reason for the heart behind it all. The guys enjoy supporting the players and contributing to the classic college sports experience.

Boer is optimistic about the future of Tayor’s student section.

“We literally would not exist without the football players,” Boer said. “There’s no student section without them.”

Although their football season recently came to an abrupt end with the cancelation of the April 17 game against Wittenberg, it was not a determining factor for the TU Trojans.

“When we go out, we’re playing for each other and coaches, but we’re also playing for the university,” Potter said. 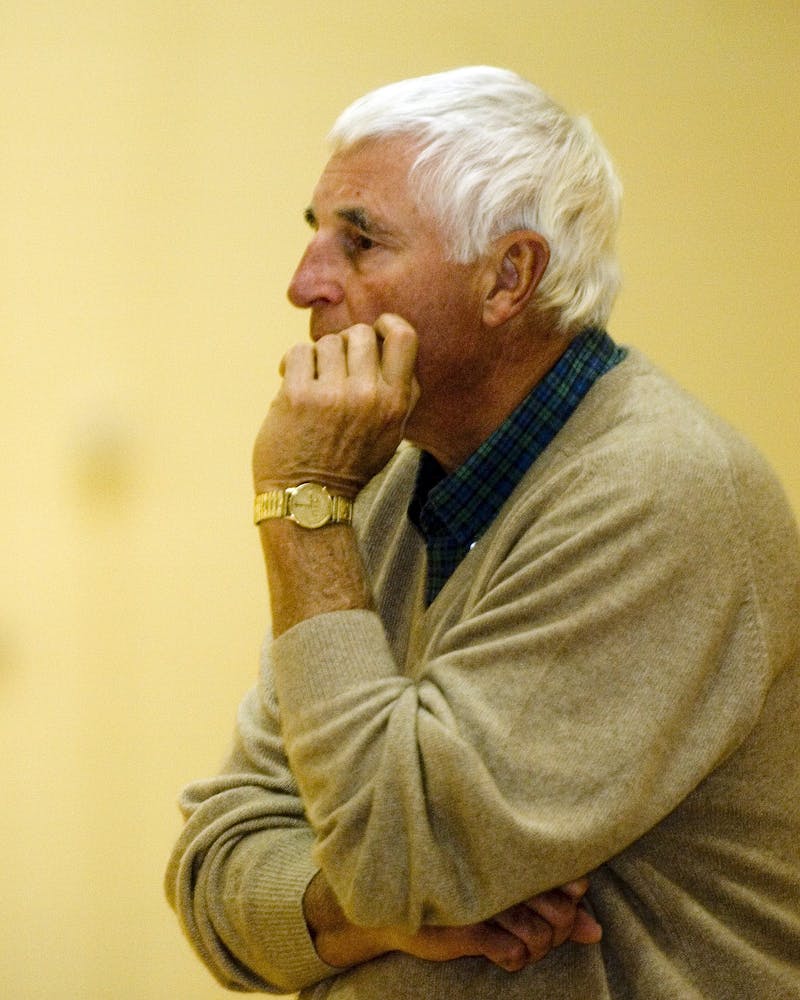 An unexpected reunion and legendary event