An unexpected reunion and legendary event

Knight is known for his old school style of coaching

Basketball in Indiana is more than a sport. Twelve of the 13 largest high school gymnasiums in the United States reside within the state. From Fort Wayne down to Evansville, basketball is king here. With the feverish passion for basketball comes a feverish fandom. As James Naismith, who invented basketball in Massachusetts in 1891, once said, “Basketball really had its origin in Indiana, which remains the center of the sport.”

With that passion, rivalries have emerged. High school basketball rivalries unlike any other sport have popped up. College rivalries from Indiana University and Purdue University down to Taylor and Indiana Wesleyan seem to have a special importance for the game.

However, there is another rivalry that has come out of Indiana basketball, although it isn’t between two teams. In fact, it’s between a man and a university and that rivalry may have just died.

It had been 20 years since Robert Montgomery Knight had set foot onto the hallowed court of Assembly Hall in Bloomington. That is, until halftime of the Indiana-Purdue game on Feb. 8, when the former coach of Indiana University’s men’s basketball team found himself in the middle of a celebration honoring Indiana’s 1980 team.

Knight, 79, had his tenure at Indiana severed in 2000, when he was fired by the school for a number of questionable behavioral actions. The firing sent shockwaves through the sports world, as Knight had grown to legendary status during his time in Indiana. The termination led to a rift between Knight and the university which burnt bridges that many thought would stay burnt.

“Definitely a tale of two coaches;” Columbus Dispatch sports columnist Rob Oller said. “One who will be remembered as a big winner and excellent strategist who demanded his players graduate; the other — who happens to be the same guy — who could not control his temper and pretty much made a fool of himself off the court with offensive comments and actions.”

Knight was stubborn and refused to let go of his grudge against the university. When asked in an appearance on “The Dan Patrick Show” in 2017 about Indiana, Knight answered,

“As far as the hierarchy at Indiana University at that time, I have absolutely no respect whatsoever for those people. And with that in mind, I have no interest in ever going back to that university.”

Patrick followed up his question by reminding Knight that most of the people there at the time of his firing are gone, to which Knight answered, “I hope they’re all dead.”

Knight would still pop up at events around the state. However, all these events did was tease his fans. Even the biggest Knight supporters seemed to have eventually given up hope at his return.

Then, rumors began swirling about a potential return. Knight moved back into a house near the campus, and began making even more appearances within the state. He talked to basketball players at Indiana State and made a surprise appearance at a Bloomington bar. It was obvious that Knight relished making appearances in front of his fans, which begged the question on why he wouldn’t return to Assembly Hall and find the biggest fanfare of anywhere.

Then, out of nowhere, Knight was back.

Knight became emotional, his former players around him — who begged and pleaded for him to return — became emotional and many in the stands were brought to tears. Isiah Thomas, one of those players, stood out to women’s basketball Head Coach Jody Martinez.

“What was special to me was I had heard so many things about the negative relationship between Isiah Thomas and Coach Knight,” Martinez said. “The embracement between those two proved some of the critics wrong.”

Even for myself, who never saw Knight coach and generally disliked Knight for some of the testaments of physical and vocal abuse against the coach, saw something different in this moment.

I saw a reconciliation.

The downsides and darker moments of Knight’s past remained, obviously, but Knight started to heal one of those. His willingness to start to rebuild relationships within the school is admirable. For the first time in 20 years, Bobby Knight felt like “The General” again. 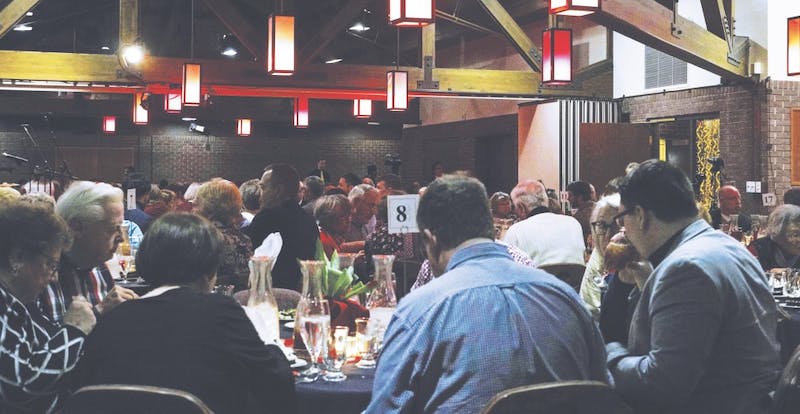 Taylor brings the courtroom to campus