It took very little time for Taylor men’s baseball team to complete another 4-0 series sweep, this time against Grace College.

“We played really well against Grace. We had our best offensive series of the year. We scored 50 runs in the four games,” said Head Coach Kyle Gould.

Throughout the series, there was dominant play by senior Joe Moran, sophomore TJ Bass, senior Tucker Waddups, sophomore Connor Crawford and so many more.

The Trojans took this series as a bounce back opportunity, as they came off of a series loss to Huntington University.

Leading up to the Huntington series, the team was on a 17-game win streak. The three losses did not seem to bother Gould, as he  still has high hopes of what the team can accomplish.

“Hopefully those (losses) refocused us to do the simple things well, and good things will happen,” Gould said.

The biggest win in the Grace College series was game three, with a score of 22-8. The Trojans were down 8-3 going into the sixth inning. Taylor found their momentum within the inning, scoring nine runs and taking the lead, and eventually scoring even more.

“It was good to have a big come from behind win like that,” said Gould. It was a huge morale booster for the team, as the batting performance was at its peak. “This has been the first big series where the offense has dominated like it did.”

When it came to the hitting, Junior Nick Rusche set the tone for the Trojans’ offense within the series. He finished the third game of the series with three runs scored, a grand slam and six runs batted in, in the 22-8 win. Rusche seemed pleased with the performance of the team.

“We played really well…guys came out and threw a lot of strikes. We were able to put the bat on the ball in the right situations and got some big extra base hits when we needed it,” he said.

The team improved their home record to 16-0 on the season with the sweep.

Rusche is having a career year so far. He has already set career-highs in runs, triples, home runs and RBIs, despite still having much of the season left.

“I’m really grateful to be playing a full season,” he said. “We have a lot of talent … people have been playing up to their expectations. It’s been a lot of fun just to be able to contribute. We are enjoying playing with each other, and winning games.”

Senior Tucker Waddups played a key role in the pitching in the Grace series. He was a relief pitcher, but his contribution to throwing the ball really gave the edge to Taylor.

“I thought we pitched it pretty well,” he said. “Top to bottom I thought our starters gave us some good starts.” He was also in high praise of the hitting, in that the team hit the ball well.

In addition to Waddups’ pitching skills, he’s accomplished in the classroom as well

Last year, he earned Academic All-Crossroads League and NAIA Scholar-Athlete recognition. Being in the classroom is just as important, if not more important than being on the field for Waddups.

“Even though it is easy to not take academics seriously, I take it very important. It’s just something that I take extra time in doing. They really matter,” He said.

In 10 games, Waddups has one start, with 12 innings pitched, with 10 strikeouts, and strong numbers in hits allowed, runs allowed, and earned runs. He was vital in the 4-2 win — Saturday’s second game,where he earned the win with three strong innings of one-hit ball.

The Trojans battled against conference rival Indiana Wesleyan over the weekend. The two teams have been jostling for position at the top of the conference for much of the season. 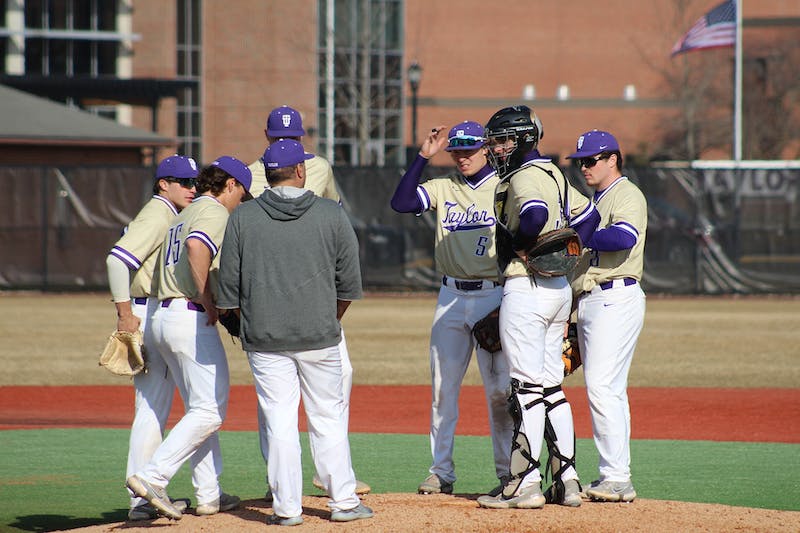 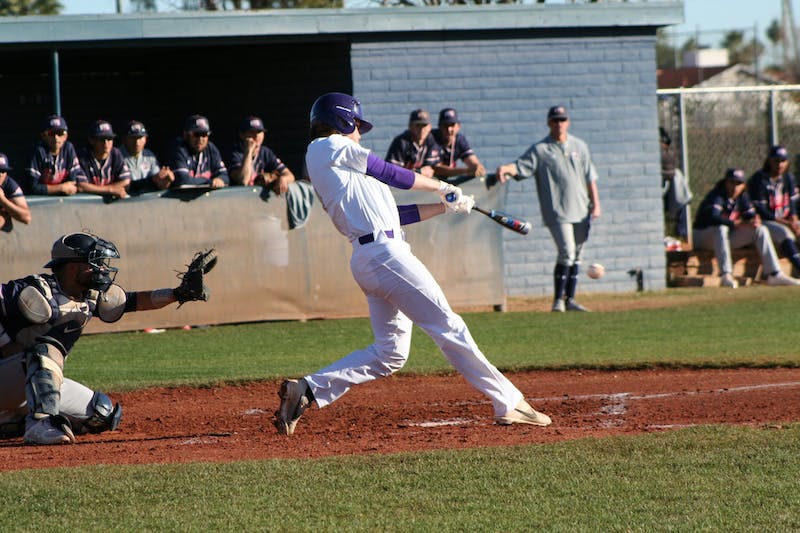