The Trojan baseball team had a three-game series at Lindsey Wilson College last weekend and came out with two wins and a loss. This series followed a 10-day break since the team’s last game, a home win against Olivet Nazarene.

The first game of the series was played on Friday, and the Trojans had some rust to shake off. Taylor fell by a score of 8-2 and didn’t get a run on the scoreboard until the fourth inning when freshman Matthew Dutkowski hit a homer over center field.

This ended up being the only home run in an off night for the Trojans, who ended the game with just nine hits in 37 at bats. Three of those hits were courtesy of sophomore Nick Rusche, who had six total hits over the weekend.

“We can’t use rust as an excuse; they probably had a break before that game too,” Rusche said about the first game of the series. “It’s about coming out and playing hard every game.”

Taylor got back to winning ways in the second contest, beating the Blue Raiders by a score of 13-5. Junior Noah Huseman pitched for seven innings, striking out eight batters.

On the offensive side of things, the Trojan bats really picked up this game, connecting on 11 of their 30 at bats. Sophomore Ben Kalbaugh and senior Brett Lawson both had a home run in the second inning, and sophomore T.J. Bass ended the game with three RBI’s.

The weekend ended on another sweet note, with Taylor winning the second game of their Saturday double-header. The final score was 10-6, the closest of the three games.

The Trojans didn’t lead for a majority of the game but took a 6-4 lead in the top of the seventh. Five pitchers took the mound for Taylor, with junior Kole Barkhaus recording 5 K’s, the game high.

Head Coach Kyle Gould was pleased with his team’s performance, saying that “I would have liked to win all three, but I liked seeing how we bounced back on Saturday.”

He recognized the importance of these non-conference matchups, as they give the team a chance to refine their skills and gather momentum and rhythm.

Rusche also weighed in on the importance of non-conference play.

“They expose what we need to work on to be really good. When we get to conference games, we want to be playing our best baseball.”

This series was the first away competition that the baseball team has had since returning from their J-term trip to Arizona.

A trip that the players learned a lot from.

“That two-week trip really helped with team bonding,” Bass said. “The weather here isn’t great, but we play in it together as a team.”

The Trojans showed that sense of team unity well over the weekend after falling behind early in all three games and managing two come-from-behind victories.

“We weren’t rattled," Bass said about his team’s resilience. “You can’t get down on yourself early. Leadership is about being composed.”

With 12 games now under their belt, the Trojans have certainly had ample opportunity to improve and show their talents. If they can manage to keep playing the way they are, then the 2020 season may be one to remember.

The Trojans open Crossroads League play at Goshen on March 6, so get ready to cheer on the Taylor baseball team as they prepare to take the season to the next level. 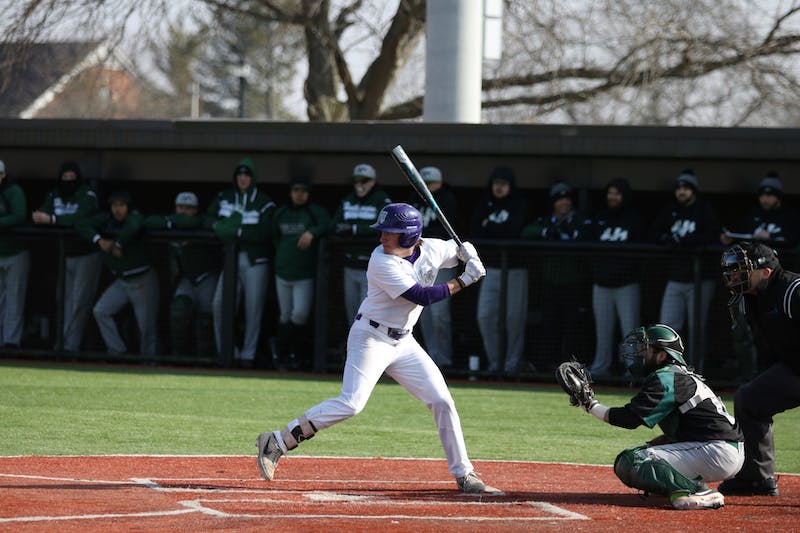