Michaela Stenerson shares her path to a sustainable life

From reusing a Dashi bowl to skipping the straw at a restaurant, senior Michaela Stenerson strives to advocate for the planet and shares how her fellow Taylor students can join her in the call for stewardship.

Originally studying public health and environmental science when she entered college, Stenerson was looking for the perfect opportunity to care for others as well as the environment.

It wasn’t until her sophomore year on a trip to Malawi that Stenerson really caught a glimpse of the clear connection between the two subjects. She learned that by caring for the environment, one was truly caring for others as well.

Not only this, but Young Evangelicals for Climate Action, otherwise known as YECA, has also been a huge eye-opener for Stenerson.

YECA, an organization founded by Christian students and professors, strives to share the impact of the climate crisis on our world and how Christian disciples should be just as motivated to take climate action seriously.

These two influences were what drove Stenerson to consider the sustainable development major.

“A lot of social issues are impacted by the environment, and therefore, can be solved by looking at environmental issues, which is really cool,” Stenerson said.

By majoring in sustainable development, Stenerson was able to combine her two passions for public health and environmental science seamlessly.

Two things that were seemingly two separate entities to Stenerson ended up becoming like siblings — one could not occur without the other.

The problem was how to bring these things to Taylor’s campus and how to mobilize students to stand up for the world around them.

The solution to that problem was found in a club that had been on Taylor’s campus for over 10 years.

“Stewards of Creation is a club that is dedicated to looking at people’s roles as stewards of creation at Taylor,” Stenerson shared.

Stenerson acts as the president of the Stewards of Creation club at Taylor this year and leads even as she goes through this semester of school at home.

While the challenge is greater with the distance between herself and campus, Stenerson continues to lead with poise and skill, giving an example to others of how to take attainable climate action.

“The goal is just to connect people back with creation, and with the command that we have from God in Genesis of caring for creation, living with it and stewarding it, rather than having dominion over it, because I think that is something that Western Christianity has missed the mark on,” Stenerson shared.

Stewards of Creation meets every other week, offering important dialogue and community in the discussion of Christian involvement with climate action.

One way Stenerson is staying active on Taylor’s campus is through a newsletter she has begun writing with Taylor alumna Annie Stimmel (‘20).

This environmental newsletter, the GreenLetter, shares important campus updates, global updates and a stewardship challenge at the end of each edition.

These can be found in the student announcements every few weeks or so as a paperless and easy way to participate in climate action. It’s a way for people to see how climate care affects them personally.

“The thing about sustainability and stewardship is that it is important in all areas of life, even on a spiritual level,” Stenerson said.

Stenerson bases her commitment and interest in caring for the world on her love of the Lord, sharing how our connection with God can be strengthened through how we care for what he has given us.

In her own life, Stenerson strives daily to be a better steward.

She doesn’t simply want to reduce, reuse and recycle, but change the way the industry so heavily relies on plastics and other high-waste materials. Stenerson shares that complete reduction is better than recycling.

She says this can even be a way of showing creativity.

This is all easier said than done, however, and Stenerson even acknowledges this.

The first step in beginning to lead a life of sustainability is simply entering the conversation of stewardship.

“I would just encourage people to go on that journey of learning how to care for the world. It really is a way to connect with God and to live out our calling of loving our neighbor. Just take that one step and begin learning,” Stenerson shared. 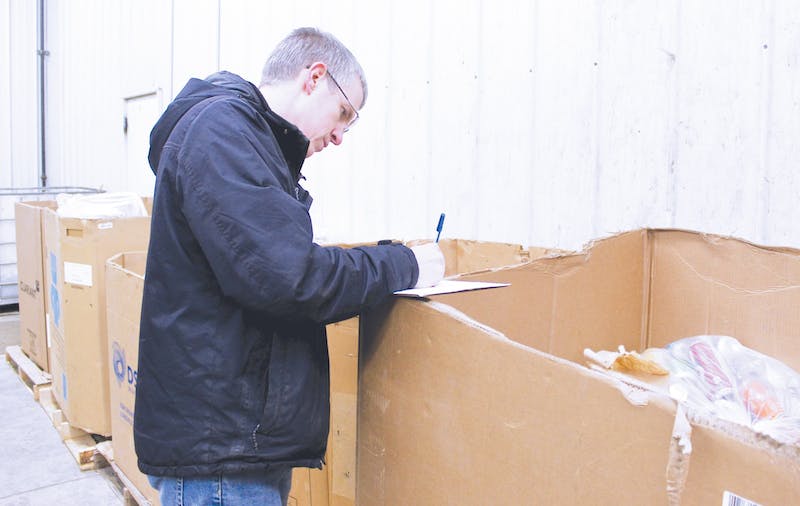