Through her state officer position of a community service club, freshman Allison Haines’ confidence and abilities were stretched in ways she didn’t think possible.

Haines, from Valparaiso, Indiana, became a state officer for the Key Club during her senior year of high school. The Key Club is an international community service organization that high school students can join.

Haines defined the club as being similar to student council, but rather than focusing on school, they focus on the community. She explained how being a member and leader of the club left huge impacts on her life.

“My view of community service and how a high schooler can serve is so much wider,” Haines said.

Starting as a high school freshman pressured into joining Key Club, the thought of going far in the club never crossed Haines’ mind. When the opportunity to become secretary during her sophomore year arose, she took it. Junior year, Haines became her high school Key Club’s president.

During her senior year, Haines’ adviser encouraged her to run for state office. As a state officer, she would be in charge of organizing the Key Club State Convention and overseeing the various Key Clubs throughout the state of Indiana.

When Haines found out she won the position of state officer, she was excited but was also very nervous and did not feel ready for the task ahead.

“I didn’t think I was ready for it, but it was really good to be more behind the scenes when it comes to leadership, and that’s when I realized that’s just kind of where I thrived,” Haines said. “I loved being in charge of the big picture idea where I didn’t have to deal with all the little nitpicky stuff but I got to make sure everything was organized and make sure everyone else on my team was working effectively.”

As a state officer, Haines felt as though the project that allowed her to grow the most was putting together the state convention. The Key Club State Convention is an annual event held in Indianapolis that draws Key Club members from across the state of Indiana.

The purpose of the convention is to conduct elections to elect leaders for the following year, perform policy changes, put on community service workshops and to simply get the Key Club members from across the state in one place.

After countless hours of planning, Haines and her team went to Indianapolis for the convention and had 24 hours to make sure everything was set up and ready to go.

Haines said she had a stutter growing up, and that was very difficult for her confidence. Becoming a state officer and having to give several speeches helped increase her confidence and aided her in finding her voice.

As a result, she has to work a lot harder than most people to speak well. When Haines is focused and has a positive mindset, she becomes a stronger, more confident speaker.

“The more you practice and the more confident you are, the easier it comes,” Haines said. “If you keep trying your best, then your best will get better.”

After years of thinking she was not good enough because of her stutter, Haines finally realized how that mindset was holding her back.

She was able to switch her mindset to one in which she thinks about how others can benefit from her doing her best. This is something that she learned through her participation in Key Club, as a member aiding the community and also as a leader, leading and guiding those around her.

“The more I stretched myself, the more I realized I have a lot farther to go,” Haines said. 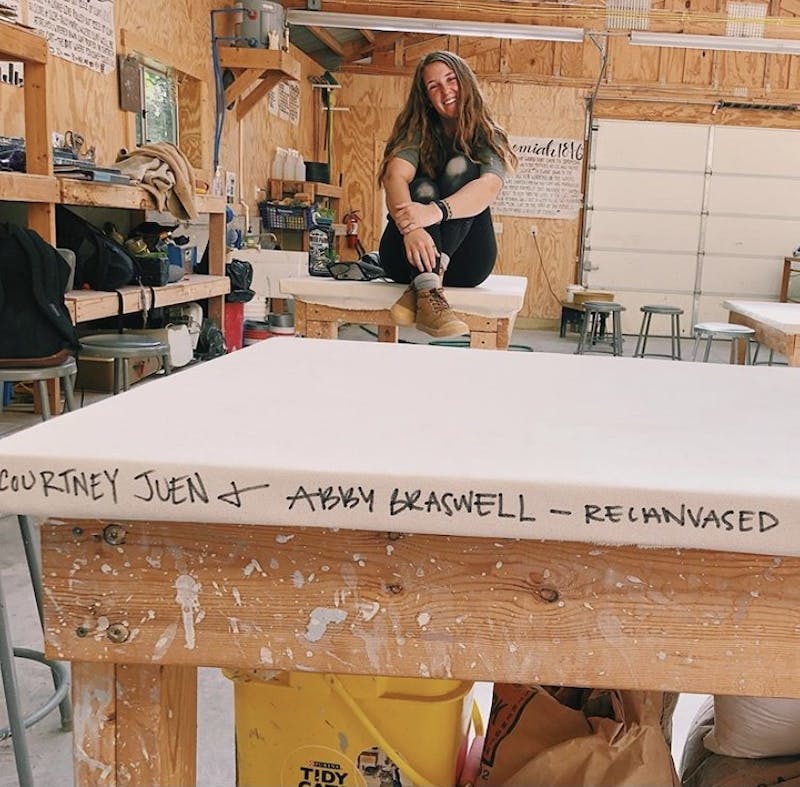