De’Ariss Hope takes on the world through music

“Music is like therapy to me,” sophomore De’Ariss Hope said. “When I’m happy I write. When I’m sad I write. When I need to remember something, I write.”

Music is how Hope experiences the world. It all began on a keyboard and his mother’s computer his freshman year of high school. Flashforward to now, Hope released his first EP, ‘D.Hope Vs. The World’ in August, and this is just the beginning.

Though Hope’s music career admittedly began on a rocky start — his first mixtape released on SoundCloud with the help of Apple headphones his sophomore year of high school — he has since honed his craft of R&B and Hip Hop, drawing inspiration from life.

“Most of my songs are about my life,” Hope said. “The good times, the bad times. The things that keep me up at night, and get me going through the day. I also talk about my faith too, and the ups and downs of it.”

Hope wants his music to encourage his listeners, to let them know they are not alone in the world. Using his relationship with God as a source, Hope said he wants people to know that no matter the situation, God always has their back, and that there is always someone who cares.

While Hope desires his music encourages those who listen, at the end of the day, Hope creates for himself.

“I make music for myself,” Hope said. “I don’t necessarily have a target audience, because I feel that art is something that you make for yourself, not anyone else. That’s why it doesn’t matter much to me about what people think of my music. I do hope that my music allows some people to be able to relate to someone, and know that they’re not alone and they can push through whatever their situation is.”

His creativity ignites at night as he puts himself in the zone, but Hope refuses to force anything. Sometimes, it is just not time to create. And though Hope is also known for his poetry, as displayed at the Breu Patio Concert earlier in the semester, he keeps them separate, going as far as to have designated notebooks for each. To Hope, they are different styles, though he uses similar stories for both art forms.

Hope is inspired by Dave Chapelle, a stand-up comedian, actor, writer and producer, though not because they design similar art. Hope admires how unapologetic Chapelle is about his art, and he wishes to incorporate Chapelle-like honesty into his music.

Apart from music, Hope is a film major, and he hopes to eventually focus more on filmmaking; however, Hope said he will never stop making music, even if it never graces someone’s ears.

Whether it is for therapy or inspired by the setting sun causing his creativity to flow, Hope finds the most enjoyable part of any project is when it is completed.

“My favorite part of making music is when everything comes together,” Hope said. “When I finish putting the mic together, or when the project is mastered, hearing where the project started go to its finishing point is so magnificent to me

Currently, ‘D.Hope Vs. The World’ is available on all streaming services under the name ‘D.M.B D.Hope’ and listeners can expect new music soon. 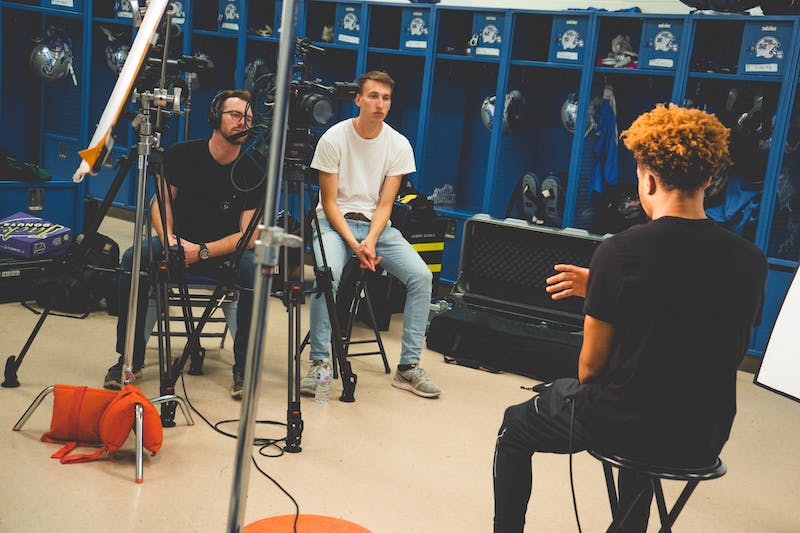