The words “United we stand, divided we fall,” were not only a chant at the Say Their Names Unity March but the core message of it all.

The past six months have been marked by protests in nearly every coroner of the States, not to mention across the world. In the United States, 93% of protests were considered non-violent according to a report done by the Armed Conflict and Event Data Project (ACLED), which amounts to just 220 protest locations out of 2,400 being violent, a number less than 10%. And yet, in a survey cited by ACLED, 42% of Americans believe Black Lives Matter protesters are trying to “incite violence or destroy property.”

With this in mind, it would only be logical for tensions to be high going into a march, though it was not affiliated with Black Lives Matter movement and was separate from the march that took place less than a week prior led by sophomore Devontez Tate.

However, the Unity March, led and organized by sophomore Liannah Foster, was met with little opposition. Rather, the march brought a united front to face the current racial issues, fulfilling Foster’s desire that it would unify God’s people fighting against injustices peacefully.

“Over the summer, there were a lot of killings going on, such as Breonna Taylor,” Foster said. “I asked God what’s something that I can do, and I waited for God to give me a sign. Once we got to Taylor, unfortunately there was (the) shooting of Jacob Blake. I felt like that was my calling to finally just do something, to (take) action. I continued to pray, just in case, but I really felt like this was the time to (march).”

Foster’s main goal for the protest was that it was God-honoring, which was fulfilled through the organization of it. She managed this by opening the protest in the reading of Scripture and prayer, and ending it with prayer and worship. Foster even made it clear those attending the march must abide by Taylor’s COVID-19 precautions and people did: every one of the nearly 300 marchers appeared wearing masks. We at the Echo appreciate every prayer and careful action with consideration to COVID-19 and God that was taken by Foster.

Desiring to remind people that this march was not just for Black lives but for everyone, Foster declared that we are all God’s children, no matter our skin color.

This desire became a reality as the protest began to unfold. In the crowd, there were students of all colors, professors hand-in-hand with their kids, one woman was even in a wheelchair — all united under the idea of justice for God’s children. It was a powerful sight, one that we were in awe of and consider ourselves lucky to witness.

One of the marchers, professor of biblical studie Bill Heth, said it was great to see the unity of people, not just in words but in action.

Another marcher, senior Clarisa Paschall, remarked on how proud she was of all who participated and how it was obvious that the protest was Christ-centered.

For Foster, people taking note of the centering of Christ was exactly what she wanted.

“This is more than I ever could have asked for,” Foster said. “This is God coming through to people and telling them that we can stand together. This is something that I never thought I would be capable of doing and the fact that I'm so small, but I'm doing something so big to glorify God — it means the world to me to see all these people (marching).”

Vice President for Intercultural Leadership and Church Relations Greg Dyson also attended and aided Foster in the organized and publication of the march. Dyson stressed the importance of a student-led event such as the Unity March in creating a conversation with students and faculty about breaking down tensions surrounding racial issues.

Dyson said events driven by students is what being a student is all about, and he is happy to stand by them and help navigate.

“I’m 54 years old, things are different than I've ever seen in my whole life, ethically, racially,” Dyson said. “I think that means something. And I think we should talk about what it means. I think that there’ll be forums that’ll come out of this; opportunities for people to talk will take away the stigma of talk(ing) about racial issues. It's not just a people of color conversation — it's a conversation for all of us as a campus together.”

Starting a conversation was also a desire held by Foster: she hopes Taylor will talk about these situations and that they will be more accepting of the voices of students of color because currently, she feels minorities are not in a position to say what heavys their hearts.

The Unity March was led in peace and with respect for God and all his people. And when a Trump flag was seen in the window of Sammy Hall, it garnered no attention from the crowd.

The overarching goals of the march were the desire for change, conversation and to unite us under God. Though this march was led by students, those protesting call on a response from Taylor’s administration to help in the fight against racism and we hope Taylor will answer.

While we considered what to write about the march, we realized that it was not controversial and the overall majority consensus was in support. It was a march for justice and peace, and coming to the conclusion that the march was successful and carried out with respect for God and Taylor students was incredibly easy. This march was not a topic to debate, it was simply and unarguably done beautifully.

We, as students, are witnessing an era of change, and we have the chance to be a part of it. We, as Christians, must also stand with our fellow brothers and sisters in Christ and those who experience racial injustices for we are called to defend the oppressed. The Echo Editorial Board believes the march was a step in the right direction but our action does not and cannot end there. Those who have privilege must continue to use it to speak up and amplify the voices of Black, Indigenous, People of Color and others whose voices are being muffled; if not, lasting change cannot take place.

And therefore, the statement chanted throughout the march acts as a guiding light in handling racial issues and tension: united we stand, divided we fall.

“This (is not) an all lives matter protest, but this isn't a strictly divided type of protest,” Foster said. “This is a march that is peaceful and it is for all of us. It's for our brothers and sisters of color, but we asked our majority brothers and sisters to stand with us towards this injustice and to stand up against all violence against people.” 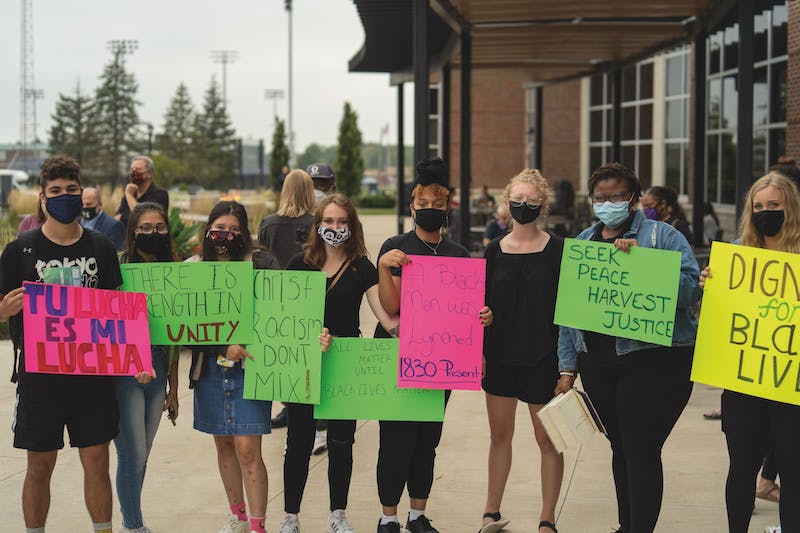 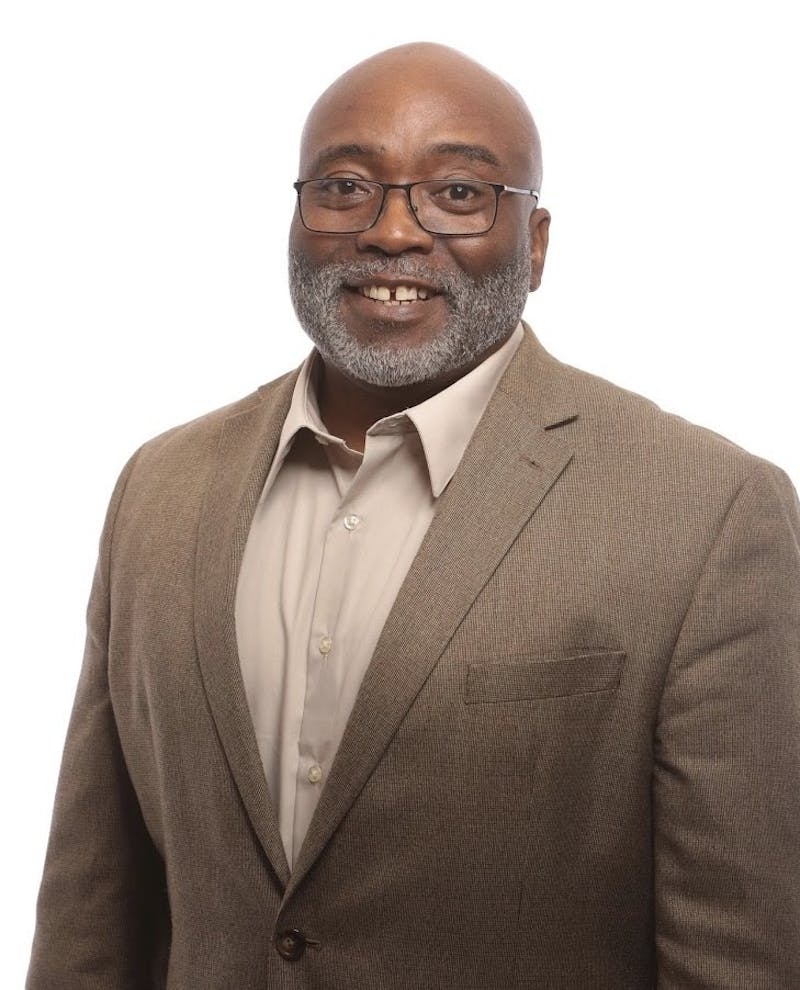