Stepping into the office of the Rev. Gregory Dyson, vice president for intercultural leadership/church relations, one painting immediately jumps out at the viewer.

The painting is a grayscale self portrait of a college student with a tug of war going on between the artist’s own hands covering her mouth and the hands of her friends of color pulling her hands away from her mouth.

“She said she was from Maine and everybody from Maine is white,” Dyson said. “She said when people talked about diversity she did not even know what to do with it. When she came to college she felt like she should be quiet — that it was not a conversation for her. But actually, her friends of color encouraged her to speak up, to share her thoughts and it was kind of in that moment that she realized she had a voice but she only had a voice because other people gave her the strength to be able to share.”

Every wall in this office is filled with art made by family and friends. Each piece has its own story and reminder.

These choices reflect the administrator’s own philosophy of life. This revolves around looking towards eternity in every situation while also recognizing his limitations.

“The work is infinite, but we are finite,” Dyson said.

With this in mind, Dyson and his team have put together some new initiatives to improve cultural relations. The first of these is a policy against racial harassment.

This policy is meant to provide a standard for what constitutes racial harassment to remove ambiguity.

Another initiative involves opening the door for more people of color to be a part of the conversation in big decision processes — the Intercultural Leadership and Church Relations Committee.

“One thing that we can do is create (a) voice for everyone to be able to speak,” Dyson said.

The third and final initiative is the Church Relations Strategic Committee. Their responsibilities include partnering with the churches in the area to promote diversity ideation.

These new initiatives came after Dyson’s years of experience working with diversity. His observations granted him valuable insight into what is missing from the conversation.

“What we’re really great at is recognizing the struggle,” Dyson said.

Dyson noted that the standard response to diversity was to talk about problems that needed to be changed. This created a heavy atmosphere.

He wanted to flip this conversation on its head. He believes that these hard conversations can be turned around to be seen in a more positive light.

“How do we celebrate and how do we engage diversity?” Dyson said. “That does mean that sometimes we are actually going to talk about diversity in a fun way. The things that we deal with are not easy. But then on top of that, there is this point that we can work through those things together.”

This idea of togetherness invites the student body to be a part of these new changes. In essence, creating space at the table for everyone at Taylor.

Though the painting in Dyson’s office depicts a specific friend to the reverend, it represents the diversity journey that he desires for every student.

Dyson expressed this best in his own words, “Intercultural leadership is not just for a student who comes from a certain background, it's for all of us so that we can all function well together.” 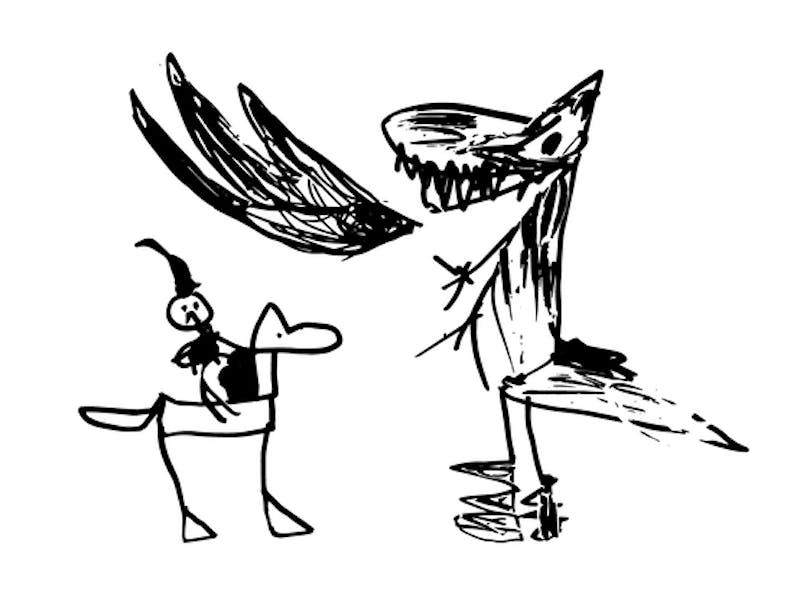