A love for creating. A passion for music. A desire for self-determination. And the courage to take a risk.

Alumnus Landry Long (‘20) curated these core ideas and created something inspired by the sun and his close bond with his friends: a production company named Sol House Film.

Constructed at the beginning of 2020 and only becoming an official in August, Sol House is already established with a team of directors, producers and cinematographers — all of whom are Taylor alumni.

“I met my crew at Taylor and my friend, Jake Vriezelaar, is one of my closest friends and we work on pretty much every project together — we’re like a duo: I direct and he (is the director of photography,)” Long said. “From there, I met Kelsea Denney and I got to know her. Building those relationships while I was at Taylor was huge in figuring out the people who I could see myself working with.”

The idea for first approached Long while he was finishing up his film degree at an internship in the heat of California. Long had to choose between remaining in LA and hoping to receive a job from the company he was interning for, or starting anew and alone.

Following his independent character, he chose the freedom and with it, he founded a family.

Part of this family is Kelsea Denney (‘20)  who is the assistant director (AD) for Sol House. With the experience of working on projects with Long at Taylor, in California and Indiana, joining the team was only natural for Denney.

What was unnatural to Denney was the role of AD, at least at first. Only after a Taylor trip with Long her sophomore year to the Sundance Film Festival in California was she positive of her position.

“I probably would have never gotten into something like this if it wasn’t for Landry,” Denney said. “He just automatically started pulling me into his projects and was like, ‘Why don’t you come to set and help out?’ Since the first (music video) that I did which was two summers ago, I’ve done every project with Landry that he’s done. After I came back from LA, I knew that I wanted to be an assistant director.”

One of these projects Long and Denney collaborated on, even prior to the forming of Sol House, was a music video for an up-and-coming band, Leland Blue. This was the first of many projects they produced for the band and as Sol House came to fruition, the partnership with Leland Blue only flourished.

As Sol House grew, so did the number of music videos for Leland Blue, until now, they are partners and even more so, friends.

Taking their popular hits such as “Lying to Myself” and “Starting Over,” Leland Blue gave Long full creative control over their videos.

“It’s definitely weird to hand over something that we’ve created to another person,” Connor Robertson, one of the band members said. “But also (that is) the beauty of being an artist — giving your art over to the other creative person to let them express themselves through your art in different ways. There’s something very beautiful about that.”

So far, Sol House has produced four of Leland Blue’s music videos and they both agree their partnership is one they see continuing to bloom in the future.

Through working with Sol House and Long, Denney discovered one key aspect that led her to create videos for a rising band: she created her own opportunities.

“It took me saying yes,” Denney said. “If you want to succeed in film — whether that’s in your own film company — your success is based on your willingness to put yourself out there. If you want to be in film, you have to be willing to make your own opportunities.”

It is for that reason, Long takes his balance of confidence in his competence and trusts he is in this field for a purpose.

Long and Denney, though both recent graduates, broke into the film business and produced multiple music videos for various artists. And they both agree, without risk, there is no success.

“Two years ago, thinking that this could be a possibility would have never crossed my mind,” Long said. “It’s acknowledging that we have such a long ways to go and we all have so much more room for growth. At the same time, taking a step back and being like, we’ve worked our butts off to get to this point, and I think it is something that we should still celebrate and enjoy with each other.” 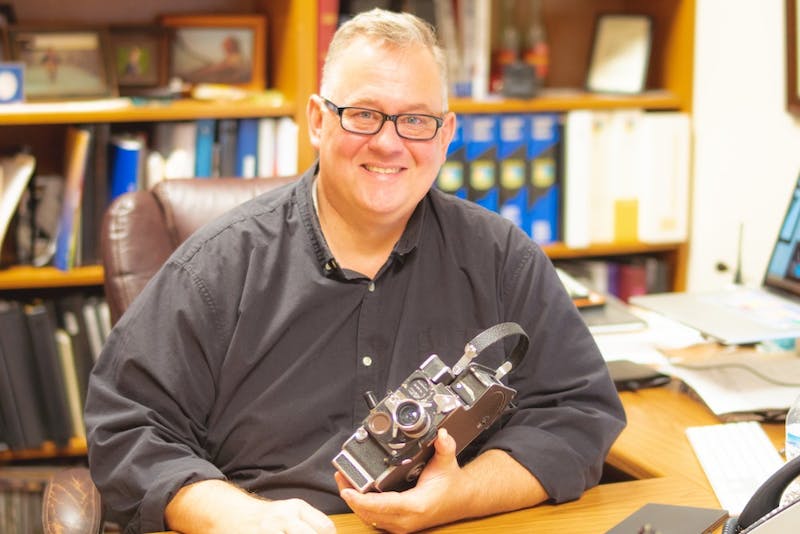