“The Good Place” provides a lesson in ethics as Eleanor Shellstrop struggles to fit into the afterlife.

“I know it sounds crazy. But if it weren’t crazy, they wouldn’t call it a leap of faith. They would call it a sit of doubting.”

So muses Eleanor Shellstrop, the lead protagonist of the existential NBC comedy, “The Good Place.” It could just as well have been used by series creator Michael Schur to pitch the concept of his show to producers.

A long-form comedy set in a dysfunctional cosmic afterlife featuring a willfully awful protagonist was certainly not standard fare for network television. Nor were its major plot points revolving around lectures on ethical theories, grappling with the nature of morality, space and time. And yet, it worked, and so was born one of the most brilliant comic works of this century.

In his newest show, Schur (best known for creating beloved traditional sitcoms “Parks and Recreation” and “Brooklyn 99”) crafts an eccentric metaphysical world that only sprawls wider and deeper into the collective subconscious. Here, abstract concepts such as time and morality take on concrete form and every episode becomes utterly unpredictable.

The story follows Eleanor (Kristen Bell), whose life of gleefully only looking out for herself comes to an abrupt end following an incident involving a bottle of margarita mix and a stampede of runaway shopping carts. She wakes up in “The Good Place,” a saccharine, candy-colored afterlife of perfect people and infinity-flavored frozen yogurt. Her neighborhood is run by the cheerful but hopelessly nervous Michael (Ted Danson), a cosmic “architect” put in charge of his first solo project.

Eleanor is matched with her supposed soulmate, Chidi Anagonye (William Jackson Harper) and sent off to her “dream home,” a clown-coated minimalist cottage where it quickly becomes apparent she has been mistaken for someone else. Knowing she doesn’t belong, Eleanor struggles to fit in with her fellow Good Place residents, but their neighborhood quickly begins to turn haywire. Fearing she is the cause of the rampant chaos, Eleanor turns to Chidi, a clinically indecisive ethics professor, to try and teach her how to be a good person before she is discovered and cast out to eternal torture.

This high-stakes concept sounds hard to sell, but the writing team proved to be ably up to the task. The show clicks as the combination of a wholly new world, brilliant cast and snappy comic dialogue crafts a compelling story that keeps the viewer clicking for the next episode. What truly sets it apart, though, is the ethics.

The show does not shy away from the central ethical dilemma that powered all four of its seasons: What defines morality and why do humans pursue it? The dysfunctional nature of this imagined world’s cosmic powers becomes more apparent as the journey progresses, but the philosophers and theories that Chidi tries to pass on to Eleanor and her friends are very real. Scenarios like Philippa Foot’s famous “Trolley Problem” become integral plot points and different theorists are name-dropped as commonly as politicians who wound up in the Bad Place.

There are few comedies in the marketplace that can leave the viewer with deep, meaningful content to dwell on as the credits roll while still providing a wildly entertaining story. It is best watched at the same time as friends, because it is sure to prompt discussion.

In the end, “The Good Place” (Seasons 1-3 available from Netflix, the 4th and final expected to be added this summer) is ideal quarantine viewing, not just because its episodic, cliffhanging nature lends to binge-watching, but because it is a rare show that invites the viewer to expand how they think about their world. (5/5) 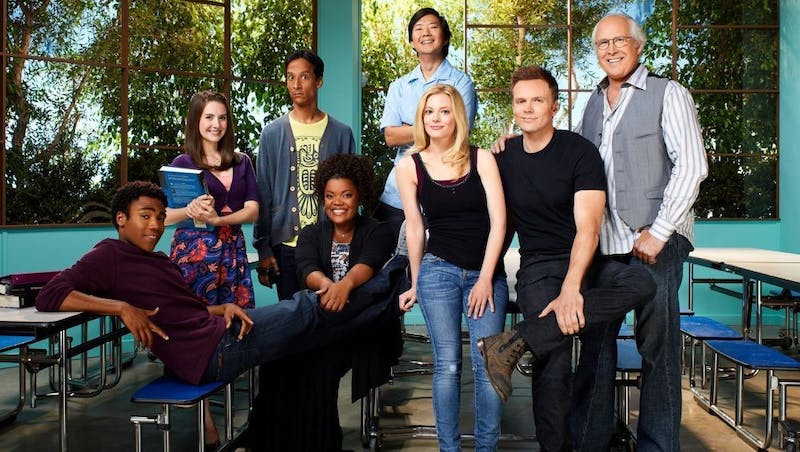 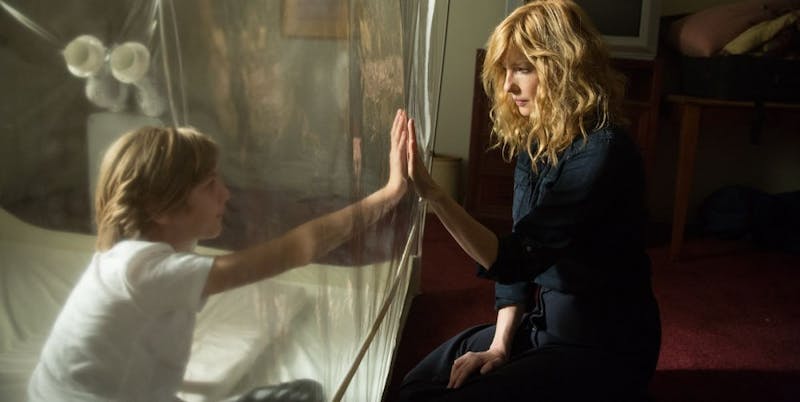