Senior Nathan Sahly was the only senior on the Taylor Men's Lacrosse team this year. (Photograph provided by Taylor Athletics)

Every Taylor student athlete reads an article titled “Sweeping the Shed” about the New Zealand All Blacks rugby team, and how they cultivated their culture of winning. It is through the small things, such as cleaning the facilities, that success is created.

Senior lacrosse player Nathan Sahly has been the model of doing the small things to help develop the second-year program.

“I appreciate the sacrifices Nathan has made for our program and the leadership he has provided,” said Head Coach Chad Newhard. “I’ve told my team this, ‘you guys are building a program; in ten years when there is a new group of Taylor lacrosse athletes the guys who I am going to be talking about who built our program are the guys who are in our program right now.’ You know? The Nathan Sahlys that are leaving a legacy for Taylor lacrosse.”

Sahly came to Taylor as a transfer sophomore that had just finished his first season playing football for the established Wheaton college program, a perennial top 10 team in Division III of the NCAA.

As a Trojan he traded in his pads for a lacrosse stick and was one of the co-captains for Taylor’s inaugural varsity season.

“The most difficult journey of my athletic career was definitely that transition from a really established program in Wheaton college playing football to a brand new program with a new head coach and a lot of underclassmen and a lot of uncertainty,” Sahly said.

This year Sahly was the lone senior on a squad posting talented underclassmen along with Newhard in his first year as head coach.

“There's not alot of stats to go with (Sahly),” Newhard said. “He set up our defense, he did a really good job of communicating with guys letting them know where they were at, I think some of the stuff he did for our team doesn’t necessarily show up on a statsheet.”

Which is impressive seeing as Sahly will be leaving as the Taylor record holder for ground balls and forced turnovers with 109 and 36 respectively in his career 13 games.

“The night that we found out our season was cancelled I went out there to the grass field and the biggest thing that I will miss is the mundane,” Sahly said. “Of just coming to practice every day and being able to be goofy with some of my best friends for the first five minutes and then doing something and doing something well.”

As the only senior on the team, Newhard placed a responsibility on Sahly’s shoulders as one of the leaders of the team. Sahly embraced this role wholeheartedly and was a presence off of the field as well, thoroughly investing in his teammates through all facets of their lives.

The program is only in its second year and many of the players are only in their first and second years, but they have already become a tight knit group despite their season being cancelled.

“I want to be remembered for the idea of leaving the program better than I found it,” Sahly said. “Continuing to push guys not only on the field but off the field, through investing in them and the relationships as friends, in their spiritual life, their schoolwork and their lives outside of lacrosse.”

An idea he wants to leave the program with is that when you come to Taylor to play lacrosse, you come for more than to play a sport. Sahly views lacrosse as a way in which to deepen the community at Taylor, rather than pulling away from the community.

Next year Sahly will be back at Taylor in the fall living in the apartments as he student teaches. Tentatively, he will be student teaching social studies in Upland for the first half of the semester and in Germany for the second. 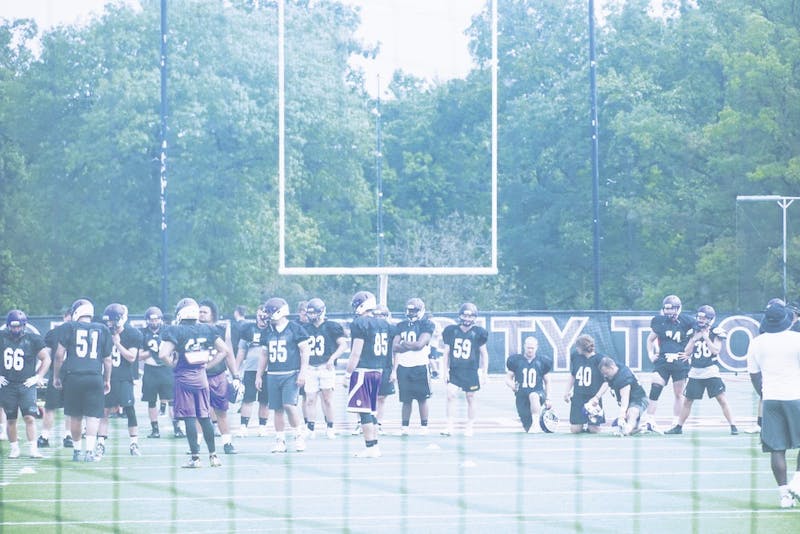