Taylor had a thrilling conference tournament, with two games coming down to the wire

This weekend, the Trojan women’s basketball team competed in the Crossroads League Tournament. Although they fell just short, the journey they took through this competition was just as exciting and mesmerizing as the rest of their season.

In game one, Taylor faced off against Mount Vernon, a team they had already beaten twice. Just like their first meeting, this game was close all the way through. Despite a third quarter surge by Mount Vernon, the Trojans came away with a 68-66 win.

A great team performance by the Trojans was capped off by a fantastic 28-point effort from senior Becca Buchs and four steals from senior Sydney Huffman. Each of the Buchs sisters put in 40-minute shifts and helped their team stay alive in the tournament.

After advancing past the Cougars, Taylor came up against the Huntington Foresters. Despite four Trojans scoring over 10 points each, the Foresters refused to go down without a fight. Any time Taylor pulled ahead, their opposition clawed their way back into the game.

“It’s hard to beat a good team multiple times, and we were trying to beat a great team for the third time,” Huffman said about Huntington.

In the final minute of the contest, senior Abby Buchs came up huge with a free throw and a block on the other end of the court to keep the lead. The Trojans squeaked out a nail-biter with a score of 66-64.

“When it’s that late in the game, you just need to focus on what the team is trying to do,” Abby Buchs said about her late game impact. “You don’t feel tired when all of that adrenaline is running through you.”

After dispatching two tough opponents, the Trojans were ready to face the winner of the other Crossroads League semi final between IWU and Marian. It would be a huge game either way; either Taylor would get to face rival IWU for the Crossroads crown or they would come up against the formidable Knights.

After a Marian victory, the Trojans and Knights met in the Crossroads Championship for the third consecutive year.

The game kicked off with little to separate the two teams; each one had beaten the other in the regular season, and they sat at numbers one and two in the Crossroads regular season rankings. A tight first quarter gave Marian a four-point lead that they would stretch to 18 points by halftime.

After the half, there was little the Trojans could do to make up for their second quarter. Marian was victorious, ending the game with a score of 93-75.

“In the Crossroads League, home court advantage is huge,” said Head Coach Jody Martinez about the game. “When you’re on the road, it can feel like you’re already down 10 points when the game starts. Marian is good, but they were hitting shots that they hadn’t hit all year.”

This has been a truly magical season for our women’s basketball team. Game-winners galore, dominating blowout performances and a competitive grit that most coaches would kill for have made this team the most exciting show on campus.

“We have a group of seniors with a mindset of toughness; they don’t want to lose, they want to show what they can do on the court each and every game,” Martinez said. “This is the kind of season that you just don’t want to come to an end.”

This legendary senior class of Haley Stratman, Jamie Netzley, Sydney Huffman, Abby Buchs and Becca Buchs has given Taylor plenty to be excited about. During their time here, they’ve played in three Crossroads League Tournament Championships, three NAIA National Tournaments and showed our campus what true commitment to your craft looks like.

The run isn’t over yet, as the NAIA National Championship Tournament kicks off on Wednesday, March 11 in Sioux City, Iowa. Taylor will take on Union at 1 p.m. as the two seed in the Naismith region. The Trojans are poised to make a run for the title, but regardless of the result in Iowa, all of us at Taylor should be proud of what our team has done this year. 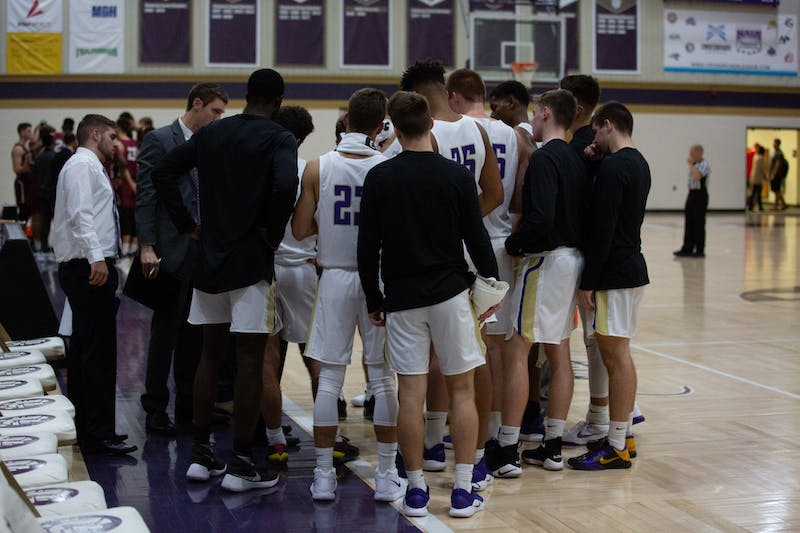