A look into my years as the Friday guy

To be the Friday guy seems simple enough — all you have to do is scream a few simple words on a weekly basis at the end of chapel. Not too hard.

While there is a nervousness that comes moments before the yell (or maybe it started at the beginning of chapel), it’s a fun kind of nervousness. The same type of anxiety an athlete acquires before taking the field or court for a game.

Whether you like the Friday yell or not, I hope you can appreciate the history and tradition the Friday shirt brings to Taylor. There are certain core traditions at Taylor such as Silent Night, pick-a-dates and the Friday shirt which contribute to Taylor’s unique culture.

These traditions, including the Friday shirt, only exist because of the small size and type of school Taylor is.

If you’re wondering what it’s like to be the Friday guy, it is an honor.

I believe I said something similar in a 2017 Echo article when I first got the shirt and the feeling has not changed. Sure, everyone knows who you are and you get tons of questions like, “Do you ever wash the shirt?” “Who sets you up at the end of chapel?” “How is it decided who gets the shirt next?” and so on, but the historical richness embedded in the Friday shirt is what stands out.

Like many wings on campus, Third West Wengatz has tons of traditions. This one started in 2001 with Alan Briggs (’05) becoming the first Friday guy. His brother JR Briggs (’01) initially acquired the shirt but Alan transformed an ugly shirt into a tradition.

While I have not met all the past Friday guys, I have met and conversed with JR, Alan, Jeff Yoder (’14) and Robbie Brandkamp (’17) — who gave me the shirt. The Taylor community is like a family, and this is also lived out with the Friday guys.

It’s astonishing enough to think about all the people that have lived on the same wing before me, but to also hold, wear and carry out the same tradition five guys before me did is even more astounding.

This is what I take away from the Friday shirt. Everyone looking at me at the end of chapel and getting asked questions weekly is great, but to be a part of a historical tradition that connected me more with current and past Taylor students is the best part of being the Friday guy.

My friends joke that my head got too big ever since I got the Friday shirt (partially true), but I really do feel humbled to have been selected and I will never forget the feeling of putting on that shirt every Friday morning.

If you don’t know him, be sure to congratulate the new Friday guy, freshman Brigham Johnson. Like I said, a boosted ego comes with the position. 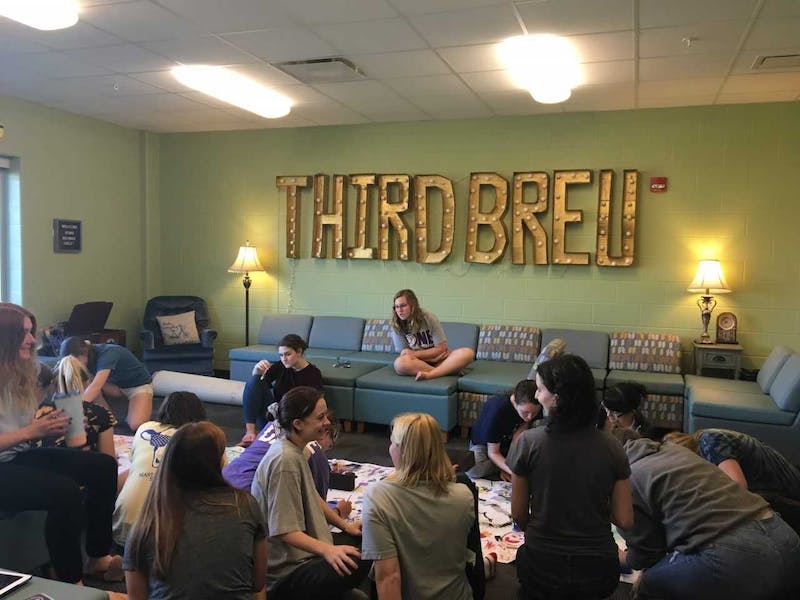 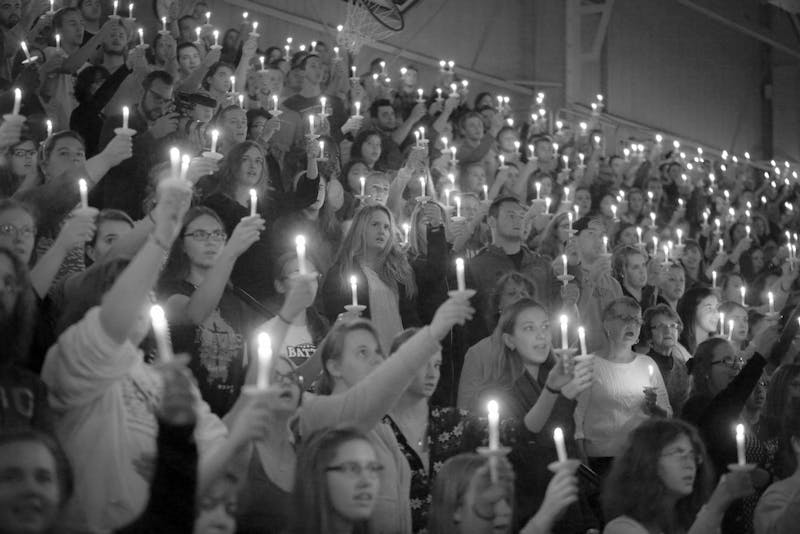